Veteran, 74, has message for people reluctant to get vaccine - We Are The Mighty

Veteran, 74, has message for people reluctant to get vaccine 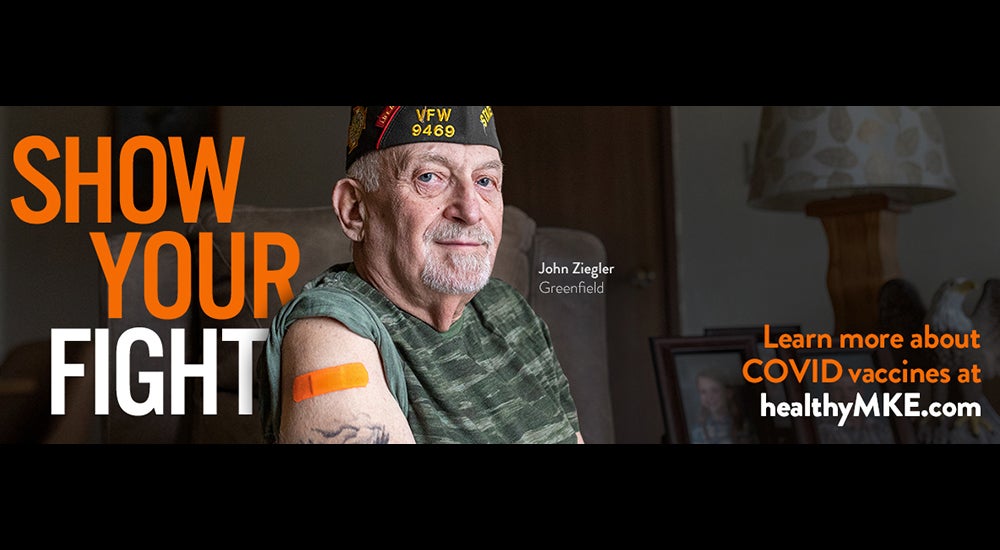 Vietnam Vet says we have to take care of each other

A familiar face to Milwaukee-area Veterans and the Milwaukee VA is doing his part to make sure people get the COVID-19 vaccination.

John Ziegler, 74, is one of a handful of Milwaukee residents featured in the Healthy MKE multimedia outreach campaign designed to reach people reluctant to get the vaccine.

“I feel it’s doing my duty,” he says in one of the commercials. “The more we get vaccinated, the sooner we can get back to doing what we want to do. We have to take care of each other. That’s what life is about.”

A Navy Vietnam Veteran, Ziegler is the Veterans of Foreign Wars’ state representative to the Milwaukee VA Medical Center. He has logged thousands of hours volunteering at the hospital and works tirelessly to raise funds and whatever else is necessary to help Veterans.

When he was approached to take part in the campaign, he didn’t hesitate.

“If it helps get the word out, it’s worth it,” he said. “The more people that get vaccinated, the quicker we get out of this thing, I hope.”

Ziegler got his shots as soon as possible earlier this year. Having been exposed to Agent Orange, he has diabetes and has “Only one working lung, and that’s at half capacity.”

That condition put him at high risk for COVID-19 and he responded by spending the past year being as safe as possible. He has limited outside interactions with others, dutifully wears a mask and keeps his distance among others.

Targeting residents who are still undecided

According to Healthy MKE, a coalition of local government, nonprofit, health care, public health and community organizations, the campaign targets residents of Milwaukee County who have been “disproportionately affected by the pandemic and are undecided about receiving COVID-19 vaccinations.”

“This campaign recognizes the importance of hearing authentic, relatable stories from local members of the community, from schoolteachers to retired Veterans, health-care workers, clergy, small business owners and more,” said Mara Lord, chairwoman of the Milwaukee area vaccine communications and community mobilization efforts. “It’s a way to both honor their unique perspectives and show how getting vaccinated is a way to express personal strength and commitment, so we can all get back to the people, places and things we love.”

“At least we tried.”

Ziegler realizes some people won’t get the vaccine. Though vaccine is plentiful and available for free to all who want it, clinics are having trouble filling time slots.

“We now have more vaccine than Vets who will take it,” Ziegler said. He added he hopes the ad campaign is successful but realizes some people won’t get the vaccine.

“I don’t know if this will change anybody’s mind. If it doesn’t, at least we tried.”