Accepting life’s changes: A veteran living with MS - We Are The Mighty 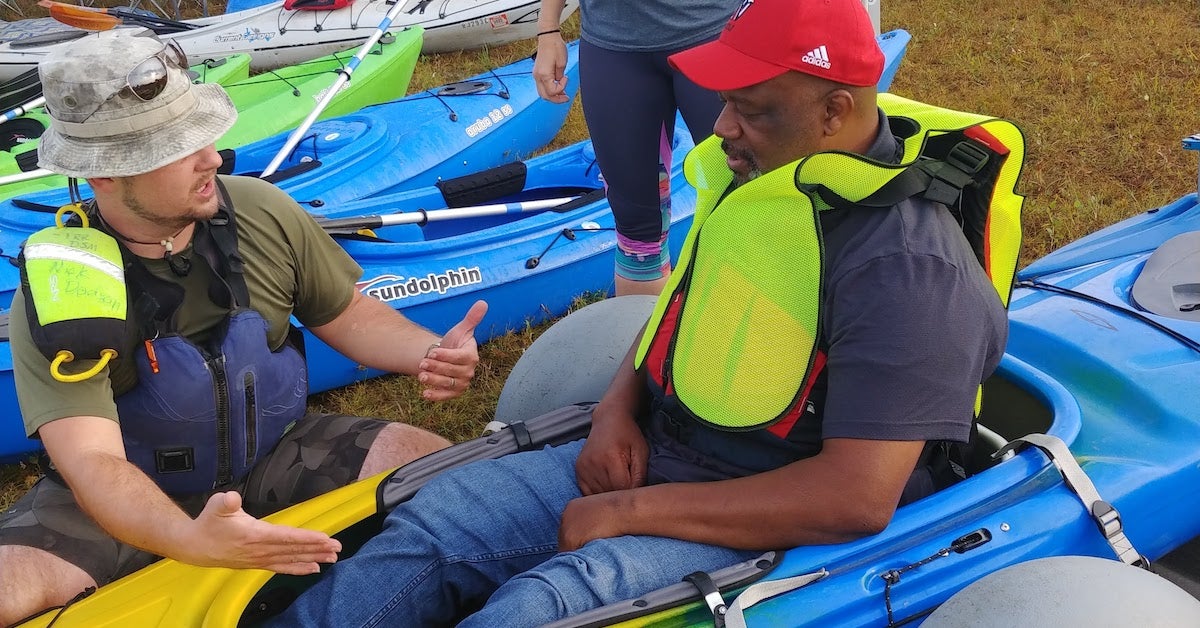 Michael Whittaker joined the military in July 1982 through the delayed entry program. He served in the U.S. Navy for 24 years, including 16 active and eight years in the Ready Reserve. Today, he lives with Multiple Sclerosis.

The following was written by Whitaker:

I remember a moment where an enemy was in sight during Operation Iraqi Freedom (OIF) and my fingers became numb. It felt like I had frostbite. I reported what happened to the physician, but he couldn’t find anything wrong. When I returned to the US, I had a series of tests and they figured it out. I was diagnosed with Multiple Sclerosis (MS) in 2006.

When I was diagnosed with MS, I knew nothing about the disease. While I was extremely active before I had MS, my activities diminished as MS started to change my body. Before MS, I felt there were no barriers to what I could do.

Getting Diagnosed with MS

With MS, I found myself having a pity party and I stopped participating in the things I loved. It didn’t help that I pushed my family and friends away following my diagnosis. Everyone seemed to have a suggestion on what I should or shouldn’t be doing. I didn’t want to hear people’s home remedies, that they “understood” what I was going through, or that I could still do so much even though I had MS. It wasn’t until I became affiliated with VA’s spinal cord injury program that my outlook started to improve.

I joined an MS support group where I could talk about what I was feeling and experiencing. MS symptoms are different for everyone, but members of the group understand and can relate to how I feel. They understood not just about living with MS, but about serving in the military and dealing with the PTSD I was diagnosed with. Talking with others helped me to look at things as achievable.

I found that I didn’t have excuses not to do things, I just had to do them differently. I discovered adaptive sports through VA: riding a bike, golfing, air gun shooting and sailing were now things that I could do again. I even took some cooking classes at my local VA. In September 2019, I attended the National Disabled Veterans Tee Tournament in Iowa City, Iowa, with about 400 other Veterans. It was amazing to see so many Veterans together, competing in sports and making the most out of life.

While my diagnosis of MS was difficult to accept, I’ve now educated myself about the disease and feel prepared to take on anything that comes my way. Whenever I tell my providers that I can’t do something, they don’t accept the excuses. They help me to break down barriers that MS has caused, or that I’ve created myself. Everyone is dealing with changes and difficulties in life, and I’ve learned that adapting is the best way to move forward.

Accepting the Challenges and Changes

I’ve also learned the importance of communicating, not just with family, friends and my healthcare team, but with others going through the same thing. MS has changed me. There are days that I miss my military lifestyle, but I’ve learned that I’m not that guy anymore and that’s okay. Life changes us. I feel I can lift my head high now because of all the amazing staff, nurses and doctors at the Long Beach, CA VA medical facility who have helped me.