#VeteranOfTheDay Marine Veteran Therrel Shane Childers - We Are The Mighty 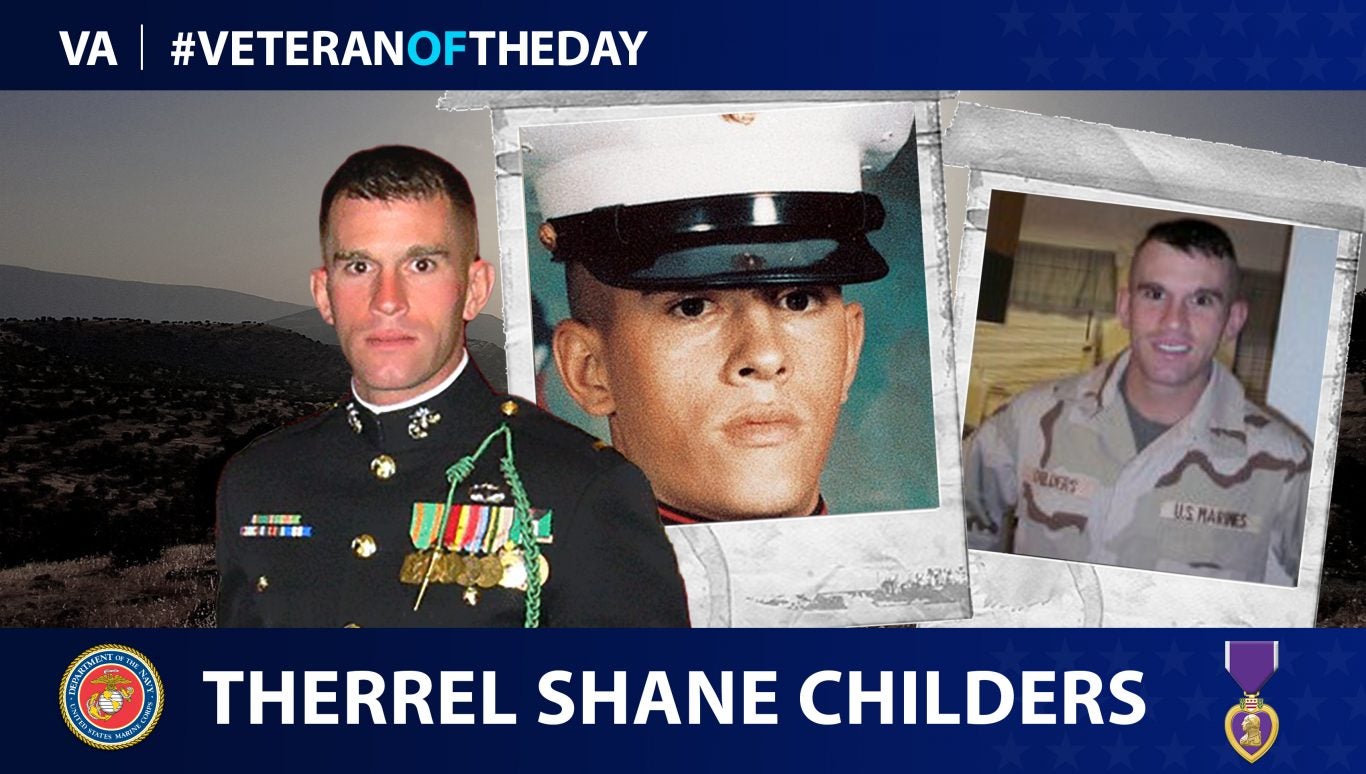 Therrel “Shane” Childers was born in 1972. Childers was from Harrison County, Mississippi. He was from a military family. Childers’ father served in the Navy for 22 years, his brother also served in the Navy for eight and a half years and several extended family members have served or are currently serving. Childers knew from a young age what he wanted to do when he grew up. In a Newsweek article from April 2003, Joseph Childers, his father, recalls the time he was stationed in Iran and took his 5-year-old son to the U.S. Embassy in Tehran: “He saw those Marines in their dress blues guarding the embassy, and he wanted to be one himself.” When Childers graduated from high school in 1990, he joined the Marines.

In 1991, Childers served during Desert Storm. After the war, he served at Camp Lejeune, North Carolina, and then on security duty at the American Consulate located in Geneva, Switzerland, and the American Embassy in Nairobi, Kenya. He later earned a slot at The Citadel in the Marine Enlisted Commissioning Education Program. The program allows selected enlisted Marines without a bachelor’s degree to earn a degree and a commission. Childers attended college during active duty, and he majored in French. Childers completed the program in 2001.

After training at Quantico, Virginia, he served as second platoon commander of A Company, First Battalion, Fifth Marine Regiment and deployed to Kuwait in February 2003. The Iraq War began on March 20, 2003. On March 21, 2003, Childers led his unit on a mission to secure an oil facility in southern Iraq. A passing civilian vehicle opened up with a burst of automatic fire and killed him.

Childers was the first American killed in Operation Iraqi Freedom. He was 30 years old. Childers posthumously received a Purple Heart and promoted to first lieutenant.

Nominate a Veteran for #VeteranOfTheDay

Do you want to light up the face of a special Veteran? Have you been wondering how to tell your Veteran they are special to you? VA’s #VeteranOfTheDay social media feature is an opportunity to highlight your Veteran and his/her service.

It’s easy to nominate a Veteran. Visit our blog post about nominating to learn how to create the best submission.