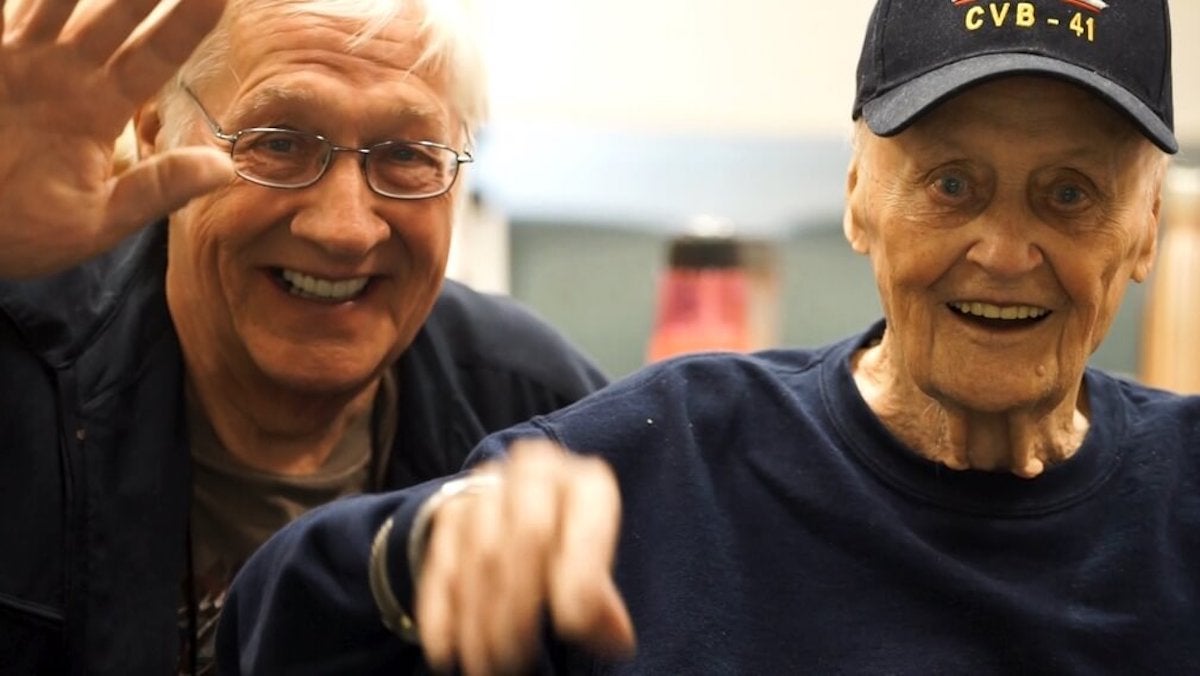 Long before the pandemic began impacting visiting resident veterans in VA homes, a sense of isolation and being forgotten was ever-present. One virtual reality company is working hard to change that.

Chris Brickler is the CEO of MyndVR, which aims to lift the isolation of older adults in nursing homes and improve their lives. By creating settings where veterans can relive cherished memories or create new ones, they are on the cusp of leading research that is seeing health benefits to virtual reality for these older adults. For Brickler though, this technology is personal.

“Someone like myself that has come from a military family background, [I have a] deep respect for the service provided. When I hear my grandfather’s stories of World War II — those will live with me for the rest of my life,” Brickler explained.

Part of what MyndVR hopes to accomplish is to create that engagement piece, especially in the face of so much isolation from the world.

“My theory is that as people age their 4 walls get smaller. If there is anything that we can do as a company and society to keep those walls expanding instead of shrinking, VR seems like a cool way to do it because we can bring the world with infinite possibilities to these folks,” Brinkler said.

Research has indicated that virtual reality is beneficial for dementia patients as well as those suffering from the effects of post-traumatic stress disorder. While the use of VR technology is still relatively new, it is promising. MyndVR’s website shares that the company has found a reduction in stress and anxiety and stimulation of memory and cognition. The best part of it all is the smiles it puts on the faces of those who use it.

MyndVR began its work with veterans’ homes in 2017 with the Long Island State Veterans Home. It was there that they launched their veteran’s initiative.

“When you take a war veteran on a magical airplane ride taking off the USS Roosevelt in the Atlantic Ocean … It’s mind-blowing,” Brinkler shared.

The company also uses a lot of music with their technology. Brinkler shared that research has demonstrated the positive impact music has on parts of the brain, even in the midst of deteriorating dementia.

“We’ve taken a night scene from the 1950s and reenacted and allowed a time teleportation for the viewer to go back to a table with a cocktail and a band playing songs from 60 years ago. We can now bring that with the music therapy aspect and socialization to them. It’s a really immersive way to inspire and help from a therapy point of view,” he explained.

As the pandemic hit, an already bleak reality for many nursing homes got ever bleaker as they were forced to stop leaving their rooms completely. And this Veterans Day, many of the nation’s heroes are still stuck in isolation.

“When COVID hit, it amplified everything we do,” Brinkler said.

The company also uses a lot of music with their technology. Brinkler shared that research has demonstrated the positive impact music has on parts of the brain, even in the midst of deteriorating dementia.

The company went into overdrive to create a safe way to bring MyndVR into veteran’s rooms so that they could have some joy amid increasing isolation and fear due to the pandemic.

With research indicating that seniors are at the most risk from the COVID-19 virus, safety protocols to protect them will most likely stay in place for some time. It is with this in mind that MyndVR is working hard to get this technology into every veteran’s home possible to provide joy and escape for those who need and deserve it the most.

With many veterans unable to physically leave and go anywhere due to their health restrictions and now the ongoing pandemic, this technology brings the world to them instead. Scenes of Paris, flying and musicals are just the tip of the spear for what MyndVR can create in experiences for America’s heroes and aging population.

“What I want people to know is that we are deeply committed to the health of our seniors and so many of them are veterans. We’ve created an entire channel in our company called Project Hero,” Brinkler shared.

“Building content for this audience to help in that overall healing modality is our deep commitment to veterans and their families.”