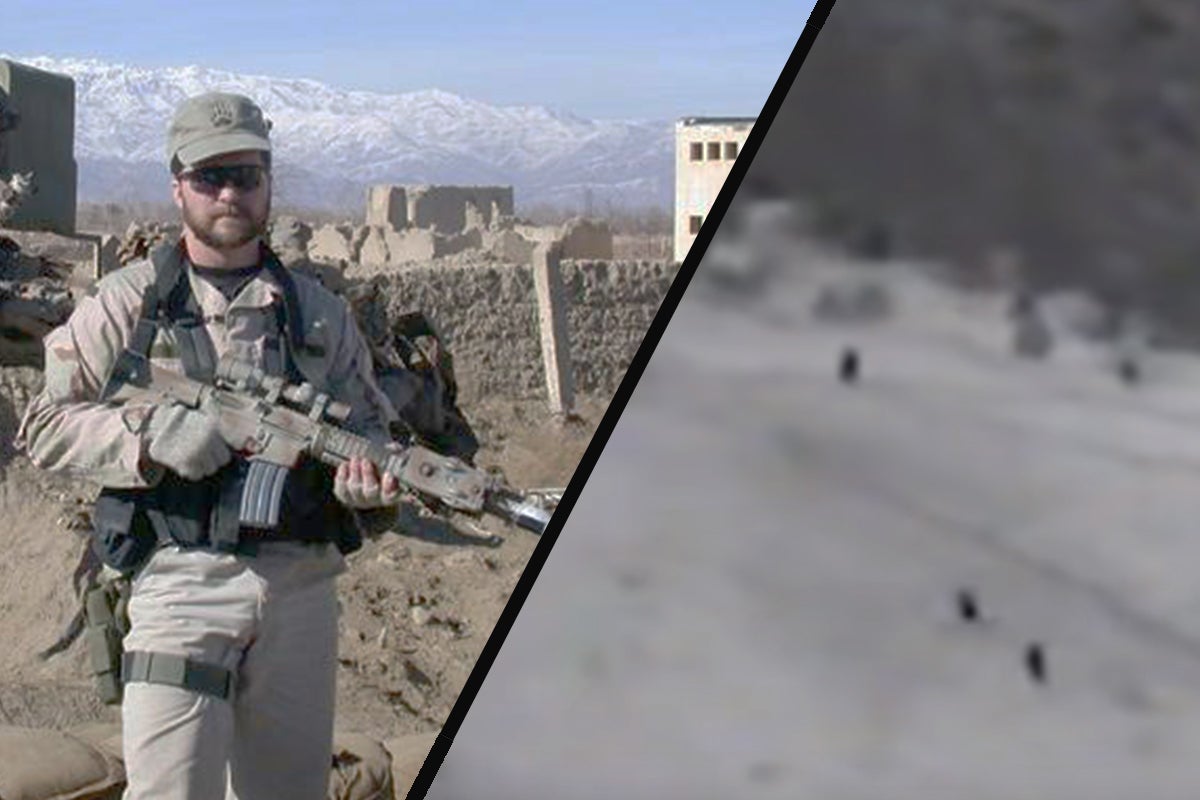 U.S. Air Force Technical Sergeant John A. Chapman was killed in action on March 4, 2002. He fought with courage and ferocity on the cold, snow-laden mountaintop of Takur Ghar, now known as Roberts Ridge.

Chapman was posthumously awarded the Medal of Honor for his actions 16 years later, on August 22, 2018. Not only did he fight through borderline impossible terrain to eliminate enemy fighters, but after he was mortally wounded, he regained consciousness and continued to fight. He killed several enemy fighters, one in hand-to-hand combat, in a valiant attempt to rescue his fellow teammate Petty Officer 1st Class (SEAL) Neil Roberts.

A U.S. Navy SEAL, Senior Chief Special Warfare Operator Britt K. Slabinski, was also awarded the Medal of Honor for his actions during the recovery attempt.

In a grainy drone feed recently released by the U.S. Air Force to the public, the heroic actions of Chapman are unmistakable. The video also gives us a glimpse into the courageous acts of every other service member on the ground — the SEALs, the Ranger Quick Reaction Force, and the air crews.

This video contains the last moments of American service members in combat, and for the first time in history, a Medal of Honor recipient’s actions in combat. A video like this cannot do their actions justice, nor can they give us 100 percent certainty as to the reality on the ground. But it serves as a reminder of the very real sacrifice many have made in the service of our country. Those who made it off Takur Ghar will surely carry those memories with them for the rest of their lives.

It was his first of 10 deployments in the Global War on Terror, and then-Sergeant Stebner was a young fire team leader in the 1st Ranger Battalion. “We were about three months into the deployment, and it was pretty slow up to that point,” he said.

Stebner recounted climbing the steep landscape, wading through the snow. Some fellow Rangers ditched their plates in order to make it up the mountain on time. “I was the point man as we went up there… I never did toss my plates though.”

When asked what it was like fighting on a slope like that — wading through snow with heavy gear after a merciless infil — Stebner said, “Man, by the time I got up there, I was going pretty slow. We all were. Traditionally, you go, ‘I’m up, he sees me, I’m down’ — but I was just staying up.  Going up and down that slow would have been even more dangerous at that point. But we pushed through it.”

Stebner knew what was on the drone feed, he was there when it happened — he was the one who found Roberts’ body. But when a video like that enters the public eye, it can change things.

The battle of Roberts Ridge is ingrained in Ranger history, but Stebner doesn’t talk about it often. As he progressed in Ranger Battalion, many of his younger Rangers had no idea he had fought there. One Ranger had known him for two years before he found out, and asked Stebner why he never told him. “Does it really matter?” Stebner said in response. “Whatever I do, I’m going to do regardless of whether or not anyone knows about what I did. You’re only as good as your last performance, so keep moving forward.”

Stebner reflects the quiet professionalism that defines the Ranger Regiment to this day.

The men killed in action during the Battle of Roberts Ridge