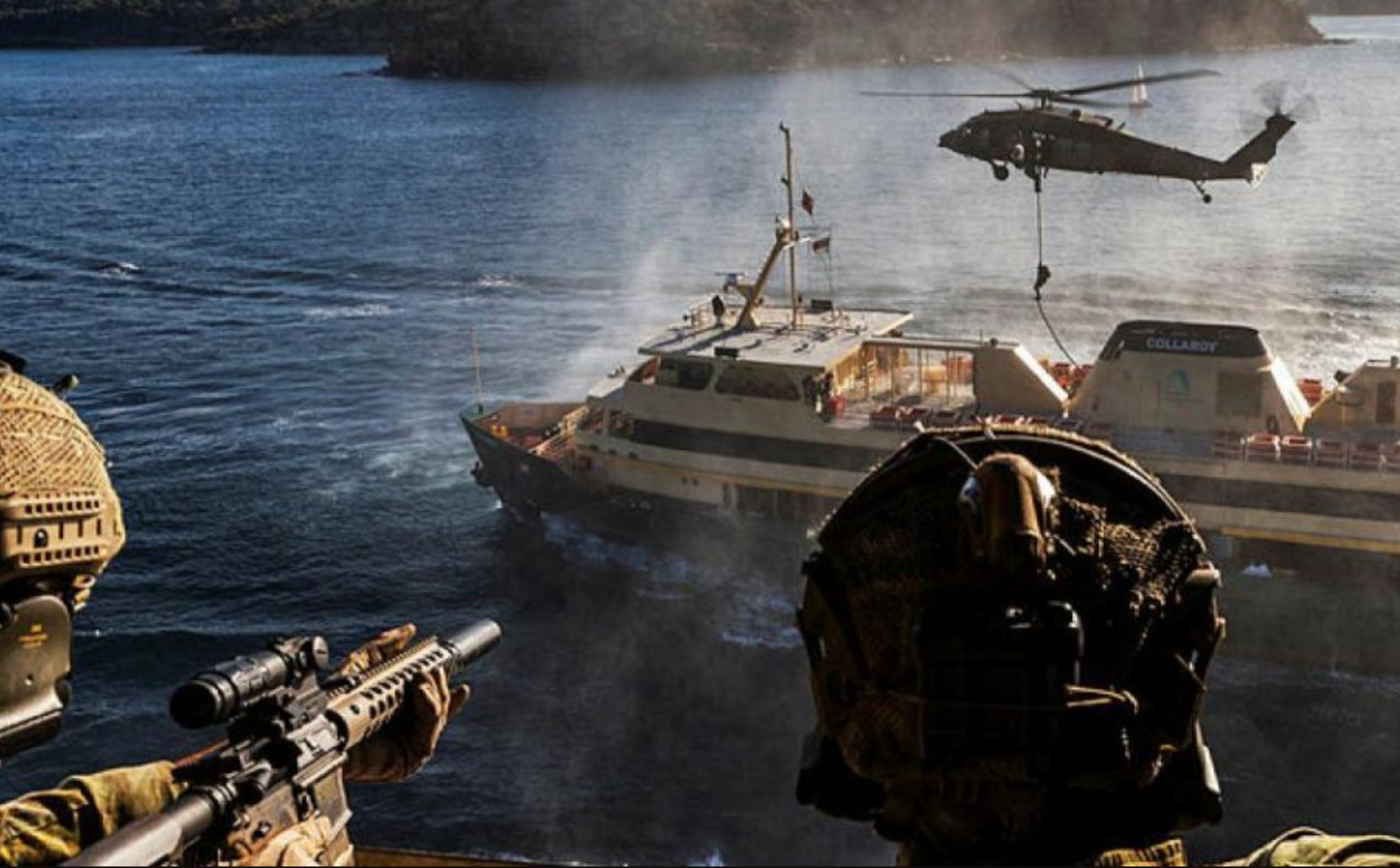 An Australian SA70 Black Hawk helicopter clipped a rotor blade during a counterterrorism exercise in the harbor of Sydney and had to perform an emergency landing in a nearby park.

The SA70 Black Hawk chopper was taking part in a maritime counterterrorism exercise, fast-roping commandos on top of a small cruise ship in the middle of Sydney harbor. It was holding station above the ship, having just placed its commandos on the vessel when one of its main rotor blades clipped a communications mast. Upon impact, debris scattered all over the scene.

But the pilots remained calm and coolly flew the aircraft to nearby Robinson Park for an emergency landing.

Maritime counterterrorism is one of the toughest special operations mission sets. It involves numerous moving parts, from boats to helicopters, and has all the potential to go wrong. The goal is to reach the hostages and neutralize the terrorists as soon as possible. To achieve that in the fastest way possible, special operations units often use several insertion methods simultaneously. The skill required by the pilots and crews of the helicopters and boats is tremendous, especially if you consider that the target vessel might be moving and also account for the sea state.

This isn’t the first time an Australian Black Hawk supporting special operations troops is involved in an accident. In 1996, two Black Hawks supporting a Special Air Service Regiment (SASR) counterterrorism exercise in Queensland collided. As in the Sydney Harbor incident, one of the S70A Black Hawks clipped a rotor blade but this time against another Black Hawk. The first Black Hawk immediately went down, while the second crash-landed and went up in flames. In total, 18 troops (15 SASR operators and 3 aviators) were killed, making it the worse single loss of life in Australian special operations history.

Although the Special Air Service Regiment—the Australian military’s Tier 1 special operations unit and the equivalent of Delta Force and SEAL Team Six—used to be wholly responsible for domestic counterterrorism, that mission set is now been shared with the 2nd Commando Regiment, a unit similar to the U.S. 75th Ranger Regiment.

Considering the location of the exercise, it is safe to say that these operators were from TAG-E.