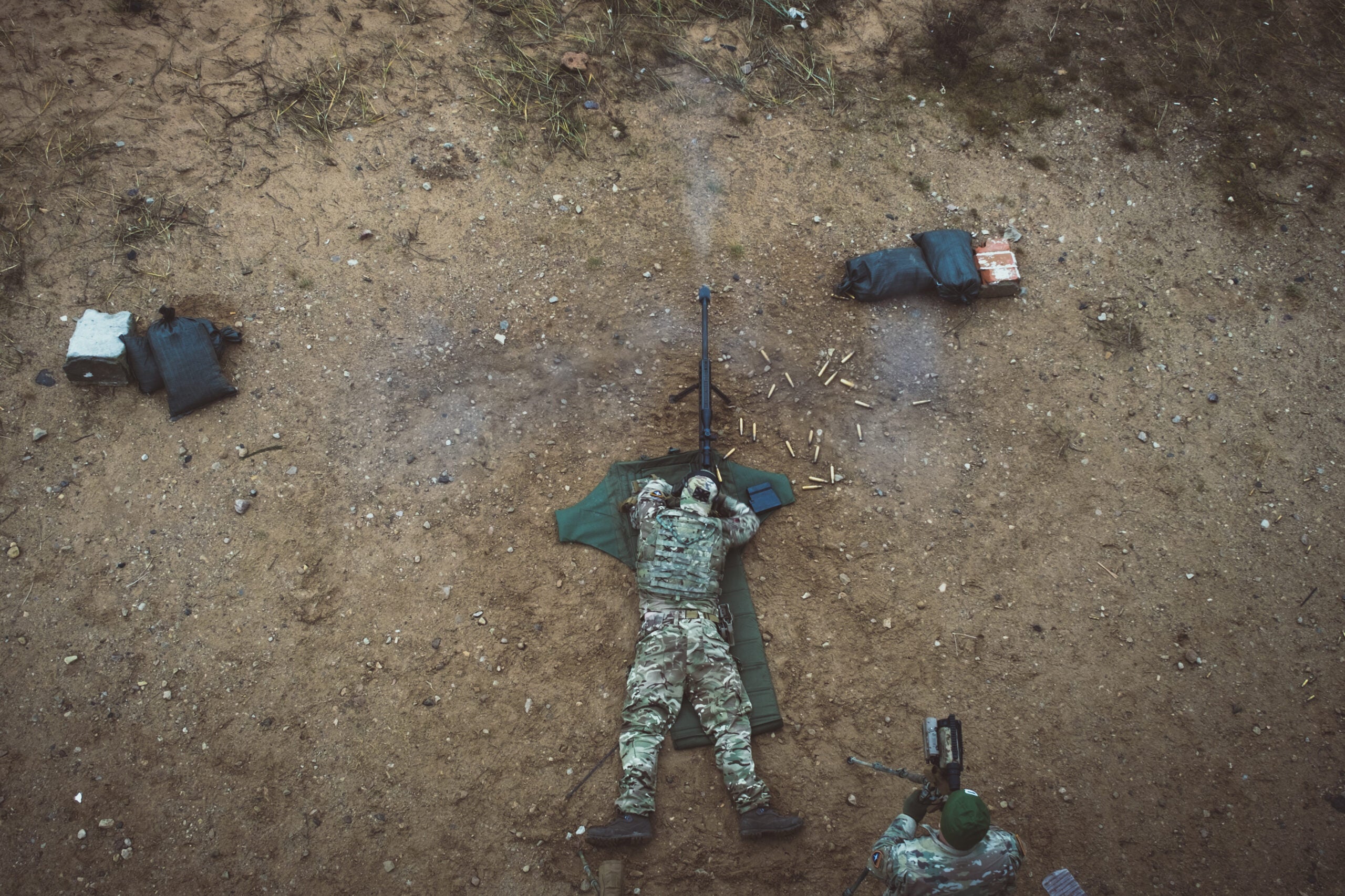 A British Army sniper fires at a target with a US M107 .50 caliber rifle. (U.S. Army National Guard photo by Sgt. Remi Milslagle).

Like many veterans living in free societies, a former British Army sniper picked up his boots and some medical supplies in February 2022 to go off and join a legion of volunteers who are fighting Vladimir Putin’s invasion of Ukraine.

Shane Matthew is a veteran of the British Army who served in Afghanistan with the Princess of Wales’ Royal Regiment. He returned with a few candid observations of the Russian Army and the men who are fighting in it – and there wasn’t much good to say about any of them.

“The fighting ability of the units we encountered was non-existent, they had no capability to counter assaults effectively, were disorganized and completely inept at withdrawal under fire, had no coordination under fire and lacked any form of command and control,” he told Britain’s Daily Star.

The former lance corporal stayed in Ukraine to help train the Ukrainians counter the Russian invasion of their country. He was one of 20,000 volunteers worldwide who answered President Volodymyr Zelensky’s call to arms against the anti-democratic Kremlin regime’s invasion.

He did not join the international Foreign Legion, but was training inexperienced members of the Territorial Defense Forces. The TDF is made up of Ukrainian civilians, many of them former refugees who were pushed out of their homes during the initial Russian invasion. They returned to Ukraine to join this force. The TDF was instrumental in pushing the Russians back away from Kyiv.

Matthew brought the skills he picked up from the Army and his two tours in Afghanistan to Ukraine. Russian troops, their equipment, and their tactics did little to impress the combat veteran.

“I found it to be humiliating to witness. The Taliban were better at fighting than the Russians, regardless of the cause, militarily, they seemingly have no tactical training, if they did possess it, they certainly did not use it.”

Matthews also told the Daily Star he saw evidence of genocidal war crimes committed by the Russian forces, including streets littered with dead bodies and civilians, some children, who were shot while their hands were tied.

He told the Times of London that he saw a force of 12 Russian soldiers on a foot patrol in the city of ​​Irpin near Kyiv. When the shooting started, the Russians panicked and ran away. Most of them were killed, but a few were able to flee.

“Their equipment is outdated and beyond use, their supply lines were organized in such a frantic, non-tactical and disastrous fashion that it beggars belief they were even coordinated by the military in the first place.”

He went on to say that the Russians might also be hampered by rampant drug and alcohol use across the country, which he says shows a lack of professionalism and a complete disregard for their own operational security.

Vladimir Putin and the Russian Army estimated that Ukraine would fall to Russian forces in two days. The war is now moving into its tenth month, and the Ukrainian Ministry of Defense estimates it has taken out more than 84,000 Russian personnel, nearly 6,000 armored vehicles, almost 1,900 artillery and more than 2,800 tanks, which is by no means a complete list of Russian losses.