These 5 locks are not as secure as you think 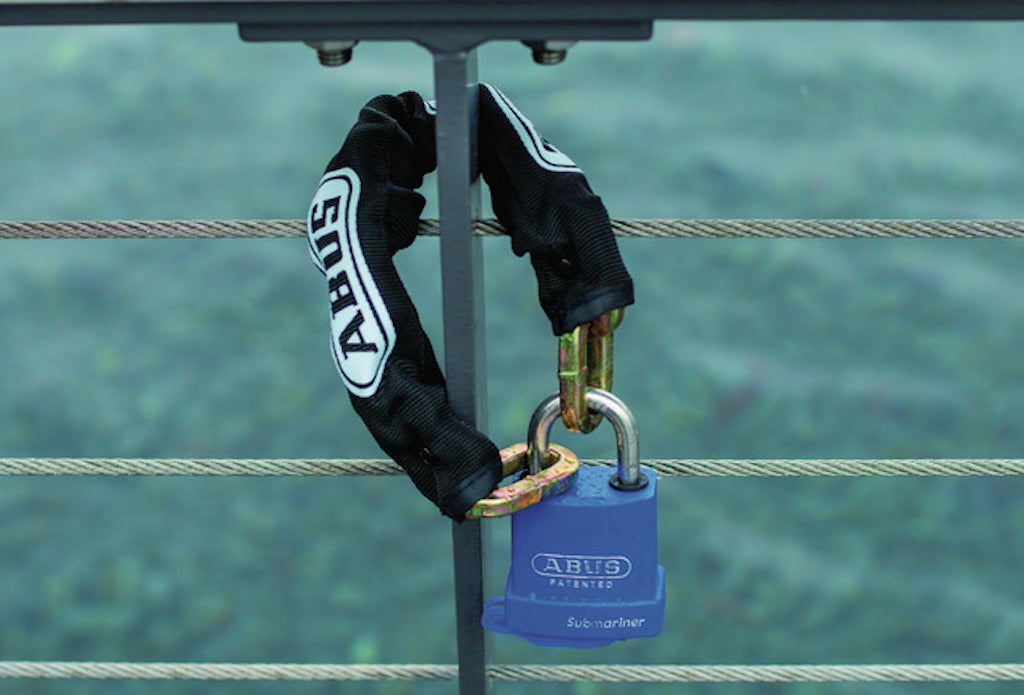 “There is only one thief in the Marine Corps, every one else is just trying to get their stuff back,” is a warning my seniors first gave me when I arrived at the fleet years ago. Naturally, ensuring that your property is secure is essential to readiness. That begs the question, which locks should one use to stop sticky fingers?

You may have an idea that specific lock brands and models that are hard to pick. The heavy weight must mean they’re the most secure. All locks have weaknesses and they can be exploited and even hacked. Here are the top 5 type of locks that should never guard any serious equipment.

As the name suggests, Abus submariner is a lock designed to survive in marine environments. This factor is accomplished by using a corrosion-resistant brass lock body which was chrome plated and then shielded with plastic. In addition, the manufacturer employed a stainless-steel shackle and like the rest of the lock, it is rust-resistant.

For reliability and durability, the padlock is equipped with a cylinder protection drainage channel that removes moisture penetrating the lock. The padlock is engineered with a standardized core that is available in several common key ways. This 83-series lock has security pins, although this is nothing a competent picker can’t handle.

This is the kind of lock that would be more useful for keeping nature out than man, as demonstrated in the lockpicking video below, the lock clicks open with a cheap lock pick set.

While it unquestionably has the cool factor that it can be opened with your finger print, the technology isn’t new and the gimmick has worn off since the iPhone 5S. This lock can be opened by simply knocking on its side. To be fair, any digital lock is not a serious deterent for crime. Digital locks are okay for a locker in highschool, not armory.

The Decdeal fingerprint padlock is consummate for applications ranging from doors to bikes to storage lockers – supposedly. You do not need to be an engineer to notice the frailty of this padlock design. It is from the same Shaper Image company that produced lock number 4 on this list and it also has the same vulnerability. When it comes to anything military, do not use a digital lock for anything on the job. Both negligence NJPs waiting to happen are featured in the video below demonstrating their lack of security.

First and formost, I want to state that this specific lock is no longer in use by the U.S. military to secure ammo. A different company makes a similar looking lock for today’s military. OPSEC aside, this 1970s era lock uses a 10-level core that made it incredibly difficult to pick unless by a master lockpicker. So, if you see an outdated lock securing something, it may be a good idea to bring it up.

This one is a Marine Corps favorite. Its in every PX (postal exchange/store) on base from Parris Island to Okinawa. This master lock can take an E-tool to the face repeatably before breaking. However, it is considered almost unpickable by YouTuber LockPickingLawyer, who is known for debunking unpickable lock claims made by companies. This lock can stand up to brute force but with just a little bit of tinkering, it opens up with little resistance. The positive is, unless the person trying to break into one of these is a pro, they’re going to have a noisy time breaking it off.