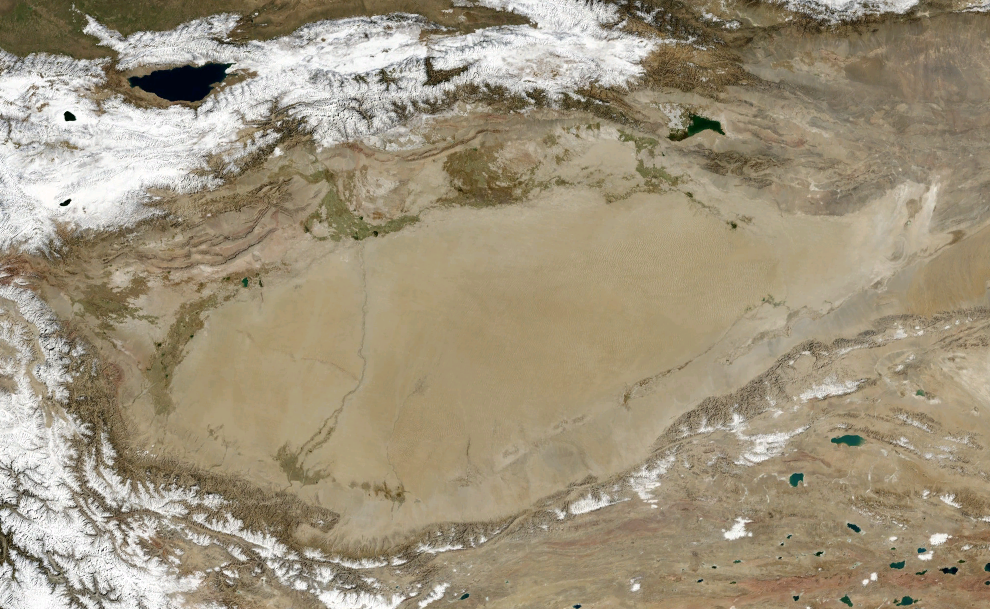 What started out as a lone dusty airfield in the middle of a remote desert in China is being built up at a furious pace. The airstrip raised eyebrows when the Chinese government landed its first unmanned space aircraft there in 2020. Now intelligence analysts are wondering: is this the Chinese “Area 51?”

Somewhere near Nevada’s Groom Lake and the Nevada Test and Training Range is a top secret U.S. Air Force installation where the most advanced aviation and weapons testing takes place. It was where the U.S. Air Force built and tested the U-2 spy plane used to conduct photographic reconnaissance over the Soviet Union during the Cold War, as well as any number of other unheard-of technologies.

Because of its secretive nature and the wonder tech (likely) developed there, it acquired a reputation and mythology that involved conspiracy theories, UFO sightings, and of course, allegations of alien activity. How much of that is true is open for debate, but what is certain is that some of the greatest Air Force aircraft of the Cold War (and beyond) got their start at Area 51.

The U-2, the SR-71 Blackbird, the B-2 Spirit and the F-117 Nighthawk were all developed at Area 51. Not a bad track record for any facility. It’s no wonder the area is so top secret the United States wouldn’t even officially admit it existed for around 70 years.

When China landed a reuseable, unmanned spacecraft at a remote area in the Taklamakan Desert, in China’s Xinjiang province, it was the first notable activity anyone ever saw in the area. Now, reconnaissance satellites are detecting a frenzy of activity and new buildings at the site, leading many to believe that it’s a facility designed for China to create and build its own wonder weapons.

The China Aerospace Science and Industry Corporation (CASIC) outlined a plan to develop commercial satellite launch services and to perfect a reusable space plane at a conference in October 2020. The announcement included plans for lowering the costs and increasing the frequency of space launches.

The month before, China launched an experimental space aircraft with a two-stage Long March 2F launch vehicle that was successfully delivered into orbit. The concept is similar to the U.S. Air Force’s X-37B space plane, which was currently in orbit at the time of the Chinese launch. Not much else was known about the mission until the aircraft landed in Xinjiang.

Like the USAF’s X-37B, no one really knows what the aircraft did while in orbit, but some believe it may have launched a secret satellite or other spacecraft. When the aircraft landed, the Taklamakan Desert facility was little more than the landing strip, but more recent photographs provided to NPR show built up facilities in the form of an equilateral triangle.

Once large hangars that could house experimental aircraft are built, the world may have a better idea of what’s going on in Xinjiang. Until then, everyone outside of the Chinese government is left to speculate.

China has a lot of catching up to do in terms of military power and prowess – and it’s been working on it. On top of creating its own homegrown aircraft carrier and its own fifth-generation fighter, it’s rumored to be creating its own stealth bomber (dubbed the H-20). A remote desert airfield might be exactly what the Chinese Communist Party needs to keep its developments a secret.