They adopted their daughters from Ukraine. Now, they're giving back. - We Are The Mighty

They adopted their daughters from Ukraine. Now, they’re giving back. 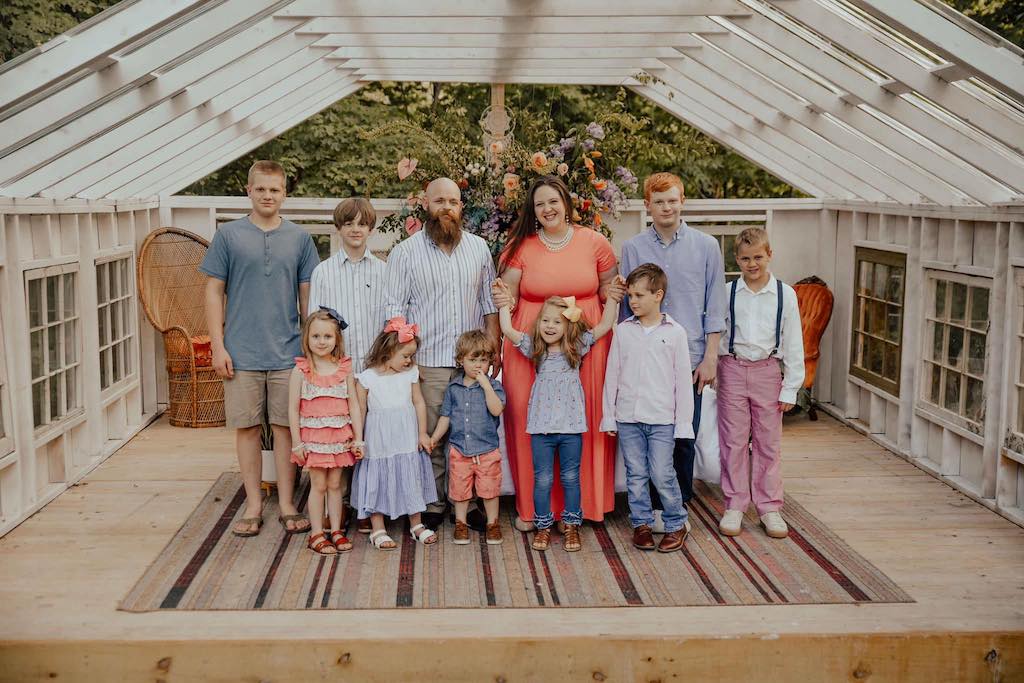 In 2017 the Perry family, with six children living in Kentucky, brought home their first adopted daughter, Daisy, from Ukraine. After having their youngest son, the family returned to Ukraine in 2020 to bring home their second adopted daughter, Lilly. Having spent time there on each trip, meeting the local people, and falling in love with the area, the family was devastated to hear the news on February 24 that Russia had invaded Ukraine. While the world watched on in shock, the Perry family knew they needed to take action.

In the early efforts to support the people of Ukraine, their family encouraged others to rent Air BnB’s and then message the host, letting them know they were not coming but wanted to support them. Another avenue of supporting individuals instantly was by purchasing downloadable content from Etsy. These options helped them get the money immediately without requiring them to do anything more. With each new day bringing news of the fear and devastation, they knew more needed to be done.

Having personal connections to the country, including a relationship with Daisy’s birth parents, who were unable to flee their home, Kasey and Robbie wanted to be able to help the best they could. In a group effort with other adoptive families, they began gathering much-needed medical supplies to send into some of the hardest hit and remote locations of Ukraine. These supplies included medic kits, ventilators, neurosurgery tools and medication. Over $25,000 worth of supplies has been donated in the combined relief efforts.

In addition to this, when Robbie traveled to Poland in mid-April, he also had extra money on hand to purchase food, diapers, and additional requests for necessities to send with the medical supplies. All supplies were loaded onto various trucks with their humanitarian documents and headed towards those remote locations. Making this trip back to the region was even more heart-tugging for the family as they learned the orphanage where their daughter Daisy once lived as an infant was shelled by Russian forces (it had been evacuated days prior). Seeing refugees pleading for their country where the Perrys grew their family through adoption leaves a lasting impact on the family.

When asked about the importance of their efforts in relation to their daughters, Kasey said, “I feel a responsibility to them as their mother, to do all I can to help because their birth country is under attack. I also have friends I love like family – who are family to my girls – and they are fighting for their lives in Ukraine.” The family has also made a point to include Ukrainian traditions and language in their home to embrace their daughters’ heritage. In addition to the concerns about their friends living in Ukraine, Kasy added, “I also worry for the tens of thousands of orphans, knowing the war would stop adoptions entirely.”

Generally, in any humanitarian need, the idea is that people would donate to larger charity organizations. For the Perry family and their connections to the country, doing what they do allows them to get the needed supplies directly to those locations that need it the most rather than being filtered down through organizations that often only focus on the larger cities. “The larger cities have been hard and need help, but there are still many people in smaller regions and villages that haven’t seen any help at all,” said Perry, “Our team focuses on supplying aid to smaller regions who don’t otherwise see the help.”

They are continuously working on gathering more supplies and money to send.  The group has another trip planned for May with the goal of sending more medical supplies and Berkey water filter systems to help provide clean water to the remote locations. If you want to help support their efforts, you can donate at the tax-deductible link through Reece’s Rainbow.