These were the original political parties (and what they stood for) 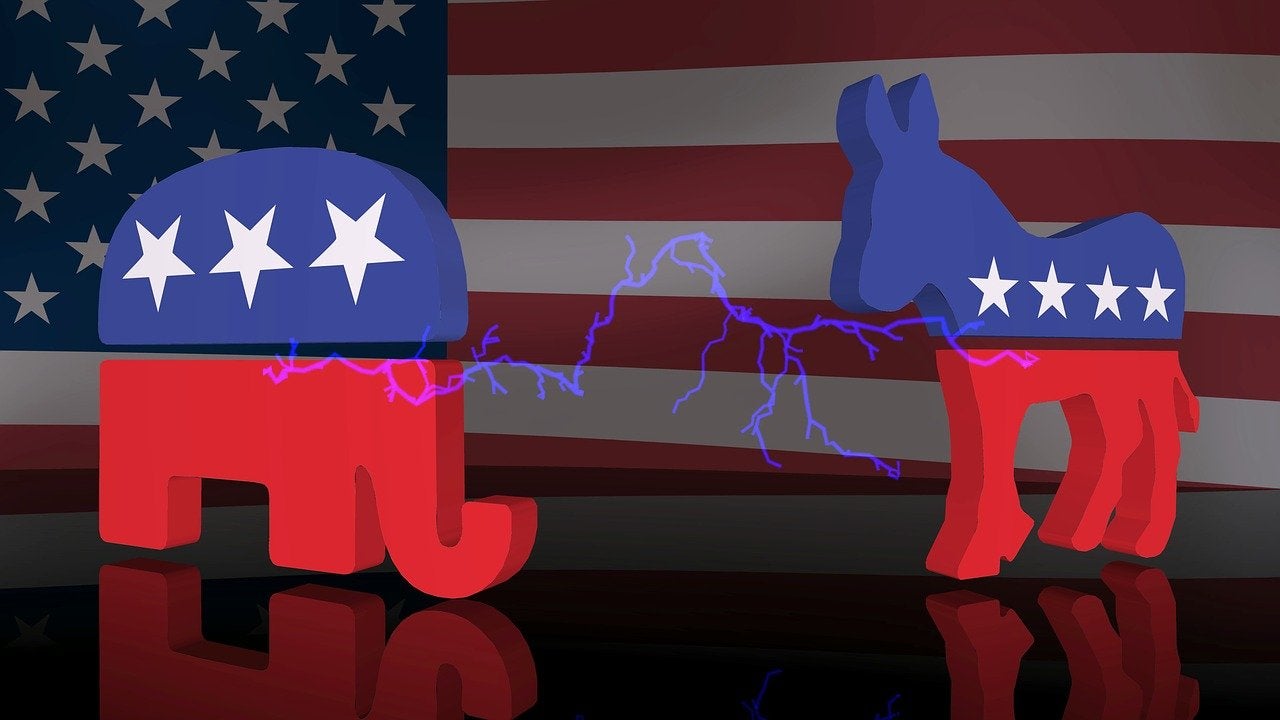 The United States hasn’t always been a multi-party system. Today, Republicans and Democrats make up a majority of the political population, while institutions like Reform, Libertarian, Socialist, Natural Law, Constitution and Green Parties all come into play. But before there were donkeys and elephants, there were original political parties … and a debate as to whether the parties should exist at all.

It began in 1792 with the country’s First Party System, which lasted until 1824. During this time there was the Federalist Party and the Anti-federalist party, which was known by several additional names, including the Democratic-Republican Party, and Jeffersonian Republic.

It’s worth noting that there were two parties based on talks among George Washington and his advisers, such as Alexander Hamilton and James Madison. However, these two advisers in particular were actually against political parties. So much so, they wrote the Federalist Papers, discussing the dangers of such allegiances. However, as time went on, they actually helped form the system itself, with Hamilton leading the Federalist party and Madison and Thomas Jefferson taking over the Democratic-Republicans.

Federalists: Led by Alexander Hamilton, he was Washington’s Secretary of Treasury. His stance was a strong, unified government. He also wanted a central bank system, staying close with Britain, and keeping close lines of communication between rich landowners and the government. They eventually lost power by remaining too selective, with few men meeting their standards.

Democratic-Republicans: Meanwhile, James Madison and Thomas Jefferson were opposed to the Federalist ideas. Hence, their original name of the Anti-Federalists. They wanted everything the Federalist party did not want: less government involvement, rights to vote by the common man, and freedom in the banking system. By 1800 they came into power as the Jeffersonians, effectively taking over the Federalists. However, around 1824, at the end of James Monroe’s presidency, its support dwindled. The sense of unity that was once among Americans died down and Monroe’s attempt to lessen political party led way to an entirely new system.

During this time, just after the election of 1824, new political parties were also in various stages of being formed, with certain states gaining more traction than others. This system lasted until the mid-1850s.

The Whig Party: Led by Henry Clay, a prolific politician who served in the Senate, House, and Secretary of State, evolved from the once Democratic-Republican Party. It was also evolved into the Anti-Jacksonian Party, the National Republican Party, and simply Republicans.

Whigs wanted Congress to be the government’s executive branch. They grappled with others over the federal banking system — which eventually led to collapse and creation of state banks — and nepotism/favoritism among federal elected officials. With Whigs being for the former and against the latter. The party collapsed in the 1850s due to disagreements over slavery.

The Democratic Party: Hailing from Andrew Jackson’s beliefs, the Democrats were formed in 1828, making it today’s oldest political party. During the Second Party System, Jackson was at the head of the movement, pushing for a strong presidential power. (They wanted the President to remain over other government branches.) And they were against the Federal Government’s bank, the Bank of the United States. They also disliked programs that were becoming more modern, as they believed it would be at the expense of farmers. Democrats were pro-slavery, believing that it was a practice that helped boost farming and its profits.

From the 1850s until the 1890s, the U.S. took on a third party system, featuring the previous Democrats and the newly formed Republican Party.

The Republican Party: Not surprisingly so, the Republican Party took its ties from the Whigs, which was once the National Republican Party. The Republicans are largely viewed to have had political success over this time. They claimed credit for winning the civil war and therefore saving the Union, as well as abolishing slavery. They also included several Whig mantras, such as national programs like banks, railroads, veteran pensions, and land grant colleges. Northern and Western states were mostly Republican-led, with certain states being more equally matched, like New York and New Jersey.

The Democratic Party: This time period is considered the “Republican Interlude,” with the Democrats seeing most support in the South. The party gained from Reconstruction, and was eventually able to regain power of Congress when there was a national depression that took place in 1873.

From then on, more states were added and therefore, the amount of land covered has also expanded. However, we continue to use these main political parties to this day.