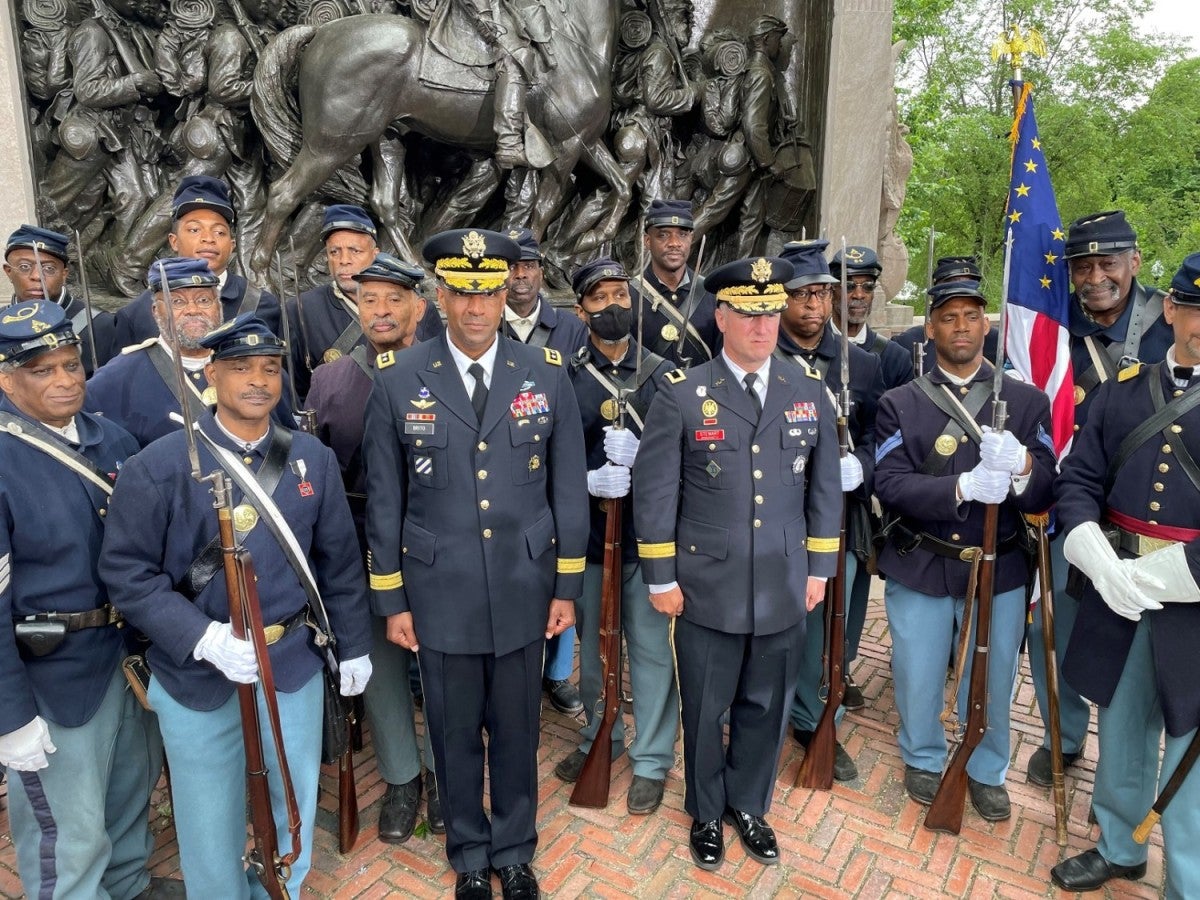 The memorial was defaced in downtown Boston, across from the State House, on May 31, 2020. Soon after, the restoration process began. The sculpture was removed and transported to a studio in Woburn. In March 2021, the 11×14 foot bronze sculpture was reset on a repaired marble and stone foundation. Originally unveiled in 1897, the memorial underwent restoration for over a century of water damage in addition to the vandalization.

On June 1, 2022, the National Park Service and the City of Boston held a rededication ceremony at the 54th Massachusetts Memorial. The ceremony included a re-enactment of the 54th’s march past the State House on May 28, 1863, as depicted on the memorial. “This memorial, first dedicated 125 years ago, commemorates and reminds us of the legacy that is in front of us. It’s a powerful reminder of the profound impact of solidarity and what it looks like to lead in the face of injustice,” said Boston Mayor Michelle Wu during the ceremony. Also in attendance were the Army Deputy Chief of Staff, G-1, Lt. Gen. Gary Brito, and Brig. Gen. Thomas Stewart of the Massachusetts National Guard.