After 100 years, some WWI battlefields are still uninhabitable today

After 100 years, World War I battlefields are poisoned and uninhabitable 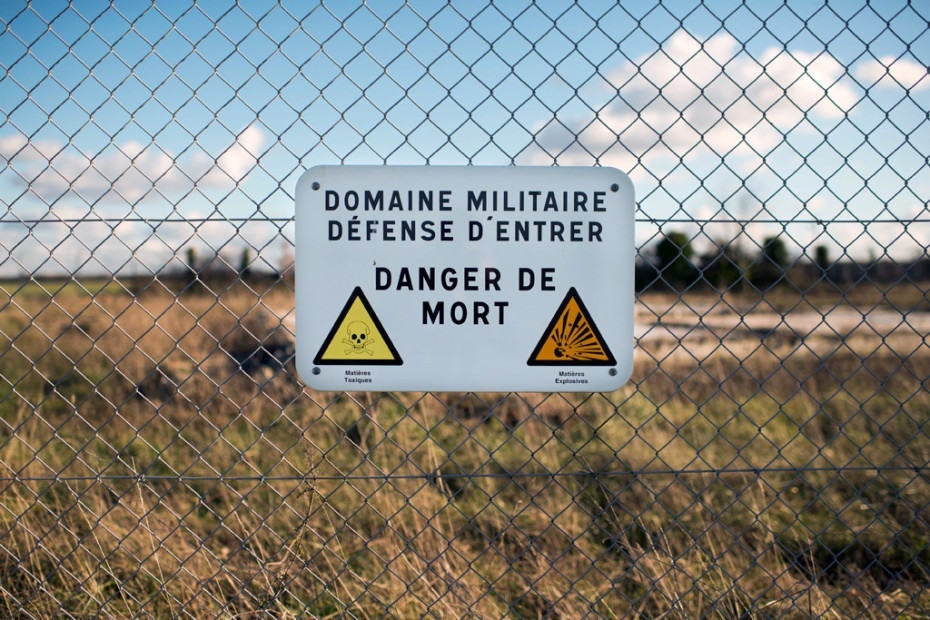 No war in recent memory can compare to the meat grinder of World War I. Europe still bears the scars of the war, even almost a century later. The gruesome and terrifying type of warfare typical of the Great War had a lasting impact on those who witnessed and experienced it. It also created such carnage on the land where it was fought that some of those areas are still uninhabitable to this day. The uninhabitable battlefields are known as the Zone Rouge (French for “Red Zone”). They remain pock-marked and scarred by the intense fighting at places like Verdun and the Somme, the two bloodiest battles of the conflict.

During the Battle of Verdun, which lasted over 300 days in 1916, more than 60 million artillery shells were fired by both sides – many containing poisonous gases. These massive bombardments and the brutal fighting inflicted horrifying casualties, over 600,000 at Verdun and over 1 million at the Somme. But the most dangerous remnants of these battles are the unexploded ordnance littering the battlefield.

Immediately after the war, the French government quarantined much of the land subjected to the worst of the battles. Those areas that were completely devastated and destroyed, unsafe to farm, and impossible for human habitation became the Zone Rouge. The people of this area were forced to relocate elsewhere while entire villages were wiped off the map.

Nine villages deemed unfit to be rebuilt are known today as the “villages that died for France.” Inside the Zone Rouge signs marking the locations of streets and important buildings are the only reminders those villages ever existed.

Areas not completely devastated but heavily impacted by the war fell into other zones, Yellow and Blue. In these areas, people were allowed to return and rebuild their lives. This does not mean that the areas are completely safe, however. Every year, all along the old Western Front in France and Belgium, the population endures the “Iron Harvest” – the yearly collection of hundreds of tons of unexploded ordnance and other war materiel still buried in the ground.

Occasionally, the Iron Harvest claims casualties of its own, usually in the form of a dazed farmer and a destroyed tractor. Not all are so lucky to escape unscathed and so the French and Belgian governments still pay reparations to the “mutilée dans la guerre“– the victims of the war nearly 100 years after it ended.

To deal with the massive cleanup and unexploded ordnance issues, the French government created the Département du Déminage (Department of Demining) after World War II. To date, 630 minesweepers died while demining the zones.

An estimated 720 million shells were fired during the Great War, with approximately 12 million failing to detonate. At places like Verdun, the artillery barrages were so overwhelming, 150 shells hit every square meter of the battlefield. Concentrated barrages and driving rains turned the battlefield into a quagmire that swallowed soldiers and shells alike.

Further complicating the cleanup is the soil contamination caused by the remains of humans and animals. The grounds are also saturated with lead, mercury, and zinc from millions of rounds of ammunition from small arms and artillery fired in combat. In some places, the soil contains such high levels of arsenic that nothing can grow there, leaving haunting, desolate spaces.

Though the Zone Rouge started at some 460 square miles in size, cleanup efforts reduced it to around 65 square miles. With such massive amounts of explosives left in the ground, the French government estimates the current rate of removal will clear the battlefields between 300 and 900 years from now.