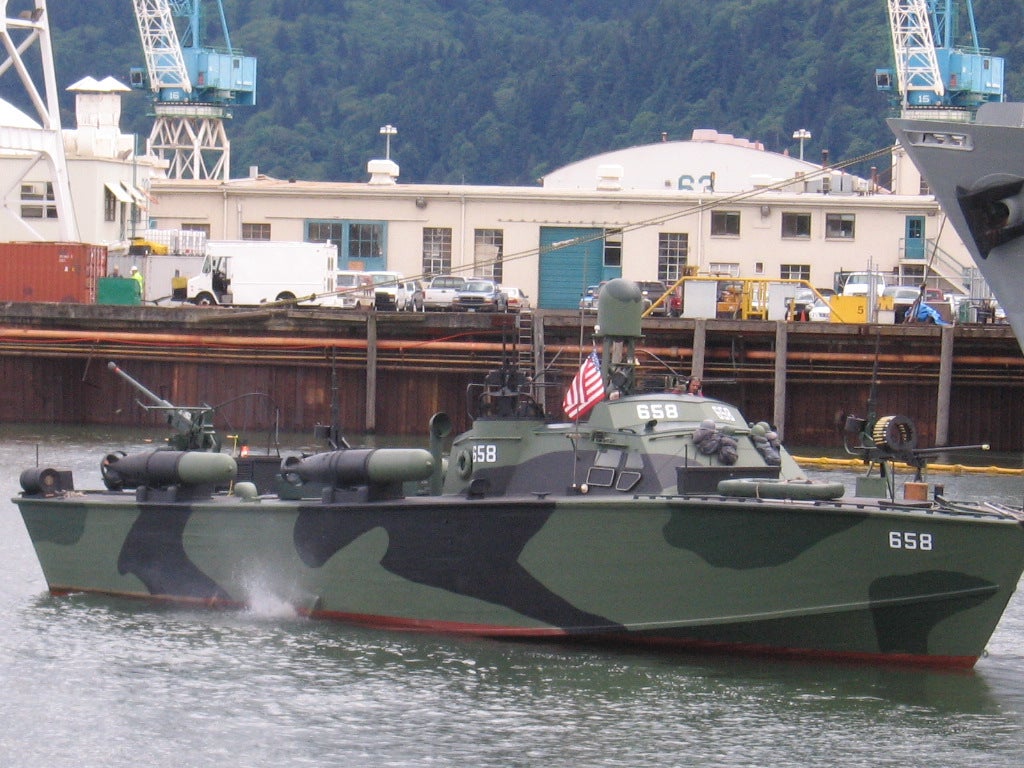 On Aug. 2, 1969, David Larson was serving as a gunner’s mate on a patrol boat as it steered up the Saigon River, transporting a seven-man ambush team.

The team was a part of the Army’s LRRP — or Long Range Reconnaissance Patrol. After cruising up river for a time, they set up an ambush position during the day near the riverbank.

As night fell, they silently settled into their discrete position. Little did they know, all hell was about to break loose.

Later that night, the spec ops team engaged four enemy troops who, unknown to them, happened to be a part of a massive force. Almost immediately after engaging, the unit began taking accurate rocket and small arms fire, which, sadly, killed half of the team outright.

Also Read: 5 countries that tried to shoot down the SR-71 Blackbird (and failed)

One of the LRRP members called to the boat for support. This caught Larson’s attention, getting him fully engaged in the firefight.

The motivated gunner’s mate leaped out of the patrol boat with his M60 in hand and blasted the weapon system on full auto — holding off a force of nearly 50 enemy combatants.

Nothing used to clear the way like an M60. (Image via Giphy)Standing in the direct line of fire, Larson provided enough covering fire for the wounded to clear from the area. When asked, “what goes through your mind during something like that?” David Larson stoically offered a hero’s response:

“At the time, it just comes to you that you need to do it to get the job done.”

For his brave actions, Larson received the coveted Navy Cross.

Check out the Smithsonian Channel’s video below to hear this heroic tale straight from Vietnam veteran David Larson himself.