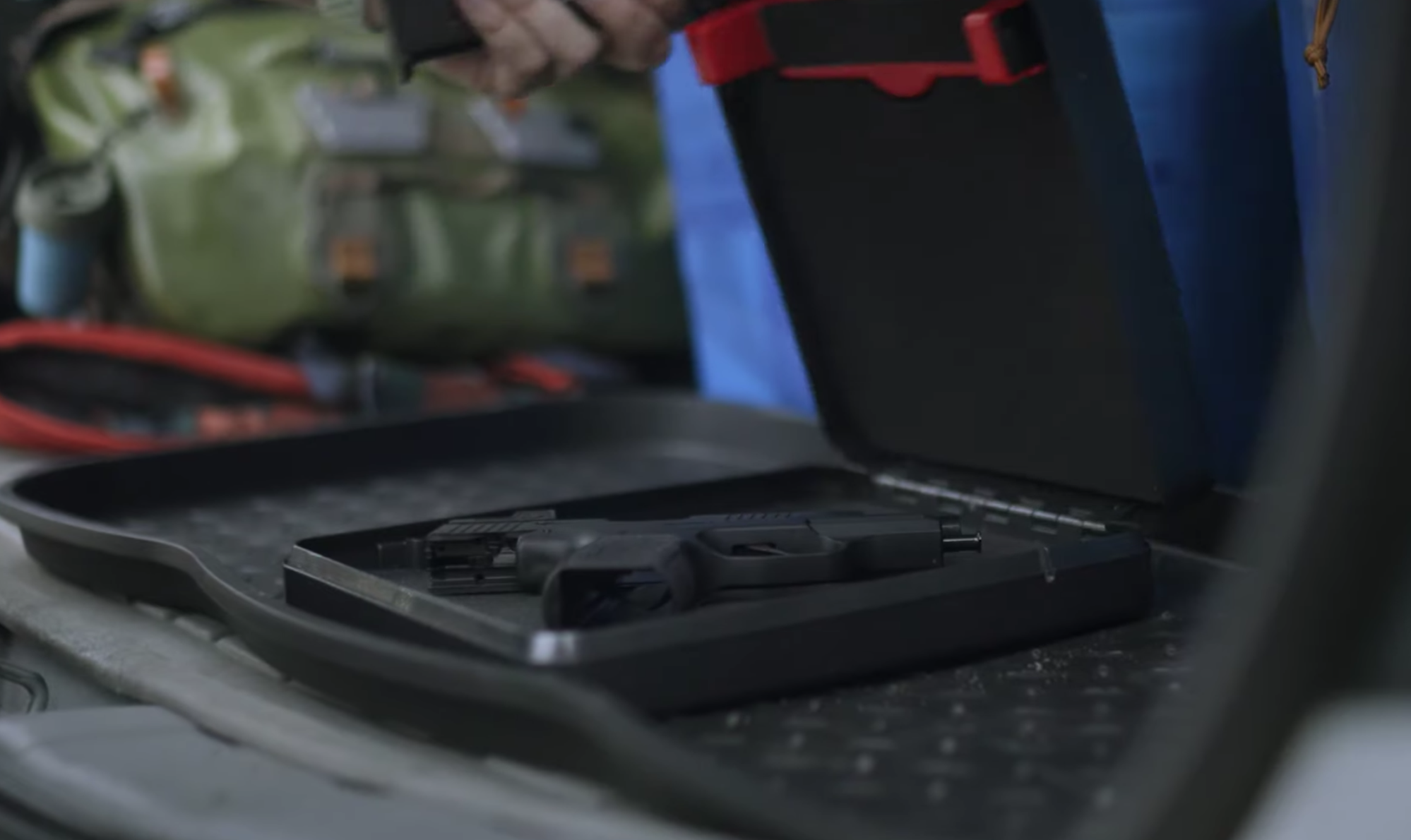 “Service Never Stops” is the message conveyed by a new advertising campaign launched by the Ad Council — a non-profit organization that merges creativity and social causes — and Brady, a foundation whose mission is to unite the American people against gun violence. Through Facebook Creative Shop and Gig Line Media (a company offering production and marketing services) they aim at reaching as many people as possible in order for their message to fulfill the mission for which it was created.

Through a series of public service advertisements, real veterans address the threat of gun suicide within their community. According to the 2021 National Veteran Suicide Prevention Annual Report, veterans are more likely to die by gun suicide (69%) than their civilian counterparts (48%).

Placing emphasis on the importance of safe storage of firearms in the home, the campaign aims at helping veterans protect themselves and those around them by interrupting a momentary crisis, delaying an impulsive act and hopefully ensuring it doesn’t turn into a permanent tragedy.

“Our hope is these PSAs will help bring awareness to the need for safe storage to reduce the risk of suicide by gun by placing time and space between a veteran thinking of suicide and an accessible, usable firearm,” said Kris Brown, President of Brady. “Our veterans have already served our country and we cannot abandon them as they undergo this fight here back at home.”

For many within the military community, suicide is a painful reality they have had to deal with at one point or another throughout their military career. “I am a suicide attempt survivor,” Annette Whittenberger, a retired combat veteran who served 17 years in the U.S. Army, shared. During her active-duty service, she experienced the loss of one of her soldiers to suicide: “It happened right after I came out of command and what hit me hard was that what I saw on the outside did not reflect what was on the inside. I had no idea how much he was suffering because all I saw was the exterior: smiling, following orders and just being the person that he always was. I had no idea that, in fact, he was suffering in silence.”

Resiliency is ingrained in military service members throughout their career, which Whittenberger describes as “a mask we tend to hide behind.” As a result, signs and symptoms of mental health disorders might not be easy and clear to detect, which often results in people not being able to offer the necessary help to prevent a tragedy.

“Early on in my career, I had a commander who taught us suicide prevention training on a Friday afternoon,” Teresa Barber, who served in the U.S. Navy, said. “The very next day, he took his own life; 90% of suicide attempts involving a gun are fatal. You don’t know how much somebody can hide what’s going inside their head.”

“Service Never Stops” is an apolitical campaign that proposes a tangible solution for veterans to ensure that, even though they might be going through a tough time, they are still protecting themselves. The PSAs are part of the “End Family Fire” campaign, aimed at bringing awareness to the issue of family fire (a shooting involving an improperly stored or misused gun found in the home that results in death or injury), giving gun owners a role in gun violence prevention and encouraging a national dialogue around safe storage practices.  For more information on the campaign, please visit: https://www.endfamilyfire.org/.

If you or someone you know is having thoughts of suicide, contact the Veterans Crisis Line to receive free, confidential support and crisis intervention available 24 hours a day, 7 days a week, 365 days a year. Call 1-800-273-8255 and Press 1, text 838255 or chat online at VeteransCrisisLine.net/Chat.