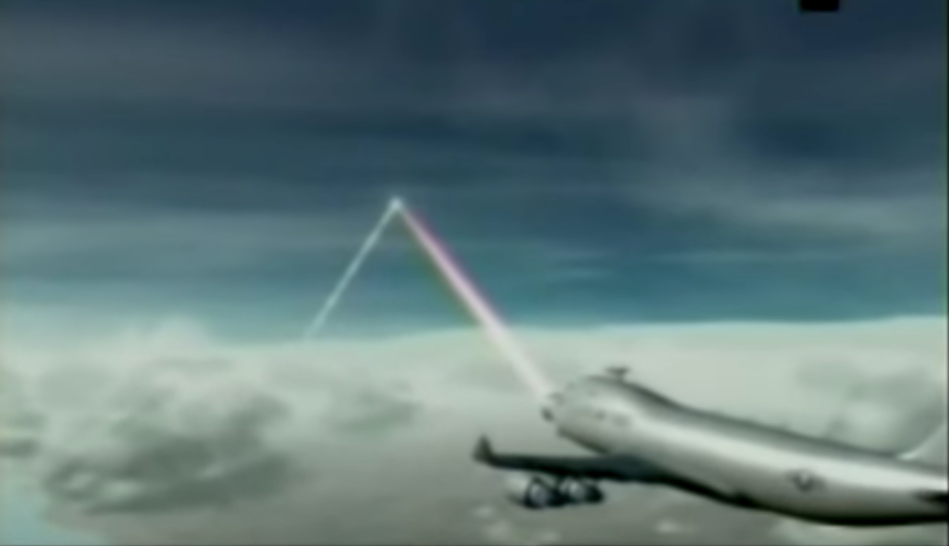 Anyone who hates on an airplane with a nose-mounted laser designed to shoot down missiles is wrong. The only problem is that we’re limited by the technology required to make the lasers powerful enough. The Air Force may not have the patience or cash to make it happen, but they proved a long time ago, the concept is sound.

We live in the age of hypersonic missiles, ballistic missiles that can take down aircraft carriers, and potentially dozens of other kinds of warhead-toting rockets just waiting to be tried out on some of America’s finest. There’s no doubt we need some kind of defense.

The good news is that the U.S. Air Force has been testing anti-missile lasers for years, and has actually been able to take down missiles in flight. The effort to bring an anti-missile laser to an aircraft was actually kind of a heartwarming supergroup of defense contractors and the story has been a long time coming.

In the 1980s, many may recall the Department of Defense’s Strategic Defense Initiative, also known as the “Star Wars” program. It was one of the earliest efforts to create a laser-based missile defense system. Although mocked by many, throwing money into something like that yielded results.

By the end of the 1980s, the Air Force Airborne Laser Laboratory actually was shooting down missiles with lasers. By the mid-1990s, the Air Force was reaching out to Boeing to get these laser weapons onto an aircraft.

The 2000s saw a large group of defense contracting companies coming together to create an entirely new airborne defense system. Boeing repurposed an old 747-200 purchased from Air India. It prepared the aircraft to mount a Chemical Oxygen Iodine Laser (COIL) that was prepared specifically for the purpose of airborne defense.

The COIL, provided by Northrup Grumman, created a powerful, infrared laser that was not only capable of taking down missiles, it was tested and used in a way that was “representative of actual operational engagements.” For those unfamiliar with “govspeak,” this means that the laser was a viable weapon, capable of being used in combat.

When it came time to build the actual prototype of an anti-missile laser plane, Boeing brought a new 747-400, modified it to fit a nose turret and fire control system created by Lockheed-Martin, and mounted the Northrup Grumman COIL weapon on the front.

The Boeing YAL-1 was ready for action. Its job would be taking down ballistic missiles while still in the boost phase, actually taking its first flight in 2002. The program lasted a few short years, but produced some mixed yet hopeful results.

Although the weapon worked, it was not operationally viable. Though the laser could shoot down missiles, it would have needed 20-30 times more power to fire the laser a significant distance, according to then-Defense Secretary Robert Gates.

Gates went on to note that shooting down missiles in the boost phase, without knowing exactly where they would be fired, might require dozens of these aircraft, flying continuously might require more money than the project was worth. The Air Force didn’t request more funding for the laser project and the prototype was ultimately scrapped.

Although the program itself ended up not producing a significant weapon, it did prove that lasers could be used as short-range aircraft defense. It also showed that lasers could be a sub-orbital defense against ballistic missiles, something the “Star Wars” program was widely ridiculed for.