The origin of the famous ‘red phone’ in the Oval Office 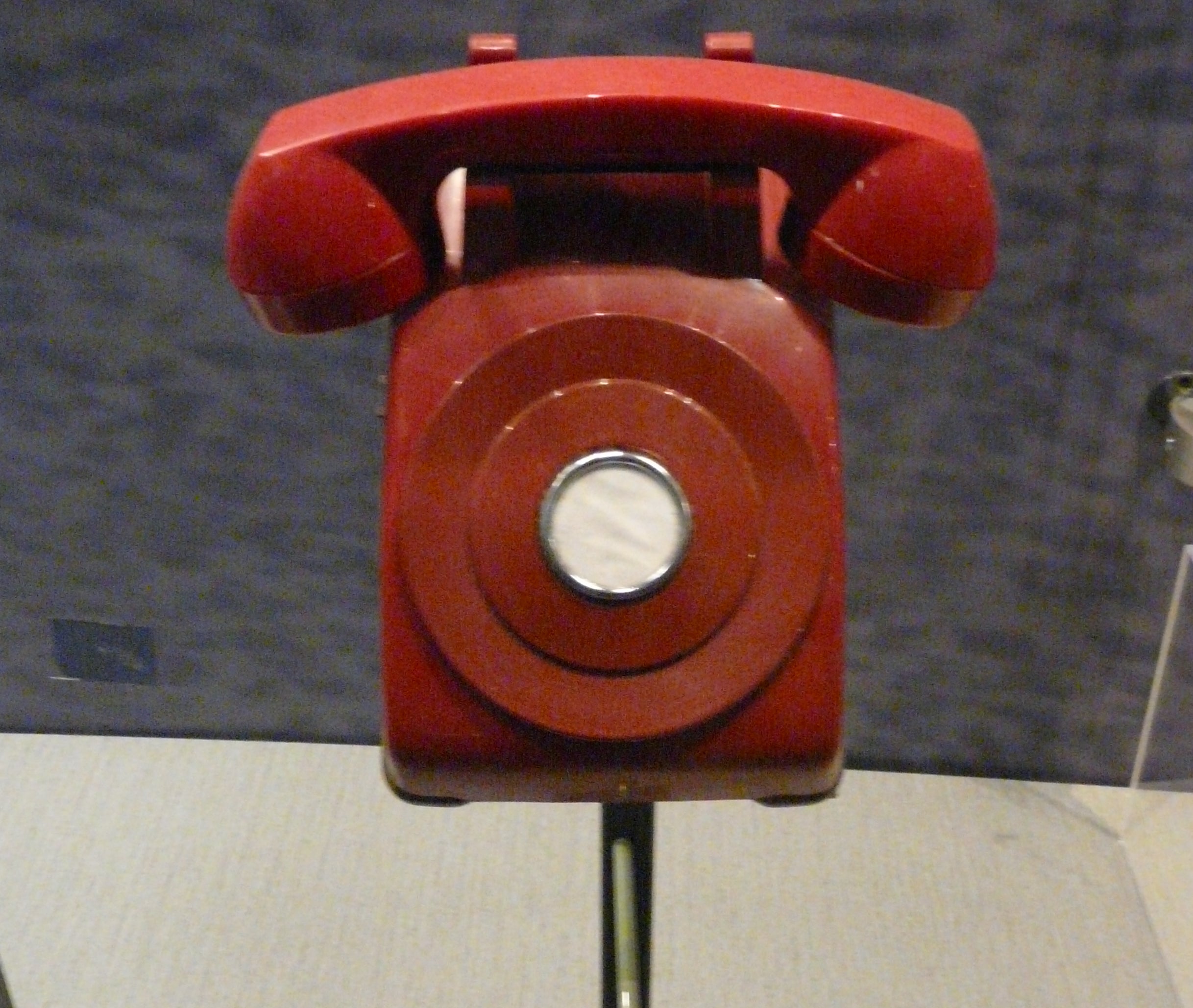 In countless movies, in references across all mediums, the red phone exists. Brightly hued and highlighted through dramatic dialogue, we are shown this famous form of communication within the White House. But why is there a red phone in the first place? What does it do? And why it is so famous? After all, it’s just a phone.

But, in actuality, it wasn’t a phone at all. Known as the Moscow-Washington Hotline, it was a direct line of communication between the White House and the Kremlin (where the Soviet Communist Headquarters resided). The line was established in 1963 after the Cuban Missile Crisis so that President John F. Kennedy, Russian leader Nikita Khrushchev and their advisors could connect directly and quickly.

The need for the line was put into place after the 1962 crisis, when it took the United States 12 hours to translate a message from Khrushchev. The 3,000-word message is stated as taking a “dangerous amount of time” in translation. This prompted both sides to streamline communication. Hence, the hotline.

The communication first consisted of teletype machines. In the ’80s it was transitioned to a fax machine, and in 2008, it became an email line connected by a secure computer link with lightning-fast connection speeds.

Origins of the idea

There are several people who claim to have come up with the idea for direct communication, including a Harvard professor who had previously worked with the Department of Defense on nuclear war policies. The professor, Thomas Schelling, said the 1958 book Red Alert (which prompted the movie Dr. Strangelove) gave government officials the idea to connect directly– specifically, by showing the benefits of fast and direct conversations.

After the agreement was signed, both sides began working on the logistics to lay this line, including ways to keep it secure such as encryption. The first message was sent on August 30th, 1963, including numbers and an apostrophe to ensure the connection worked properly.

The US sent: “The quick brown fox jumped over the lazy dog’s back 1234567890,” a common test message, as it includes all 26 letters of the English alphabet. The first official use was to announce the assassination of JFK to Russia.

Over the years, the line has been accidentally cut multiple times, including when it was unknowingly bulldozed in Denmark. Today, there are bright and clear markers in Finland, as well as other countries, to help keep the line free from damage.

Why a red phone?

Because there was never an actual red phone — or a phone at all for that matter — it’s an interesting addition to pop culture. Countless movies, video games and even movies portray a fictional red phone as a quick way to reach Russia.

So where did the idea come from? It likely came from the movie, Dr. Strangelove, itself. The idea was then used throughout the 80s in political commercials, where it took off. President Ronald Reagan used the phone to market himself, showing off his Strategic Defense Initiative. In the 80s, it made another appearance for the 1984 election. It was also used in 2008 throughout Hilary Clinton’s campaign. In years since, it’s simply become a pop culture icon that remains recognizable in movies, museums and beyond.