WATCH: This Royal Marine's viral video about drowning could save your life - We Are The Mighty

WATCH: This Royal Marine’s viral video about drowning could save your life 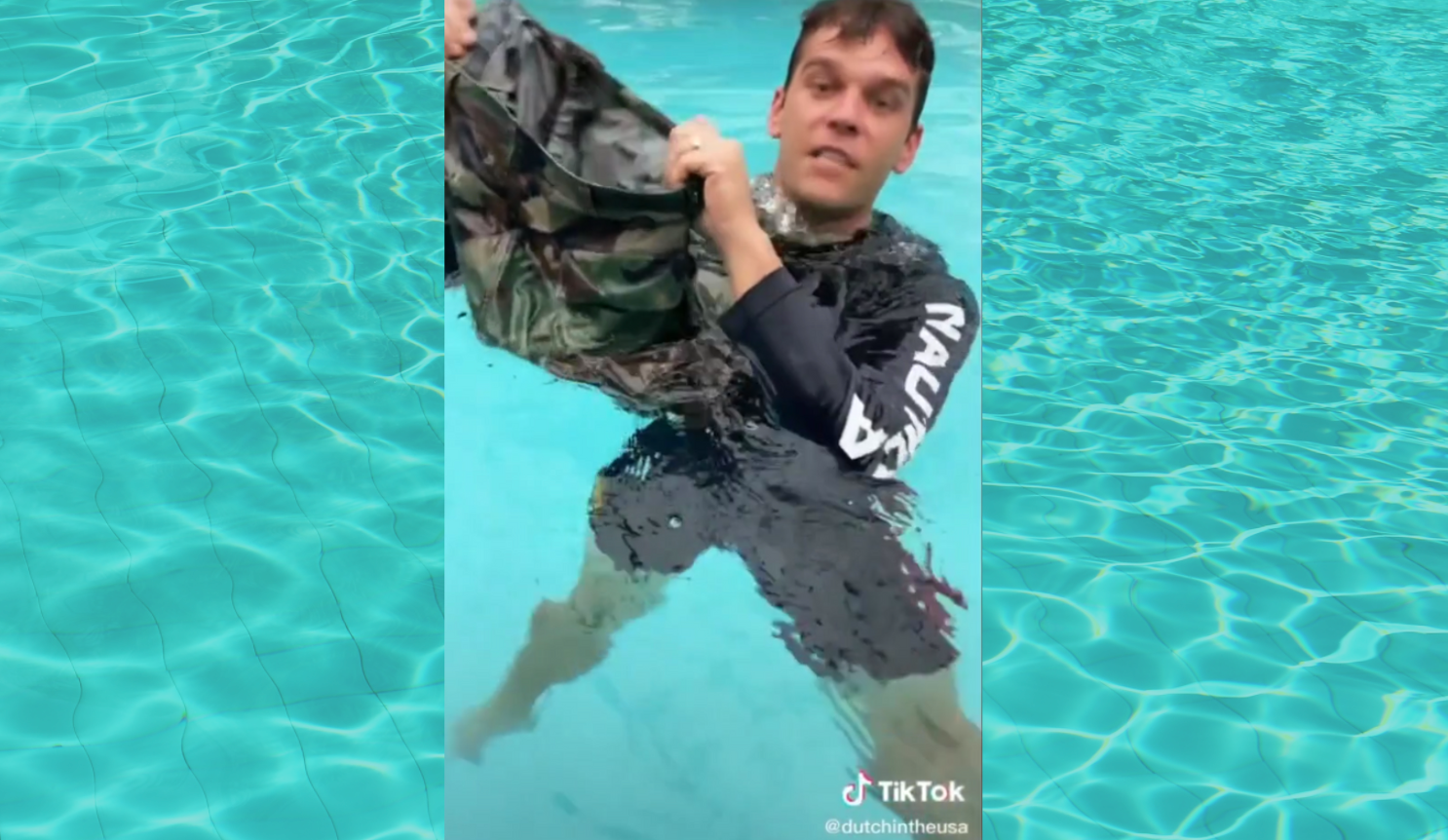 A Royal Marine has created a viral video highlighting what to do in the event you’re stranded without a flotation device. After jumping into a pool, TikTok user @dutchintheusa fashions a flotation device out of his pants to slip around his neck and stay afloat. Over 10 million people have viewed the TikTok video, with comments offering gratitude for the potentially lifesaving video.

User @Dutchintheusa is a Royal Marine, an elite amphibious force of the Royal Navy, held at very high readiness for worldwide rapid response and threat neutralization. According to their website, the role of the Royal Marines is to serve “as the UK’s Commando Force and the Royal Navy’s own amphibious troops. They are an elite fighting force, optimised for worldwide rapid response and are able to deal with a wide spectrum of threats and security challenges. Fully integrated with the Royal Navy’s amphibious ships, they can be deployed globally without host nation support and projected from the sea to conduct operations on land. A key component of the Royal Navy’s maritime security function, they provide a unique capability and are experts in ship-to-ship operations.”

Royal Marines have carried out commando training missions alongside US Navy forces across Scotland during the early phases of a deployment that will take them around northern Europe.

45 Commando form a central part of the Littoral Response Group (North) deployment, which will take commando forces and Royal Navy ships – HMS Albion, RFA Mounts Bay and HMS Lancaster – around northern Europe and into the heart of the Baltic this spring.

To prepare for those operations, more than 300 commandos headed on two separate preparatory ‘battle camps’, which saw them carry out a variety of essential commando training exercises alongside US allies to keep them razor sharp for what’s to come.

“It’s mentally quite tough as well though, because in real life, the scenario you are faced with will be unique; therefore, you need to be so well drilled that you can rely on your initiative in the heat of the moment.

“Commando basic training sets the foundations of teamwork and discipline which allows us to be successful.”

TikTok user @dutchintheusa has 3.5M TikTok followers and posts a variety of safety and escape videos, which can be found here.