5 generals with really weird habits - We Are The Mighty 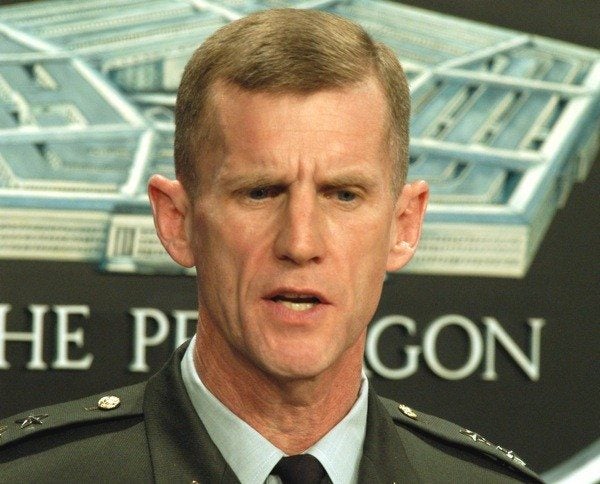 Military greatness can sometimes be a double-edged sword when it comes to the personality traits of those to whom immense responsibility is given. Normalcy is for the average guy, and nobody on this list was average. Here are some of the weird habits a few famous generals throughout history have had:

General Thomas “Stonewall” Jackson is considered by many to have been the greatest Confederate commander of the Civil War, known for his tactical intelligence as well as his courage under fire. But he had a weird tendency to move around — either by foot or on horseback — with his right arm held up for no apparent reason to those around him.

Jackson believed that one side of his body was heavier than the other, so he’d raise his right arm to move blood to the “light” side to balance things out.

Modern physicians suggest Jackson’s feeling of unbalance may have been the result of a diaphragmatic hernia, which also gave him stomach problems and caused him discomfort while sitting.

This habit caused Jackson to be wounded during the first Battle of Bull Run when he took a bullet to his hand. Although a surgeon recommended amputation of the damaged finger, ultimately the wound healed by itself.

Jackson survived the wounds and the amputation but died from pneumonia a week later.

Before General George Armstrong Custer infamously overplayed his hand at Little Big Horn while fighting Lakota Sioux and Cheyenne warriors, he was a heroic commander during the Civil War. And although he graduated last in his class at West Point, he made brigadier general at 23 years old.

Custer was also known as somewhat of a dandy — a man with a greater than average focus on what he wore and personal grooming. He often wore custom-tailored velvet uniforms with gold lace and bright red scarves and large sombrero-style hats. And he was very preoccupied with his blonde hair, which he wore very long. He constantly combed it and scented it with cinnamon.

While he was working long hours at the Joint Special Operations Command and then overseeing all NATO forces in Afghanistan, Gen. Stanley McChrystal was eating just one meal per day.

But why? He liked the “reward” of food at the end of the day.

“When I was a lieutenant in Special Forces many many years ago, I thought I was getting fat,” said McChrystal. “And I started running, and I started running distance which I enjoyed. But I also found that my personality is such that I’m not real good at eating three or four small disciplined meals. I’m better to defer gratification and then eat one meal.”

The one meal he ate was dinner around 8 to 8:30 p.m. McChrystal also only slept about four hours per night.

Legendary French general (and emperor) Napoleon Bonaparte would go days without getting a full night’s sleep (or changing clothes). But he knew the value of the “combat nap.” Napoleon had the ability to catch a few Zs on the fly seemingly at any time including right before a battle or even when cannons were going off nearby. Then once the action was over he’d sleep for 18 hours straight.

Not quite as sartorially flamboyant as Custer during the previous century, General Douglas MacArthur was nonetheless very image conscious from his hat choices to his leather jackets to his pleated khakis and jodhpurs. A long-time cigarette smoker, MacArthur provided the Missouri Meerschaum Company with precise specifications for the deep-bowled, long-stemmed pipe that he used as a distinctive prop during public appearances.

The outsized pipe was good for show but difficult to smoke, so Missouri Meerschaum gave the general other pipes to use for his pleasure. Missouri Meerschaum continues to craft replicas of MacArthur’s customized pipe, and Ray-Ban named a sunglass line after him in 1987.

Check out WATM’s podcast to hear the author and other veterans discuss these and other crazy officers.