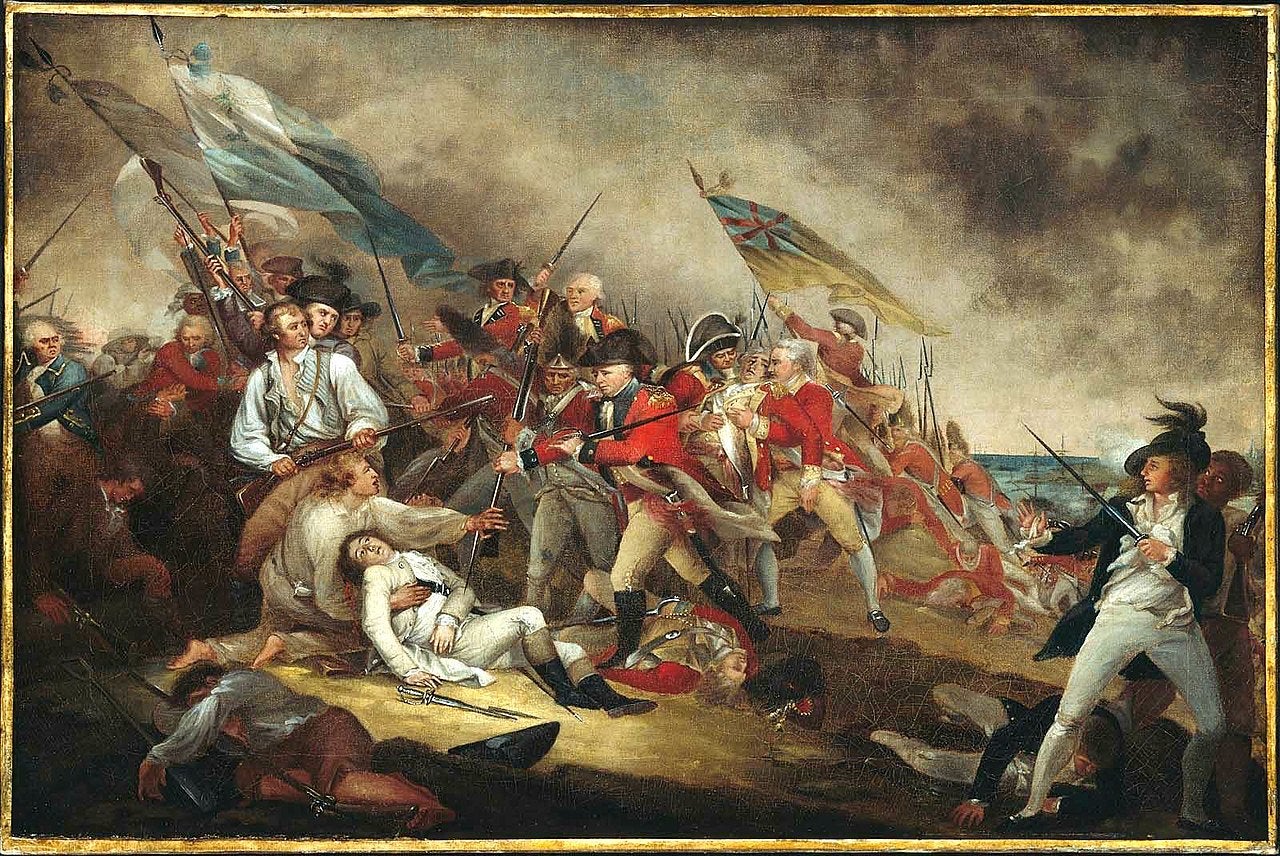 The Death of General Warren at the Battle of Bunker's Hill, June 17,1775. (Wikimedia Commons).

In 279 BC, the Greek king Pyrrhus of Epirus defeated the Roman Army at Asculum in a relatively even matchup. The historian Plutarch wrote that the battle lasted two days and Pyrrhus was never able to fully deploy the war elephants that had won him victory in previous battles. The end result was a staggering loss of life for the victorious Greek invaders.

After the battle, Pyrrhus famously said “If we are victorious in one more battle with the Romans, we shall be utterly ruined.” He was right, and it didn’t even take one more battle. Pyrrhus realized he could not defeat the Romans so far from home and left to fight elsewhere. Pyrrhus’ words have since echoed through the ages, giving a name to battles that were technically won, but were devastating to the victors.

The United States has lost battles in its time, but the following were the battles that inflicted the heaviest, most devastating casualties on the enemy “winner.”

There’s a reason this is one of the Revolutionary War’s most celebrated fights, despite recording a loss for the patriot forces. The British were coming to Boston to take the hills surrounding the city and thus control of the harbor. The patriots constructed fortifications on Breed’s Hill while occupying it and adjacent Bunker Hill in the middle of the night.

The next day, June 17, 1775, the British discovered the occupation of the hills and mounted an assault. It took three successive waves to dislodge the defenders, waves that killed or wounded a third of the British force. The king’s troops learned that day the Americans wouldn’t give up so easily.

In this North Carolina battle of the Revolution, the British wanted to expel the Continental Army from the Southern Colonies for good, following up a string of victories in Georgia and South Carolina. Outnumbered more than two to one, they instead started a series of events that would lead to an American victory in the war.

As the British advanced on the Americans, they came under enfilading fire on multiple sides of their formation. To even the odds, the British used grapeshot in their cannons that not only killed the Continentals, but also their own men. The Americans left the field, but word spread and recruitment of loyalists dropped. Continental Gen. Nathaniel Greene was able to push back into South Carolina and British control of the south crumbled.

Lee’s “Perfect Battle” was actually far from perfect for the enlisted men who fought it. Confederate general Robert E. Lee was heavily outnumbered by the Army of the Potomac under Union Gen. Joseph Hooker, so he went against military doctrine and divided his forces. Twice. Somehow, the plan worked.

The win at Chancellorsville can be attributed more to leadership than to any wise strategy, however. Hooker made several crucial mistakes that also went against military doctrine that allowed the better-led Confederates to win the day. Lee lost 20% of his forces and one of his best commanders, Stonewall Jackson, at Chancellorsville, while the Union lost less than 10%. The Union could replace its losses, Lee could not.

With the Pacific War less than a year old, American and Japanese carriers met for the fourth time. As the two sides’ ground forces were slugging it out for control of Guadalcanal, their navies were locked in an intense naval air battle for two days during October 1942.

Both sides sailed away with bloody noses, but the United States took the worst of it, losing seven ships, including the aircraft carrier Hornet and more than 80 planes. It was a tactical victory for the Japanese Navy, but one it couldn’t afford. It still took a beating during the win and lost half the aircraft in its fleet, along with irreplaceable pilots.

5. The Battle of Chosin Reservoir

As American forces pushed the North Korean Army past the 38th parallel and close to the Chinese border, the People’s republic of China suddenly entered the war for its communist ally. Its main advantage was its numerically superior forces, because when U.S. Marines and soldiers found themselves suddenly outnumbered, they were outnumbered 10-to-1.

For 17 days, the two sides fought in deep snow and freezing temperatures, but the only difference the superior numbers made was creating a target-rich environment for the retreating Marines. The Chinese managed to give the U.S. the boot from North Korea, but of the 10 divisions facing the U.S. forces, eight would never fight again.