Navy vet and hip hop artist B. Taylor has a new music video with a message of unity and love - We Are The Mighty 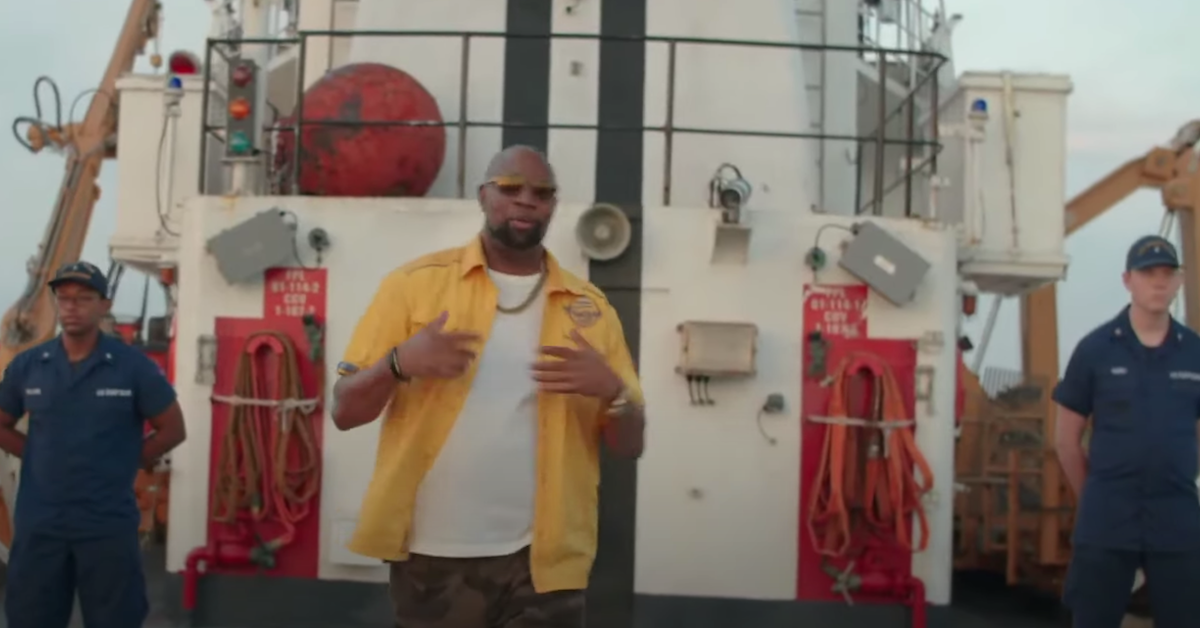 Before he became a No.1 Billboard-charted artist, B. Taylor found success in sports and the military. The Peoria native played football and basketball at the University of Missouri and served in the Navy with distinction. His athleticism persisted into his Navy career and he played on the All Navy and Military Team USA basketball teams. He was later awarded special duty and given an honorary discharge by the Secretary of the Navy in order to pursue his interests in the NFL and music professionally.

B was discovered by the late Pete Moore of Smokey Robinson and the Miracles fame. “I call B. Taylor the ‘Stevie Wonder of Hip Hop’ because of his musicianship and it reminded me of when we, ‘The Miracles,’ discovered Stevie Wonder and brought him to Motown,” said the Motown legend. “B is my swan song.” In addition to Moore and The Miracles, B has been endorsed by The Temptations, The Marvelettes, The Vandellas, The Four Tops, The Gordy Family and even the Cash Family for his musicality and talents as an artist, producer, and songwriter. He has performed for President Bush’s family and President and First Lady Obama. B has also opened for notable entertainers like Ludacris, Snoop Dogg, and Ray J.

B earned two Grammy Nomination Considerations in 2012 for his hit single “Fire In Your Eyes.” The song reached No. 1 on the Billboard Hot R&B/Hip Hop Singles Sales Chart. The music video for the song features actress Pauley Perrette of NCIS fame. The two met on the show’s set when B was invited to visit by a friend who serves as an adviser to the series. B and Perrette hit it off and Perrette invited him to her church. “She was just so charismatic and had a great spirit,” B said. The time they spent together inspired B to write “Fire In Your Eyes.”

“We were just hanging out afterward at church, playing piano and messing together,” Perrette recalled. The two artists collaborated on the song and music video. “I love his positivity,” Perrette said of B.

B has gone on to find success with appearances on ESPN, Extra and The Insider/Entertainment Tonight. He has been featured in Billboard and Black Radio Exclusive Magazine and wrote a chapter for the best-selling book Professional Performance 360 Special Edition: Success 2nd Edition. His chapter, “1 Life, 1 Miracle,” details his determination to pursue success throughout his athletic, military and music careers.

Though he has found great success as an artist, producer and songwriter, B has not forgotten about his brothers and sisters in uniform. He maintains an active presence in the military community as a Global Ambassador of Music and Entertainment for service members, veterans, first responders and their families. He is also a part of the 1 Life Organization, a nonprofit whose mission is to combat veteran and first responder ailments like PTSD, suicide, homelessness and depression. They do this through a variety of alternative healing therapies like music, arts, sports, and animal therapy programs.

Seeing the division and strife in America today, B decided to use his musical talents to deliver a message of unity and love. His new single, “We Are One, Love Is All We Need,” focuses on bringing people together on common ground like service and support. The music video was an immense collaboration that included organizations and agencies like the DoD, DHS, VA, Tampa Warriors and Tampa Bay Buccaneers to name a few. Thanks to the outpouring of support from so many communities, the video features first responders, service members, veterans and civilian community members united to deliver the message that we are one … and love is all we need.