The complete base guide to the Air Force’s Hurlburt Field 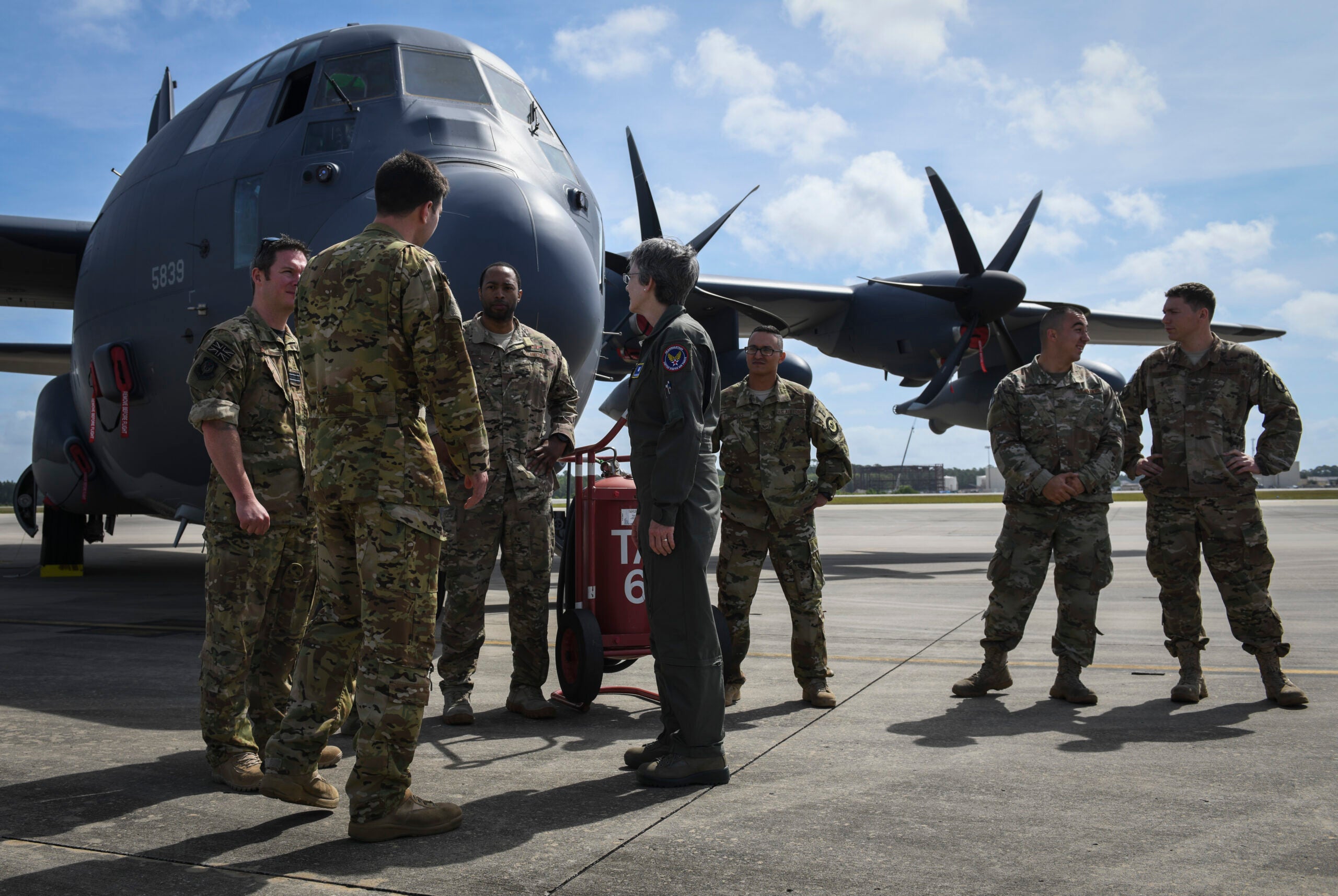 You might know Hurlburt as the place where Airmen go to Special Ops school. In fact, Hurlburt is the installation where the Air Force’s best and brightest learn to meet the demanding requirements of special ops, resulting in some of the most elite training in the Air Force. But there’s more to Hurlburt than just bad-ass airmen. Actually it’s a whole lot more! Speaking of Special Ops – here’s a definitive guide that answers all of the questions you’ve never thought to ask.

Hurlburt is part of the greater Eglin footprint. It’s due west of Mary Esther, Florida, a super tiny town with a big-hearted feel. The town gets its name from its first postmaster who named it after his two daughters. How sweet is that?! Hurlburt is part of the Emerald Coast, a major tourist attraction that features pristine white sand pieces and brilliantly turquoise waters. You’re going to love it, promise.

Hurlburt Field is located in the Florida panhandle, 35 miles east of Pensacola on the Gulf of Mexico.

Hurlburt Field can be reached by car using the following routes.

Driving allows you to explore and visit nearby destinations. The base is on the Gulf of Mexico though, so prepare for a long drive!

The mission of the Air Force Special Operations Command is to provide the nation’s specialized airpower, capable across the spectrum of conflict any time or any place.

What’s in a name? Well, if you’ve been around the DoD for a while, you know that sometimes installation names are fantastic and sometimes they’re a little lacking. Group Hurlburt Field into the latter category, as it was once called Auxiliary Field No. 9.

Aux Field 9 was one of the original small pilot and gunnery training fields built on the sprawling Eglin Air Force Base complex in the 1940s.

Then in 1955, the base got a big name tenant when the 17th Light Bombardment Wing arrived from Minho, Japan, to conduct routine training. Three years later, the 4751st Missile Wing of the Air Defense Command came to Hurlburt. Its mission was to test surface-to-air missiles launched from facilities on neighboring Santa Rosa Island.

Of course, all names change eventually. In fact, the 1st SOW got a new name in 1993 when AF Chief of Staff Gen. McPeak renamed it the 16th SOW.  These days, the mission remains the same – to provide a rapid reaction force for global special operations.

Things to Do Around Hurlburt Field

Heritage Park and Cultural Center (6.7 miles) boasts multiple museums that focus on local history dating all the way back to 12,000 B.C. through the 1950s.

Garniers Beach Park (9.4 miles) has 240 feet of beach on Choctawhatchee Bay, along with picnic areas, playground equipment, a boat ramp, and more.

Indian Temple Mound Museum (6.7 miles) first opened in 1962 and has exhibits with artifacts from European Explorers, local pirates, and early settlers, along with an impressive collection of prehistoric ceramics and over 1,000 artifacts of stone, bone, clay, and shell.

Before you PCS, contact the Military Housing Office to get up to date information about the current housing conditions on base.

Then, decide if you and your family want to live on base or out in the community. Corvias manages housing for Hurlburt Field.

Unaccompanied Housing is provided for Airmen ranked E-1 to E-3 and E-4s with less than three years in service.

While there are no DoDEA schools on base, mil-kids living on or near Hurlburt Field have plenty of options! Students will benefit from six elementary schools, three middle schools, and two high schools. There are also a wide array of private schools and pre- and post-school activity centers. Speak with the School Liaison Office for more information.

What is Hurlburt Field known for?

Is Hurlburt Field AFB a good base?

Hurlburt Field offers base housing, desired amenities like a golf course, swimming pools, commissary, exchange, outdoor recreation, a bowling center, and is close to unbelievable beaches. If those are a few of the things that you’re looking for, then yes, Hurlburt Field is a good base!

What command is Hurlburt Field?

Hurlburt Field is home to the Air Force Special Operations Command and the 505th Command and Control Wing.