11 true stories of Christmas magic - We Are The Mighty 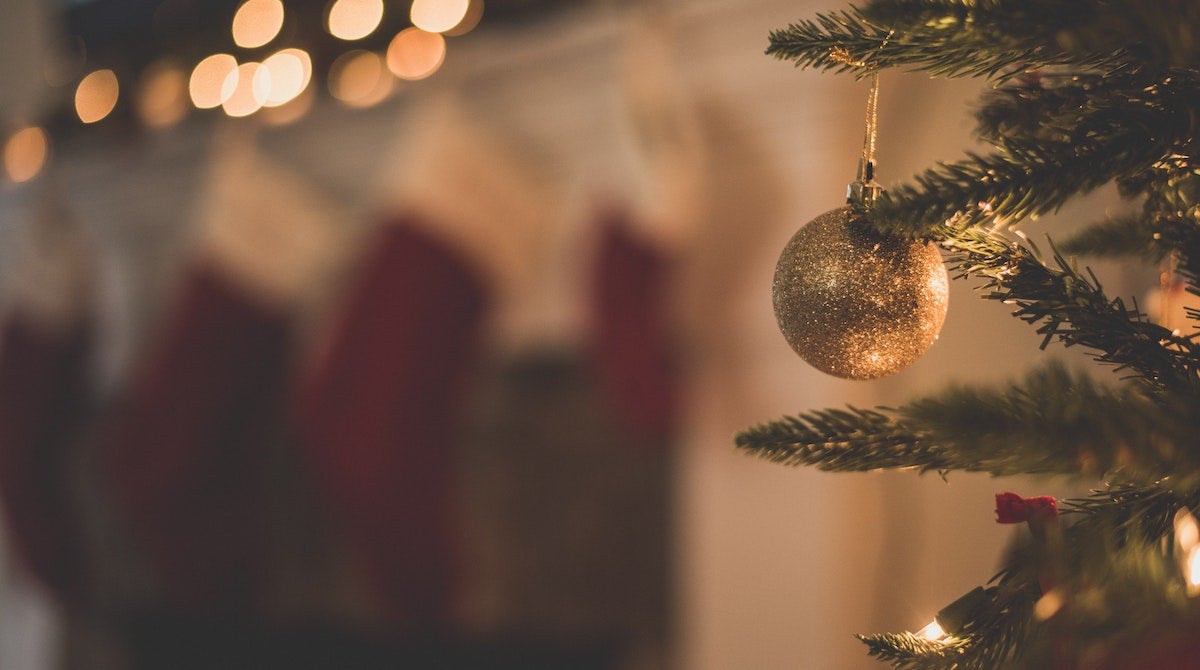 If you’re reading this, it means you’ve survived 2020 and 2021. And if you’ve survived thus far, it means you’re well aware that life can get pretty dang dark. It’s all too tempting to become cynical and jaded, but at the end of the day, I’m a firm believer that light and love are still quietly present. Small miracles are found all around us. They’re found when kind strangers lend a hand. When a beloved pet makes it home safe. When a life is nearly lost, but decides it’s not quite finished. Too old to believe in miracles? Well, keep reading, because all of the heartwarming, unexplainable stories below are true.

1. When Christmas arrives by balloon.

In 2011, Rosa Cardenas de Reyes’s husband had been unemployed for some time. The family couldn’t afford presents for Christmas, so Rosa fell back on an old tradition; sending notes to Santa by balloon! She helped her five year old daughter, Helen, write a letter, attached it to two helium balloons, and set it free. More than 500 miles later, the note was delivered to a ranch in Northern California. The owner of the ranch, Lane Sanderson, discovered the letter with his son, had the note translated, and got to work.

His wife and daughter shopped for clothes and a doll, wrapped them up, and sent them to the Reye’s family. Helen was thrilled, and Rosa was moved to tears. In an interview with the Auburn Reporter, she said, “I was very much surprised. It is like a miracle happened, a Christmas miracle.”

The idea of losing a dog is enough to still the heart of any pet owner. Ashley Power was unfortunate enough to experience the nightmare herself. Her beloved dog, Frankie, disappeared one day in Spruce Grove, Alberta. After five months of searching and posting flyers, she anticipated the worst had happened. Then, she got a phone call. It was the Langley Animal Protection Society. They had found Frankie in Abbotsford, BC, over 600 miles away! Power couldn’t afford to fly him home, so LAPS enlisted the aid of a truck driver who was thrilled to reunite the pup with his favorite human.

3. When a hatbox serves as an adoption agency.

The year was 1931. It was Christmas Eve in Superior, Arizona and Ed and Julia Stewart were on their way home when their car sputtered to a stop in the middle of nowhere. As Ed tried to get the engine running again, Julia ambled around the desert highway. Then, she saw something that seemed out of place in the bleak landscape. It was a hatbox. She called her husband over, and when they looked in the box, they found a newborn baby girl.

Ed rushed to fix the car, and the couple rushed the baby to the police station. She was perfectly healthy, and 17 different couples volunteered to adopt her. Eventually, she was adopted by Faith Morrow. She lived a long and happy life, eventually tracing her roots and unraveling some of the mystery behind her Christmas Eve hatbox adventure.

Laura Rice of West Michigan was unconscious and relying on life support when her favorite season came around: Christmas time. Doctors advised her family that the odds of her ever waking up were slim. Her husband, Michael, had faith. He put up the Christmas lights on their house and sat by her side, vowing not to take down the lights until she opened her eyes. A month went by, then two. It was after New Year’s when she woke up with no explanation, moved by her husband’s unwavering hope. She was expected to make a full recovery. That was four years ago, so hopefully the Rice family is putting up the lights again for Christmas 2020. This time, together.

5. When a heart decides to beat again.

Gemma Bothelo was just four years old when she got the flu. She had a low-grade fever on December 13th, but just a few days later her condition rapidly deteriorated. She was rushed to the hospital pale and losing circulation to her fingers and toes. Shortly after she arrived, she went into cardiac arrest.

The doctors performed CPR, advising her parents to prepare for the worst. After a nail-biting 45 minutes, Gemma’s heart began to beat again. Doctors admitted that the world of medicine can’t explain everything, but her parents consider her recovery a true Christmas miracle.

6. When walking shouldn’t be possible, but it is.

In 2008, 7-year-old Marko Dutschak developed a cyst on his back. While it was technically benign, the cyst obliterated the majority of his spinal cord, rendering him paralyzed from the chest down. Doctors gave him a slim chance of ever walking again, but Marko had other plans.  Just a week before Christmas, he hopped out of his wheelchair and walked out on the balcony of his hospital room for some fresh air. The neurosurgeon on his case, Hans Georg Eder, was blown away by the child’s recovery, saying, “In medical terms we don’t talk of miracles, but the boy’s recovery was not medically expected and is really a sensation. The cyst had completely surrounded the spinal cord, which was as thin as a thread inside it.”

7. When a family gets to spend the holidays at home.

Worrying about losing your home is just about the hardest thing a family can endure. After a series of tragedies, Daniel and Ebony Sampson were facing foreclosure just before Christmas. First, Ebony survived a car accident as a teen that killed both of her parents. She inherited the house, got married, and had two children, when her husband lost his job. Then, Ebony discovered she had a third child on the way. They needed $10,000 to bring their mortgage current, and had little hope of coming up with the funds in time to save their beloved home.

That’s when her friend, Jaki Grier, stepped in. She shared the Sampsons’s story on her blog along with a donation link. One by one, donations began rolling in. Just five days later, a total of $11,032 had been donated by total strangers. Some of the donors were struggling themselves, but they wanted to help anyway. The Sampson family home was saved.

8. When a car crash saves Christmas.

Kim Kerswell was already stressed beyond belief. The single mom of two was rushing to grab last-minute gifts for her kids when she rear-ended a stranger named Sherene Borr. Most drivers are understandably livid when someone crashes into their car, but Sherene had her priorities straight as a stick. The women chatted as they exchanged insurance information, and Kim admitted that she was struggling to make ends meet. She could afford her insurance deductible or presents for her kids, not both. Sherene had been raised by a single mom herself and decided that kids missing out on Christmas was unacceptable. She dismissed the damage to her car and offered to buy presents for the Kerswell family. The two women became friends, and Kim vowed to one day pay it forward to another family in need.

9. When a massive pileup turns out pretty okay.

The holiday season is full of cheer, but it’s also full of accidents. The combination of traffic, winter weather, and partying often takes a lethal turn. On Christmas Day, 2012 in Oklahoma City at nearly 3 am, freezing rain turned the highway into a hazardous slip n’ slide. Cars and trucks spun out of control, quickly spiraling into an ugly 21-car pileup. Police and paramedics rushed to the scene, expecting to treat dozens of serious injuries. When they arrived, they were shocked. Not a single person was hurt. How is that even possible?!

Donna Molna really shouldn’t be here. On her way to the store one Christmas near her home in snowy Canada, she was trapped in a blizzard and lost her way. Her car ended up stuck in a field, and she was stranded there with no warm clothing or supplies. Three days later, she was found lying in a snowdrift, buried under 23 inches of snow. By all measures, she should have died from exposure, yet she didn’t. She was hypothermic and had a bit of frostbite, but she was very much alive. That’s about the equivalent of jumping out of a plane without a parachute and walking away with a scraped knee.

11. When a mother and child die, and then return home safe and sound.

In December, 2009, Colorado local Tracy Hermanstorfer was excitedly expecting a baby boy. But on Christmas Eve when she finally went into labor, everything went wrong. Tracy became unresponsive and stopped breathing. Assuming they had lost her, doctors focused on saving the baby. Tragically, after delivering him via C-section, the newborn was limp and lifeless. Doctors considered it a stillbirth and handed the baby to Tracy’s husband, Mike.

He held the child in his arms, thinking he had just lost his wife and baby in the same hour, when the unexplainable happened. The baby began to breathe. Seconds later, after four minutes without taking a breath, Tracy did too. The doctors couldn’t explain how the pair recovered from the brink of death, but recover they did. Tracy and Mike drove home safe and sound with their healthy baby boy, Coltyn.