Did you know Martha Washington was one of the few female plantation owners? - We Are The Mighty

Did you know Martha Washington was one of the few female plantation owners? 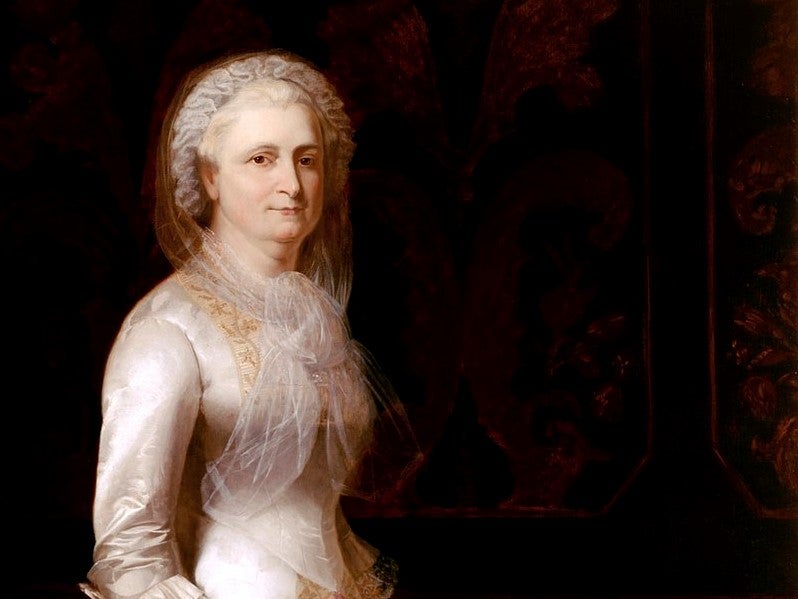 Long before she ever served as our country’s original First Lady — the OG American leading lady — she lived a prosperous and successful life. She wasn’t “just” a homemaker or took a backseat to the political process. She was actually a prolific landowner, who was in charge of multiple plantation operations. It’s a role she came by through generations, as she herself was born on her own parents’ plantation.

In 1731, she was born as Martha Dandridge to John and Frances Dandridge. Her father was an immigrant from England (her mother was born in America), and made his living by farming in the Virginia Colony. Growing up on a plantation, she learned the business (if even indirectly) and trained for her eventual role as a land owner herself.

At just 18, she married another Virginia plantation owner, Daniel Parke Custis, who was 20 years older than she. The pair met when Martha was 16 and dealt with family disapproval through their courtship until they were wed two years later. Custis also came from a large plantation family, and as the sole heir, took over his family’s large estate — one of the wealthiest in Virginia at the time.

But in 1757, when Martha was a young woman of 26 years old, her husband Daniel passed away, leaving her the entirety of their estate. Custis did not have a will — he presumably died from a heart attack and was 37 years old — which meant she was automatically willed the land. One-third was hers for her lifetime, with the other two-thirds left to their four children once reaching adulthood. During this time, Martha successfully ran the plantation. She was in charge of more than 17,000 acres, investments, and liquid cash. Her biographer wrote that Martha “capably ran five plantations” and that she bargained with London merchants to earn more for her tobacco crops. With the assets, she was also in charge of some 300 slaves, whom her second husband, George Washington, granted their freedom upon her death. (We condemn the practice of slavery by the Washingtons and throughout the Mount Vernon estate.)

At the time, Martha was left as the wealthiest widow in Virginia, and one of the wealthiest people in the colony altogether. It was rare — but not unheard of — for women to have such roles. For two years she successfully ran five plantations as the head of household.

She then married the future First President, George Washington in 1759.

However, once she married George Washington, he took control over her inheritance under the law of seisin jure uxoris, meaning the man has a right to his wife’s possessions. (This was the culture of the time, and in fact, women in Great Britain were not legally allowed to own property until the 1880s.) Washington then became the plantation owner of the former Custis estate.

Washington remained the land and slave owner until he passed in 1799. At this time, Martha again inherited the land, until it was willed back to her son. However, Washington added a provision to his will that his own 124 slaves would be freed upon Martha’s death. Martha feared for her own safety, citing several fires that were started at Mount Vernon. Martha ended up releasing the slaves on her own accord a year before her passing in 1802.