This is why the ‘Bouncing Betty’ was absolutely devastating 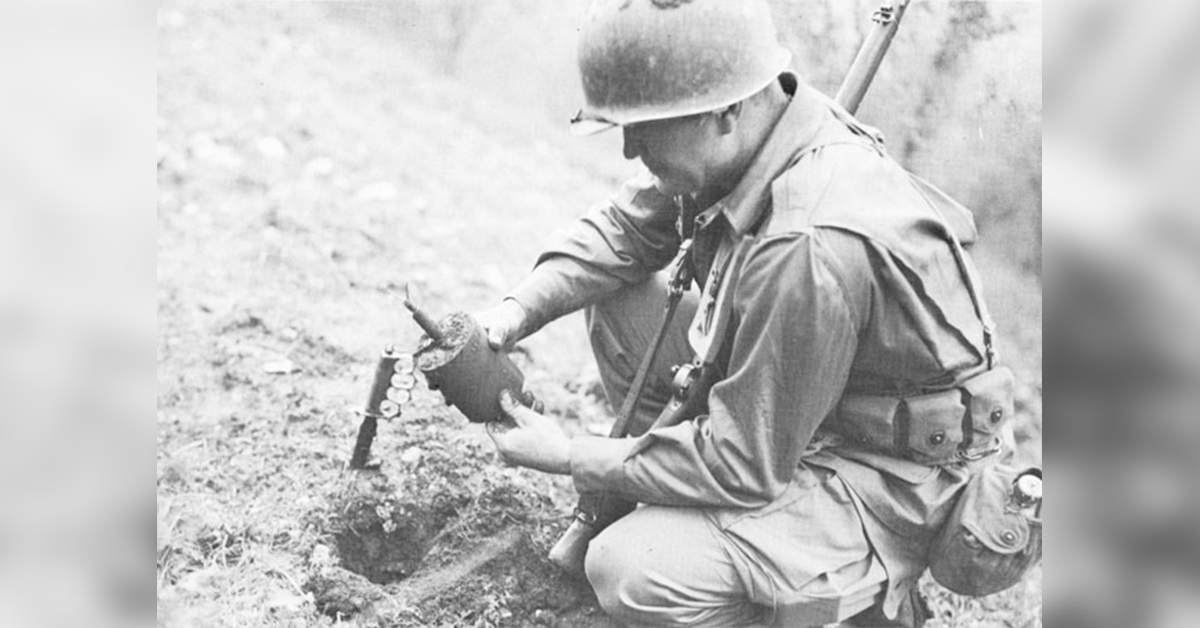 Developed by German Engineers during the 1930s as a defensive strategy of the Third Reich, the self-contained anti-personnel mine was originally named Schrapnellmine or S-Mine. Considered one of the deadliest tools on the battlefield, the French first encounter this version of bouncing mines in 1939 as it devastated their forces.

Dubbed the “Bouncing Betty” by American infantrymen, these mines were buried just underground, only exposing three prongs on the top which were usually camouflaged by the nearby grass vegetation.

Related: ISIS is digging up Nazi land mines in Egypt to use for IEDs

Once these prongs were disturbed by a foot or vehicle, the mine would shoot itself upward to around 3 feet or at its victim’s waist level using its black powder propellant. The fuse was designed with a half a second delay to allow its aerial travel.

As it detonated, ball bearings contained inside flew out rapidly and acted as the casualty producing element. The S-mine was lethal at 66 feet, but the American training manuals stated that serious casualties could be taken up to 460 feet.

The landmine had great psychological effects on ground troops as it was known to inflict serious wounds rather than kill.

Although the Schrapnellmine was highly effective and constructed mostly out of metallic parts, detection was quite simple using metal detectors. However, at the time, such heavy and expensive gear wasn’t available to all infantry units as they fought their way through the front lines.

Also Read: The US Navy has minehunting ships that are terrible at finding mines

So allied forces had to probe the soil with their knives and bayonets to search for the dangerous mines. When they were discovered, a soldier could disarm the Bouncing Betty with a sewing needle inserted in place of the mine’s safety pin.

Production of the Bouncing Betty ended in 1945 after Germany had manufactured 2 million of the mines.