Today in military history: Brits launch Operation Gomorrah against Nazis - We Are The Mighty 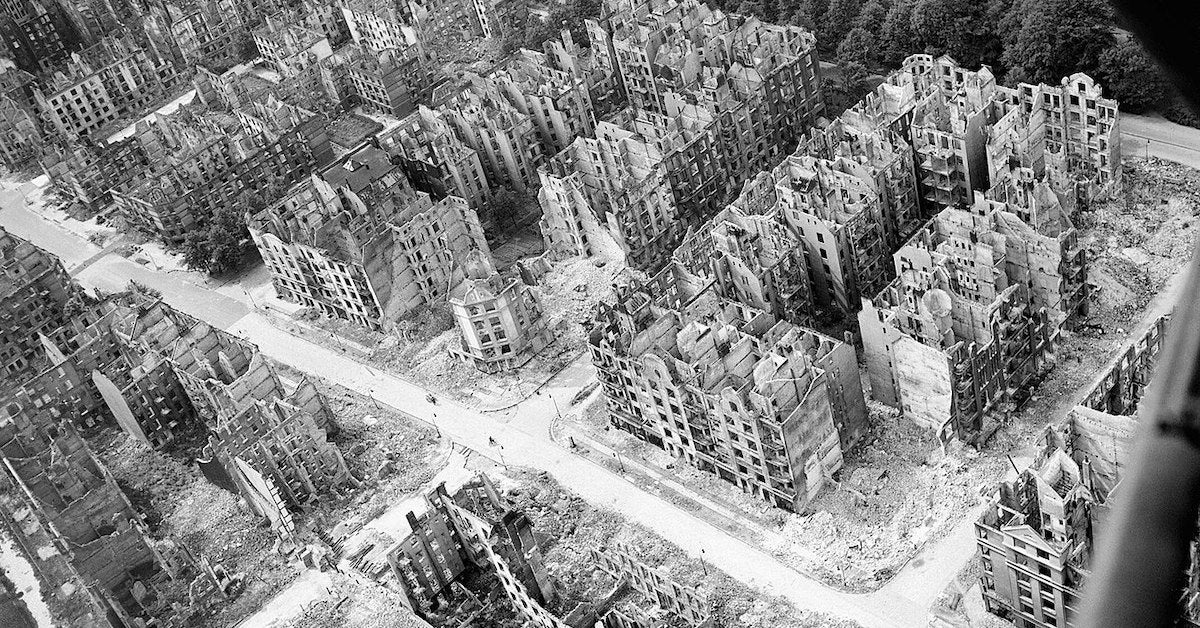 On July 24, 1943, the British responded to the blitzkrieg of Great Britain with an attack against the German city of Hamburg in what was called Operation Gomorrah.

Earlier in the month, Germany began bombing raids against Great Britain, who decided to return the favor. On the evening of July 24, 1791, British aircraft dropped twenty-three hundred tons of bombs on Hamburg — the equivalent of the Luftwaffe’s first five raids on the city of London.

At the time, the Battle of Hamburg was the heaviest assault in the history of aerial warfare and utilized an early form of chaff by the Royal Air Force to confuse German radar.

The attacks on Hamburg continued through November of that year, killing over thirty thousand people, including civilians seeking safety in air raid shelters and cellars, and destroying hundreds of buildings, including industrial and munitions plants and over 50% residential neighborhoods.

Hitler was so distraught over the destruction, he refused to visit the city, leaving the people of  Hamburg alone in the wreckage.

Featured Image: Royal Air Force Bomber Command, 1942-1945. Oblique aerial view of ruined residential and commercial buildings south of the Eilbektal Park (seen at upper right) in the Eilbek district of Hamburg, Germany. These were among the 16,000 multi-storeyed apartment buildings destroyed by the firestorm which developed during the raid by Bomber Command on the night of 27/28 July 1943 during Operation Gomorrah). The road running diagonally from upper left to lower right is Eilbeker Weg, crossed by Rückertstraße.