Today in military history: Patton relieves Bastogne in Battle of the Bulge - We Are The Mighty

Today in military history: Patton relieves Bastogne in Battle of the Bulge 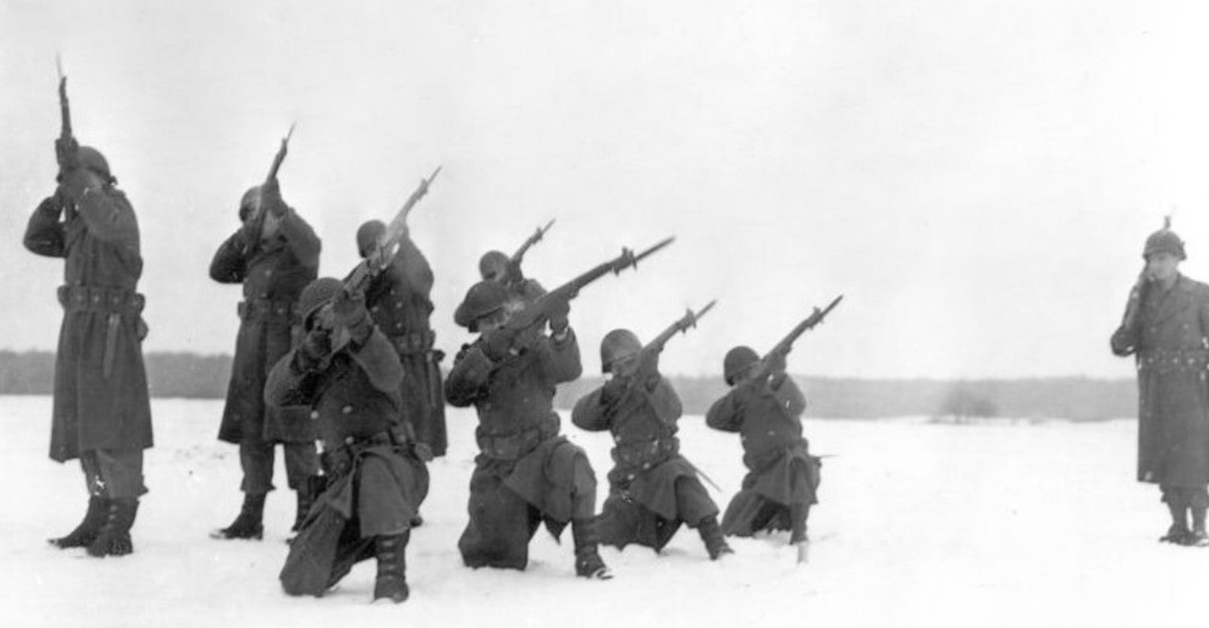 On Dec. 26, 1944, General George S. Patton relieved the besieged Allied defenders of Bastogne, Belgium, during the Battle of the Bulge.

In what was Germany’s last major offensive campaign on the Western Front during World War II, Adolf Hitler launched a surprise blitzkrieg, attempting to split the Allied armies through the Ardennes forest. On Dec. 16, more than a quarter of a million Germans launched a brutal attack against the unsuspecting Allies.

The German armies drove deep against the Allied front, which began to appear like a large protrusion or bulge, for which the battle was named. Heavy snow battered the troops on the ground as the Germans surrounded the Belgian town of Bastogne, which was defended by the 101st Airborne Division.

In a hail-Mary move, “Old Blood and Guts” Patton managed to turn his Third Army ninety degrees to counter the German attack, breaking through their lines and pushing the Germans east across the Rhine.

The fighting started with an assault by 200,000 Germans against 80,000 Allied troops. But, as Patton’s Third Army swung north to hit the German flank and other Allied units rushed to the aid of the defenders, 600,000 Allied soldiers pushed back the German force that grew to 500,000 men.

With over 100,000 casualties, the Battle of the Bulge was the bloodiest engagement ever fought by the U.S. army, but the German counter-offensive was defeated.