8 of America's top Army Rangers - We Are The Mighty 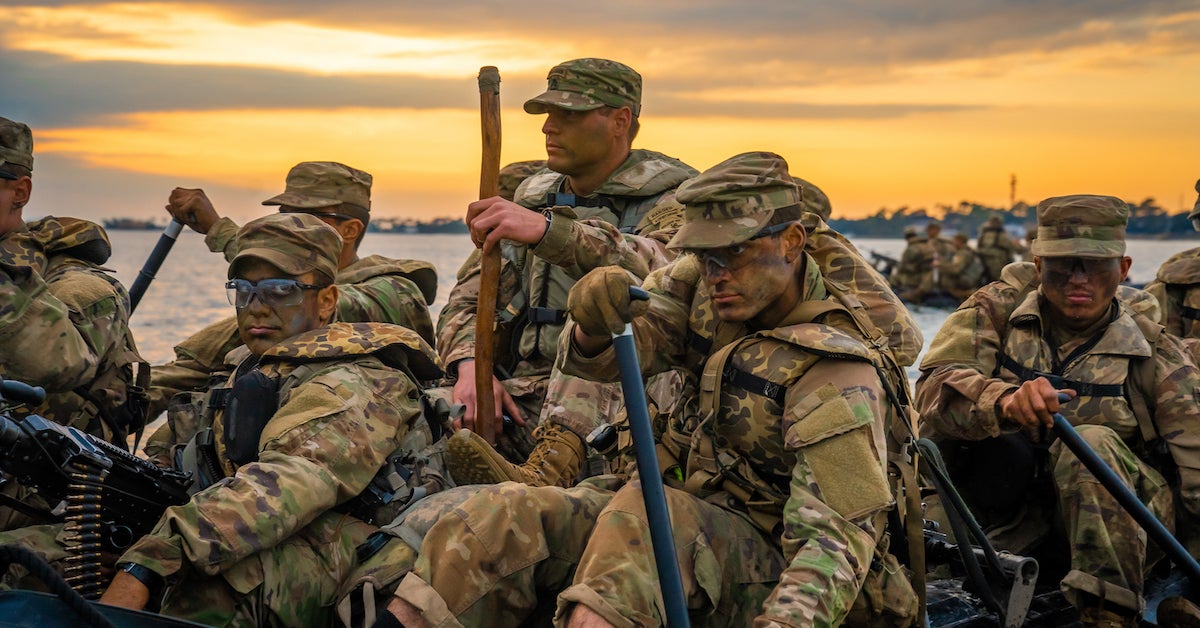 The U.S. Army’s elite Rangers trace their own history back to the days before the United States won its independence from Britain. As an official fighting force, the Rangers have seen action in every U.S. military operation since World War II and they all train at Fort Benning, Georgia.

Fox News’ Pete Hegseth takes viewers inside the grueling event on the three-part docuseries “America’s Top Ranger,” available to stream on FOX Nation. But before you catch Pete as he follows America’s best warfighters, take a minute to learn about some of the Rangers’ most legendary alumni.

The heritage of the Army Rangers predates the founding of the United States. During one of the colonies’ earliest wars, Robert Rogers led an unconventional force against France and its American Indian allies.

Rogers’ unit was one of very few who could operate in the rough frontier environments of the Northwest Territory. He would write, “28 Rules of Ranging,” as a guide for his troops — rules that have been adapted for modern rangers.

Morgan’s Army career started (and nearly ended) in the British Army, where he punched out a superior officer after the man struck Morgan with the flat edge of his sword. Morgan survived a punishment of 500 lashes and went on to join the patriot cause in the American Revolution.

He founded “Morgan’s Riflemen,” a company of sharpshooting frontiersmen who laid siege to Boston, invaded Canada, and wore distinctive hunter’s shirts instead of uniforms because they struck fear in British soldiers. He helped defeat the British at Saratoga and roamed the southern colonies harassing British troops.

When the U.S. decided to create a special operations unit to penetrate deep in the jungles of Burma and harass the Japanese, they tapped West Pointer Gen. Frank Merrill to lead the unit. Nicknamed “Merrill’s Marauders,” they would march 750 miles into enemy-held territory.

In less than a year, the Marauders would engage the Japanese 32 times, fighting in five major battles in the China-India-Burma theater of World War II, often against superior numbers. While fighting Japanese troops, they were also fighting illness and hunger while deployed far from friendly lines.

Darby might be called America’s first modern Ranger. When the U.S. created ranger units, it was Darby who volunteered to organize and train them. Within a year after the order was given, Darby was landing with his rangers in Algeria, personally leading the assault teams.

In September 1943, Darby was out of North Africa and landed in Italy ​​during the Rome-Arno and Anzio campaigns. In 1945, he was leading the U.S. Fifth Army’s breakout toward the Po River, when he and his staff were killed by an artillery shell. Darby’s career ended with two Distinguished Service Crosses, a Silver Star, a Bronze Star, three Purple Hearts and the Legion of Merit.

The 2nd Ranger Infantry Company was the only all-Black Ranger unit ever formed, a special operations unit whose specialty was irregular warfare. Known as the “Buffalo Rangers,” the 2nd RIC was the U.S. 7th Infantry’s scouting unit in Korea. They became known for their ability to inflict massive casualties on the enemy while taking relatively few losses of their own.

Although only in existence for just 10 months during the Korean War, the 2nd Ranger Infantry Company earned ​​four campaign streamers, nine Silver Stars and over 100 Purple Hearts.

Gary Littrell was deployed to South Vietnam as a Light Weapons Infantry Advisor with the 23rd Battalion, 2nd Ranger Group in Dak Seang when an intense and destructive North Vietnamese mortar attack killed all the other Ranger advisors present. It also killed the South Vietnamese commander.

Under heavy, concentrated attack for four days, he directed artillery and air support and led the remaining forces against repeated assaults, putting his own life at risk to shout encouragement to the ARVN forces in their own language. When they finally had to fall back, they were met by ambush after ambush. Littrell called on air strikes at dangerously close distances while keeping his force together. Today, Littrell is a member of the Ranger Hall of Fame.

Shughart and Gordon were deployed to Somalia as part of Task Force Ranger in 1993, serving as members of Delta Force. When the Deltas and Rangers were called on to capture two high-level targets attending a meeting in Mogadishu, one of the Black Hawks on the mission was shot down.

Shughart and Gordon were providing sniper cover from another Black Hawk circling overhead when they saw hostile Somalis converging on the site. They repeatedly asked for permission to insert and provide the protection from the ground, knowing it could lead to their deaths. They retrieved pilot Mike Durant from the crash site and moved him to a more defensible position, but they were soon overrun and killed.

Tillman was a lifelong football player, taking his high school team to the state championship, playing football at Arizona State University, and being drafted by the Arizona Cardinals in 1998. In 2000, he was named to Sports Illustrated’s NFL All-Pro team. But in May 2002, after the September 11th attacks on New York and Washington, he finished his contract with the Cardinals and enlisted in the U.S. Army.

In his Army career, Tillman deployed to participate in the 2003 U.S.-led invasion of Iraq, graduated from Ranger school at Fort Benning and deployed to Afghanistan. In April 2004, Tillman was killed in action by friendly fire when his platoon was split up and engaged in an intense firefight in Afghanistan’s Khost Province.

Think these stories are badass? You can watch the best of today’s Army special forces compete for the title of Best Ranger on FOX Nation, with a free yearlong subscription for active military and veterans. Find out how to watch here!