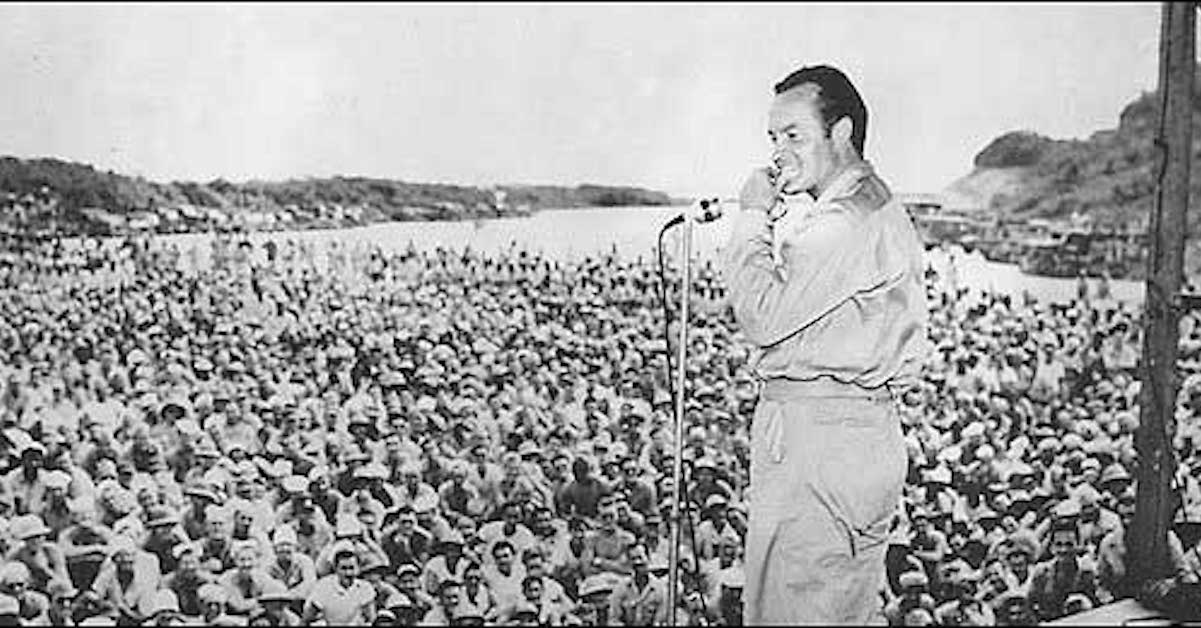 Bob Hope was a British-born, American immigrant born on May 29, 1903, and died on July 27, 2003. This comedian was instrumental in keeping American troops entertained overseas throughout his career. He dedicated his life to U.S. troops in areas of conflict that other entertainers did not dare venture to. He worked on Broadway, in radio and feature films. Hope was the star of his own TV show in the 1950s with NBC. Later in his career he won an Emmy in 1966 for one of his Christmas specials. He started entertaining troops in 1941 and entertained Marines, soldiers and sailors in the Pacific throughout theWWII.

In Vietnam, where the horrors of war were an everyday reality for volunteer troops and draftees, he was able to distract them – even if it was temporary. He travelled with beautiful women to ‘remind the troops what they’re fighting for.’

He was an American patriot that was crucial to lifting the morale of veterans. An extraordinary example of the impact an immigrant can have on the lives of those who keep our country free.

Families of GIs who died would send a letter to Dad writing that the last thing they heard from their loved one was they had seen the Hope show and what a fun time that was, how grateful they were Dad had given them that respite from the awful conditions.

It wasn’t all fun and games, when forward deployed, active duty troops see the worst side of humanity. Hope would go out of his way to accommodate troops who missed his show because they were out on a mission or on duty. He would do one man shows and arrived unannounced due to security concerns.

This year marks the 48th anniversary of his last show in Vietnam.

Bob Hope was also a humanitarian that advocated for the release of POWs held by the North Vietnamese. Troops would write to him to negotiate their release on their behalf and it’s alleged Hope would sometimes be successful in brokering an agreement.

At Fort Springfield on The Simpsons, Bob Hope played himself entertaining the troops by making fun of the mayor.

On Oct. 29, 1997, he became the first American designated by Congress as an ‘Honorary Veteran of the United States Armed Forces.’

Bob Hope’s career stretched almost 80 years and he lifted the spirits of troops across three generations of war fighters. He took an active role in entertaining our troops in Vietnam and did everything in his power to aid them. He was known for getting as close to the fighting as possible, in fact, in some of his recorded shows you can hear combat in the background. The airport in Burbank, California is named after Bob Hope and so are other roads, buildings — and even a Navy ship. Bob Hope was important to the war effort in Vietnam and gave the troops…hope.