What vets can learn from It’s a Wonderful Life 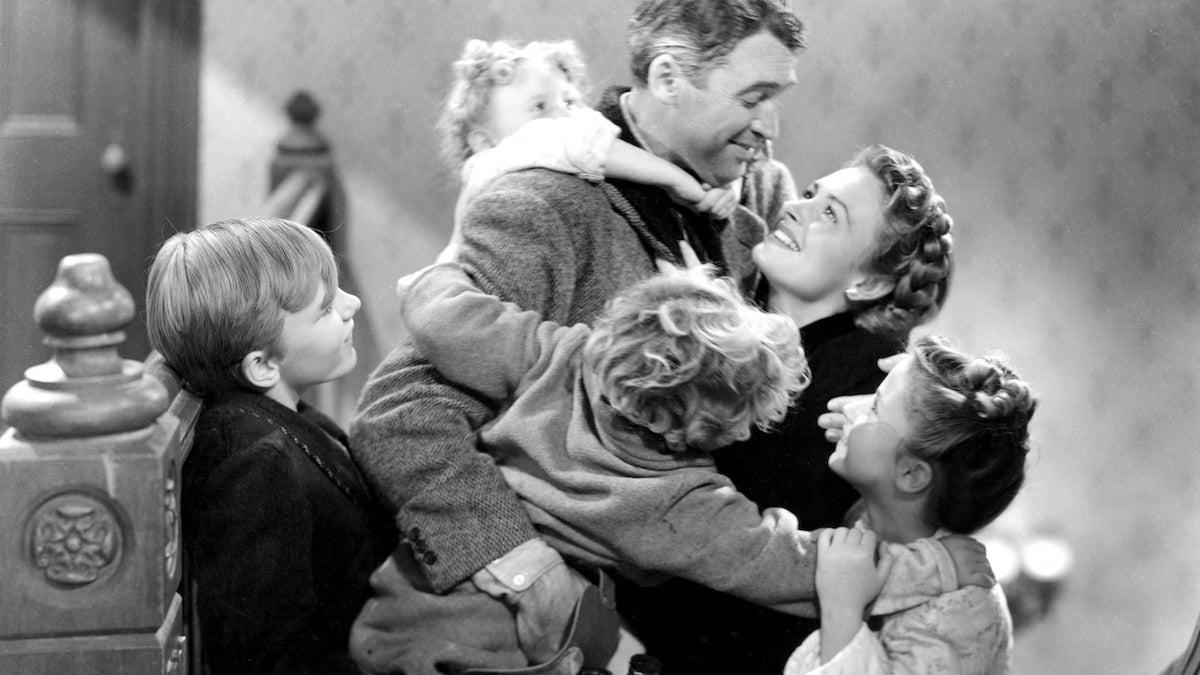 It’s a Wonderful Life turns 74 this year and watching it is a Christmas tradition in my home. The film hearkens to a bygone era where characters from the Greatest Generation grow up before our eyes. We feel their joy, sorrow and redemption on a personal level. It’s funny, sad and triumphant all at once. Having served three combat tours, this film now holds an important place in my heart. What it teaches today’s veterans makes it more than just a holiday film.

How many realize that the discouraged character of George Bailey is played by a real life war hero? In 1941, Jimmy Stewart received an Academy Award for Best Actor, but weeks later he enlisted in the Army Air Corps. With his significant civilian flying experience and degree, he was soon commissioned as a pilot, performing publicity and flight instruction duties. Stewart was not satisfied, and eventually fought his way into an assignment flying B-24 Liberator bombers, rising to Chief of Staff for the 2nd Combat Wing, 8th Air Force. On one of his 20 bombing missions over Nazi Europe his unit lost 13 planes and 130 men to enemy fighters and anti-aircraft guns. He was awarded the Distinguished Flying Cross. But the horrors he witnessed had made him “flak happy,” crushing him mentally. Reluctantly, Stewart was sent home to recover.

When he returned from the war he was haunted by what he had experienced in combat. Fearing that his Hollywood career might be over, he returned to California looking for work. Fresh young actors were taking roles that previously would have been Stewart’s for the picking. The stress of war made the 37 year old look more like he was 50, dashing his hopes of being a leading man again. Jimmy knew he had to do something. At first he wanted to do a comedy, as he felt there was enough sorrow in the world at the time. Eventually, director Frank Capra convinced him to play the lead role of George Bailey.

Filming the classic movie was arduous, with a visibly changed Stewart struggling tremendously with Post Traumatic Stress. It was obvious to the cast and crew that Stewart was drawing heavily from the anguish and fear he felt flying over Nazi Germany. That’s what makes his performance so meaningful. A near-suicidal George Bailey was really Jimmy Stewart trying desperately to come to grips with the nightmare of World War 2. Watch the film again and see the raw emotion on full display. As Stewart prays desperately at Martini’s bar for help from God, you see a man absolutely broken. Those on the set were understandably shocked at what was happening. Stewart was unleashing a torrent of emotion, baring his very soul for all to see. It’s as pure a performance as you’ll find in cinema. This was the role that likely saved the actor’s career and perhaps set him on the path to true recovery.

Stewart’s career was back on track. He had reclaimed his place as America’s leading man. Serving his country was in his blood though. He refused to allow his tough wartime experience to define him. Stewart pushed through his pain. In something never seen in today’s entertainment industry, Stewart even continued serving in the Air Force Reserve. He flew his last bombing mission in Vietnam and retired as a Brigadier General in 1968. He re-defined himself as an actor and never forgot the importance of selfless service. It was his willingness to embrace the tragedies in his life that transformed him, and it is an example for today’s veterans to follow.

I once saw a young patient dying in front of me as the medics removed him from my MEDEVAC helicopter. It seemed like he was staring through me. After that moment, I couldn’t speak to anyone for some time. It was like I was outside of my body, watching myself experience something over which I had no control. I thought I was weak. Eventually I talked it out with my buddy. Writing my book also helped me. Since then I have realized that I wasn’t weak. I didn’t have a “disorder.” I faced something abnormal and I wasn’t alone.

There’s an awful lot of George Baileys in this country. They answered the call. They sacrificed their own dreams for others. They defended the disheartened and led from the front. They and their families have given up so much but now they question if their sacrifices were all for nothing. Some are on that snowy bridge next to George Bailey right now, staring into that icy river, that permanent solution to a temporary problem.

If you’re struggling with PTS, stay the course. There’s absolutely nothing wrong with you. It’s the situation you were in that was wrong. What’s wrong isn’t how you dealt with life and death situations or how you handled the loss of friends. What you did and what you saw was not normal. You aren’t the problem. You are a hero for having survived the trauma.

Now is the time for you to confront it and then use the experience for good. The clouds will part — I promise you. You are not broken. Reach out to the friends who were there with you and talk. You might think that it’s just to help you, but I believe it might help them too; they just might have been too scared to reach out themselves.

So… be there this Christmas for an old friend. Call one old buddy this week and just talk.

“Remember, George: no man is a failure who has friends.” – Clarence