An indestructible beetle could inspire the next generation of military technology 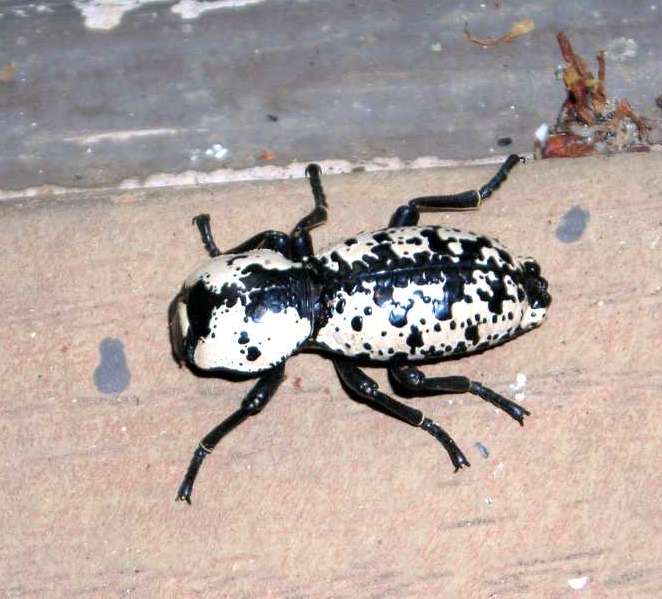 When ironclad warships were introduced by the Confederacy in the U.S. Civil War, they wreaked havoc on wooden Union warships. Even under heavy fire from an entire flotilla, shots bounced harmlessly off the sides of the armored ships.

This is how one California beetle earned its name. The Ironclad Beetle’s exoskeleton is one of the most indestructible structures ever found in nature and there’s not one bird beak, lizard tooth or Dodge Charger that can crush the five-millimeter insect.

The beetle can’t fly. It has no poison or stinking chemicals to deter predators. It’s not even that fast. But when under threat of attack, the beetle’s instinct is to play dead and depend on its heavy armor to keep it alive and unharmed.

The armor’s secret is its impact-resistant and crush resistant exoskeleton, created by “complex and graded interfaces… multiscale architectural designs… and toughening mechanisms.” In a recent article published in the scientific journal “Nature” researchers found “interdigitated sutures, the ellipsoidal geometry and laminated microstructure of which provide mechanical interlocking and toughening at critical strains, while avoiding catastrophic failure.”

All that is to say, this is one tough bug and nature designed it that way. It’s able to withstand 39,000 times its body weight before squashing. That would be like putting  7.8 million pounds of crush weight on a 200-pound human.

Researchers at Purdue University have already 3D printed structures using the Ironclad Beetle’s structural design, making fiber-reinforced materials that could be used in many different ways.

Aircraft have stress points in their structures, in areas where wings and other sections are traditionally riveted together. These stress points are prone to degrading over time. Using the beetle’s superstrong, armored structure could make aircraft stronger in these points by creating interlocking pieces that fasten together.

In fact, anything that is fastened together with steel or plastic could conceivably be strengthened using the beetle’s interlocking design. This includes bridges, vehicles and even human-sized body armor.

The study of the Ironclad Beetle was part of an Air Force-funded study that was designed to look for designs in nature that could help inform the development of more impact resistant designs.

If this sounds ridiculous, keep in mind there’s an entire field of study devoted to mimicking the animal kingdom (and other kingdoms) for the benefit of humanity, called biomimetics. It’s currently researching how the mantis shrimp can punch at 50mph with 1,500 newtons of force. Plant studies inspired the research that gave us velcro.

For an entomologist to put an insect pin through an Ironclad Beetle being researched or put on display requires a drill with a special bit. Now Imagine wearing the human equivalent of such body armor on your way into combat.

It’s not a waste of money when you’re the one who’s gonna wear the armor.