15 terrible military stock photos we can point and laugh at 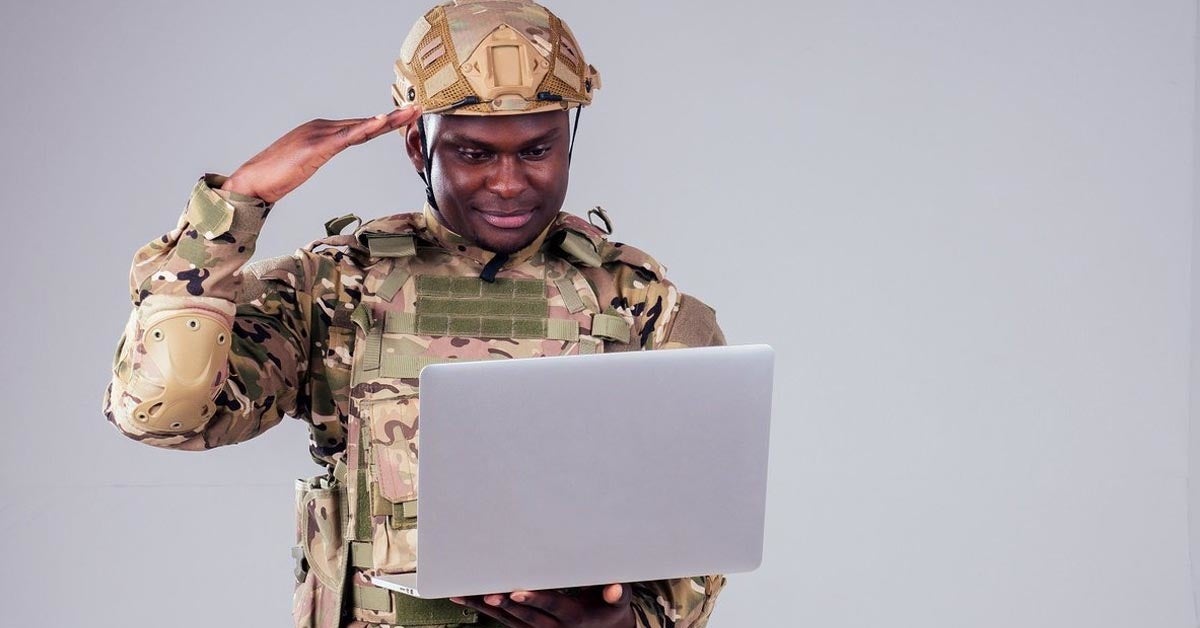 Because we wear helmets and body armor 24/7.

If there’s one thing that ruins anything targeted toward the military, it’s messing up the uniform. It may seem like a small detail to people who were never in the military, but that’s kinda the whole f*cking point – details. Everything starts with paying attention to details. This is how veterans know who served and who’s out there just getting a half-price dinner at Chili’s. So look, if you’re targeting the military-veteran community for anything, be it a new TV show or movie, a 3M lawsuit, or a reverse mortgage or whatever, we know immediately how much effort you’re putting into caring about actual veterans. Some of these military stock photos are so bad, they popped my collar.

Nothing says “AMERICA” like a death grip on the flag.

You can tell he’s really in the Army because he wears two Army tapes instead of his name. Promote ahead of peers.

Do not leave unsupervised.

That’s my reaction too.

Is that his family in the background or just some family? As for this poorly positioned hat, that is not what is meant by “cover.”

No hat, no salute zone, bruh.

You had two chances.

They had two different opportunities to use camo and they couldn’t come up with even one the U.S. actually uses.

… At my shirtless chest.

Lieutenant Congdon is clearly a Hulkamaniac.

Especially when ARMY is emblazoned across the front of it.

Maybe not use a 12-year-old model.

Clearly, the answer is no.

I never took off my uniform, either.

“Just hanging out in my ACUs in my living room with my family, as all military members do.”

Stealing valor for a lifetime.

Just use any medals, no one will notice.

That 50-year-old is wearing a 20-year-old winter uniform and i’m pretty sure Boris on the end there is sporting American, Soviet, and Russian medals.

Where would you even get BDUs with an arm sleeve pocket?? Mommy’s been lying for a long ass time.