Joining Forces relaunched by incoming First Lady - We Are The Mighty 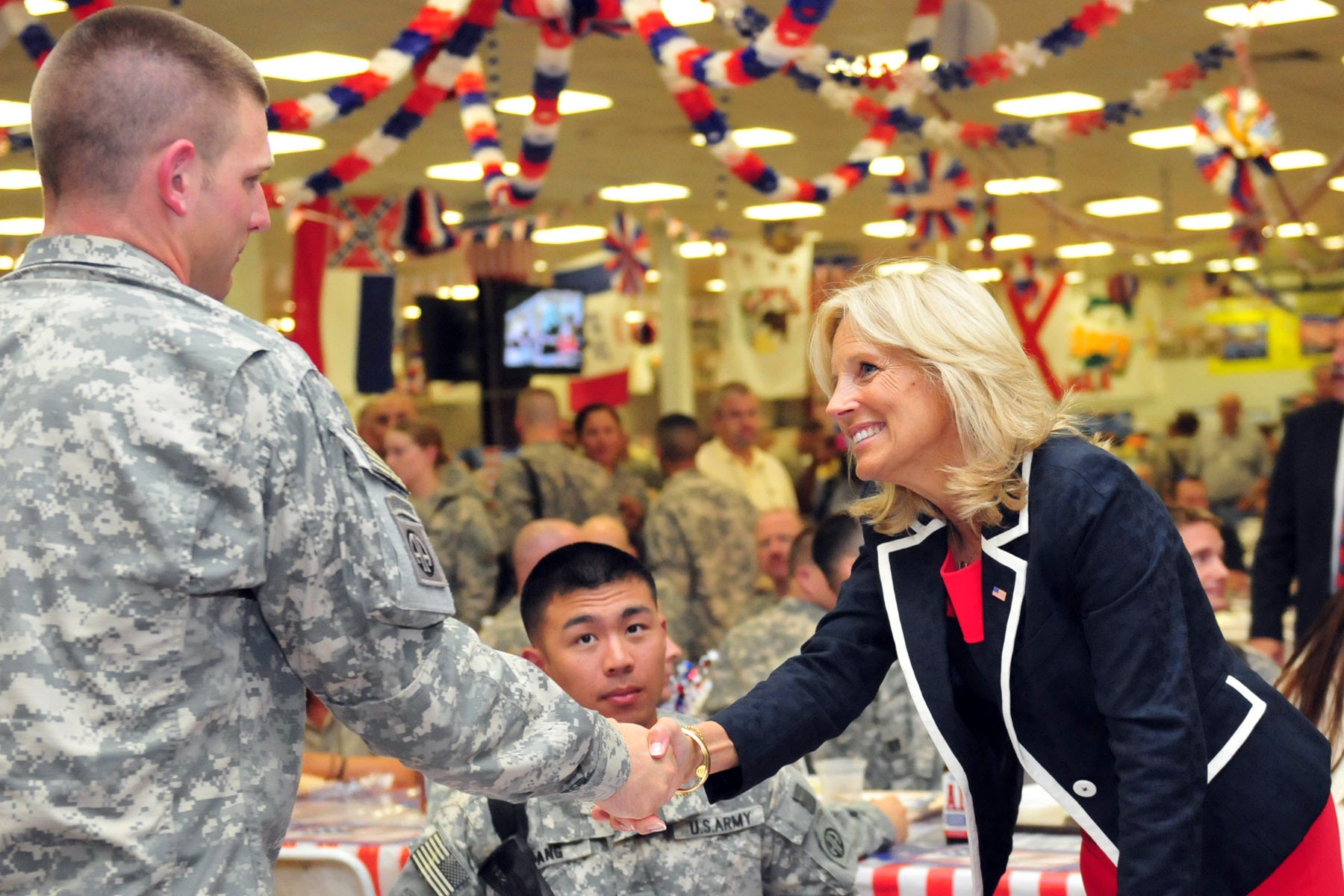 In 2011, First Lady Michelle Obama and Second Lady Dr. Jill Biden launched Joining Forces; an initiative to encourage public and private sectors to support the military community. The program dissolved under the previous administration but with Dr. Biden’s husband being sworn in as 46th president, the incoming first lady appeared eager to relaunch it.

Joining Forces called for a commitment of support in education, employment and wellness not just for the military member or veteran, but their families. At the original launch ceremony, President Obama called for “every segment of American society, not to simply say thank you but to mobilize, take action and make a real commitment to supporting our military families.” After six years, the initiative boasted new legislation in all 50 states and 1.25 million military community members hired.

Serving military families appears to be something close to the incoming First Lady’s heart. Her father was a Navy Signalman during World War II. Her late Step-Son Beau was an officer in the Army National Guard and deployed to Iraq while her husband was the Vice President. Despite leaving Washington, D.C. behind in 2017 – and watching Joining Forces end – Biden continued her work with military families through the Biden Foundation.

When Biden was elected president, many within the military community began to speculate when and if now-FLOTUS would bring back Joining Forces. “Joe and I have always believed that as a nation, we have many obligations. But we only have one truly sacred obligation — to properly prepare and equip our troops when we send them into harm’s way, and to care for them and their families both while deployed and when they return home, because your sacrifice deserves nothing less,” Dr. Biden stated, speaking to the Military Child Education Coalition’s virtual conference on November 17, 2021.

On a call with military family organizations, Thursday January 14, 2021, Dr. Biden announced that an Executive Director for Joining Forces had been chosen. It was a familiar face; former Deputy Director of Joining Forces, Rory Brosius. “I know the love and strength and resilience that makes this community so unique, and it’s such a joy to be a part of it and a privilege to really have the chance to serve it,” Biden said during the virtual announcement.

Brosius is a spouse to a Marine Corps veteran. “This is my community, and it’s one I care deeply for. The world has changed since Joining Forces started in 2011. And I know that we have work to do to make sure that we are as timely and as targeted as we need to be. I take my mandate and our bias for action very seriously,” Brosius said during the announcement.

Biden has stated in multiple interviews that there is more work to be done in order to adequately and effectively support military families. On the virtual call she stated that Joining Forces will “get to work on Day One.”

The soon-to-be first lady appeared excited on the virtual call, sharing that, “The weight and the beauty of this responsibility, of the trust the American people have given us, will never leave me and I’m grateful and excited and most of all ready to get to work with all of you.”