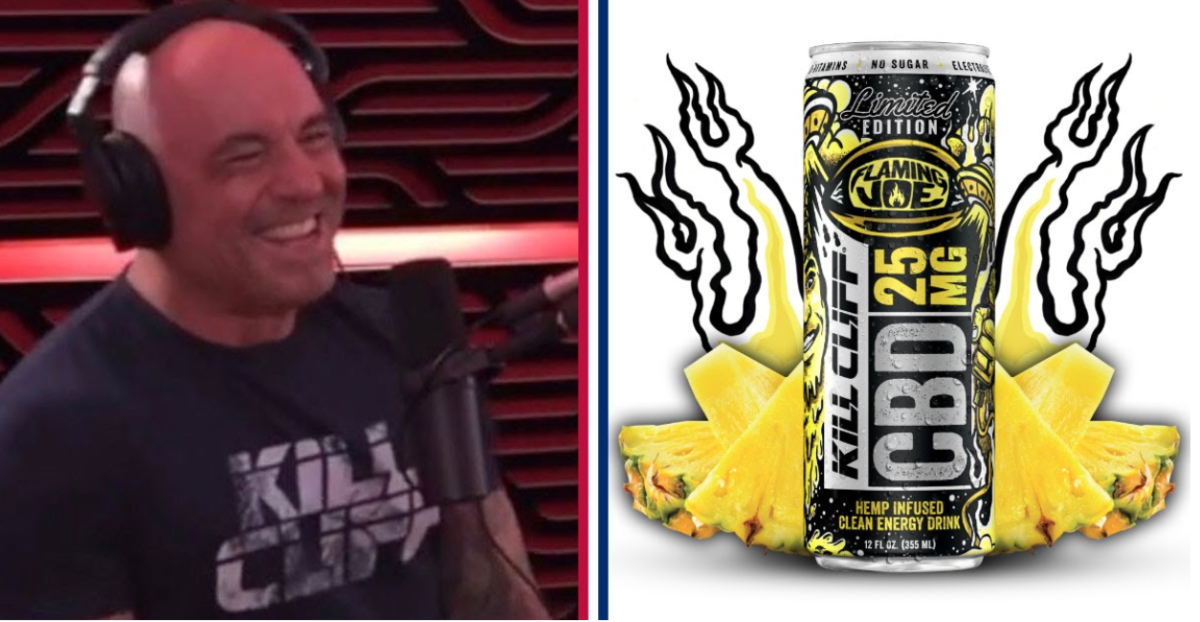 As a veteran with service-connected musculoskeletal injuries, let me start right off by saying I love Kill Cliff CBD beverages. For me personally, it reduces pain without any side effects like cognitive impairment or drowsiness. So you better believe I perked up when I heard Kill Cliff was expanding their CBD line.

Founded by a Navy SEAL with the spirit of giving back, Kill Cliff makes clean energy drinks with the intention of supporting the military community. The company’s team includes accomplished military veterans and it honors the dedication and sacrifice made by these warriors and their families by donating a portion of the proceeds through their official partnership with the Navy SEAL Foundation.

And now they’ve teamed up with Joe Rogan to create The Flaming Joe, a fiery pineapple fusion that contains B-vitamins, electrolytes, plant extracts, and 25mg of CBD derived from broad-spectrum hemp. As with all Kill Cliff drinks, there is no sugar or artificial ingredients.

CBD (cannabidiol) and THC (tetrahydrocannabinol) are cannabinoids found in both marijuana and hemp but they affect the human body in different ways. THC is the main psychoactive compound in marijuana, which gives people the feeling of “being high.”

CBD, especially hemp-derived CBD, doesn’t cause that “high” feeling — instead, it has medicinal properties that reportedly help reduce conditions like pain and anxiety.

Rogan, a popular podcaster, is a longtime advocate of CBD for mental and physical well-being. It is a regular topic on his podcast and a shared interest with a multitude of celebrity guests ranging from Mike Tyson and Miley Cyrus to military veterans like Andy Stumpf.

“It’s amazing how much good you can get out of a 24-kilogram kettlebell and a can of Kill Cliff CBD,” observed Rogan, who became an instant fan when he tasted one of the original CBD flavors. Much of Rogan’s brand involves sports and martial arts, so recovery beverages are a big part of his health regiment.

“People are more concerned than ever with what they put in their bodies. Kill Cliff is by far the best tasting and healthiest energy drink available, Brenkus said. “I’m honored to be part of the clean energy drink company that is literally disrupting the industry.”

If you are looking to drop alcohol from your lifestyle, CBD Cocktails are worth exploring. Check out some mocktails courtesy of the Kill Cliff Team:

The new Flaming Joe is available to order now at killcliffcbd.com. You’re warmly invited to crush your cravings with all the Kill Cliff CBD flavors including Flaming Joe, Strawberry Daze, Mango Tango (my personal favorite), The G.O.A.T, and Orange Kush. Check out Kill Cliff’s clean energy drinks at killcliff.com.