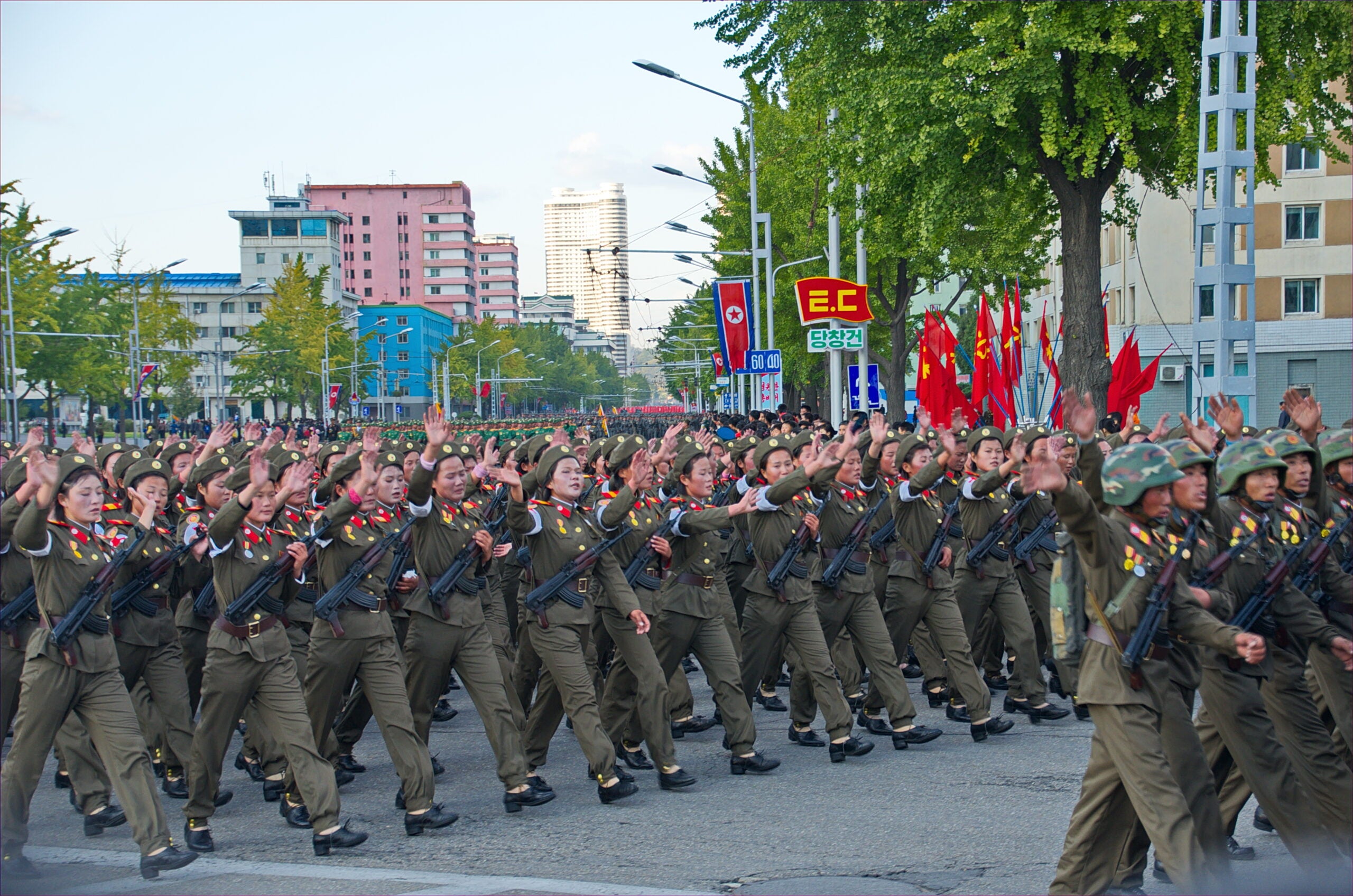 Plenty of care and thought must go into manufacturing a standard-issue rifle to field with the fourth-largest standing army in the world. To find success, you must be concerned with the ease of mass production, reliability in the field, mobility and ease of use, and the lethality it offers the troops.

With that in mind, there’s only one benefit to the Type 88-2 variant of the AK-74 used by the North Korean Army: It’s cheap.

The AK-74 is the go-to weapon among former Soviet states and Eastern European nations because it can be easily produced and performs well in the hands of troops. North Korea created the Type 88-2 entirely within their own country and made plenty of useless tweaks to a proven design.

The Type 88-2 is cheap and it makes sense that a warmongering nation stuck with tech from over 60 years ago needs to cut corners when creating new stuff. The collapsible buttstock on the Type 88-2 is designed to fold over the top of the upper receiver. Folding stocks are common among many smaller-caliber SMGs, but on a fully-automatic carbine, it’s kinda worthless in both positions.

The collapsible buttstock is said to be small enough that the iron sights aren’t obstructed when collapsed. That alone is a terrible idea for accurate use while going full-auto. It also means that if the stock is extended, it wouldn’t have any support to handle the weapon as it fires.

2. Reliability in the field

At first glance of the Type 88-2, the most obvious “WTF?” is the helical magazine that is said to hold 150 5.45x39mm rounds*. Keep in mind, the PP-19 Bizon also uses as high-capacity, helical magazine and isn’t without its minor flaws, but it holds 64 9mm rounds.

At a slightly lower rate of fire and with much larger rounds, the Type 88-2 is likely much more prone to jamming and feed failures. The magazine extends almost to the muzzle and is also attached to the under-barrel rail. Magazine swaps would be a pain in the ass as you connect a heavy magazine at two spots.

3. Mobility and ease of use

Balance is important to maintaining accurate fire. The weight distribution must be even throughout a weapon to maintain tight shot grouping. The helical magazine of the Type 88-2 and the overall weight of 5.45x39mm rounds* will cause the center of balance shifts back slightly after each round is fired. Fully-automatic rifles naturally kick up during sustained fire. Improper weight distribution will send the kick higher.

The size of the magazine also prohibits any sort of forward grip. The only way this weapon would accurately fire is if the troop was in the prone position and could rest the rifle on the ground.

Type 88-2s are unique to North Korea and not much is truly known about the weapon since it hasn’t left the Hermit Kingdom. Nearly everything known is a mix of speculation, reverse engineering from photographs, and knowledge of the standard AK-74.

That being said, everything about the design of the Type 88-2 just seems to have been done to cut every possible corner.

Writer’s Note: The article originally described the Type 88-2 as being chambered in 7.62mm when in reality it uses 5.45mm.