5 reasons bourbon is the most American drink of all time 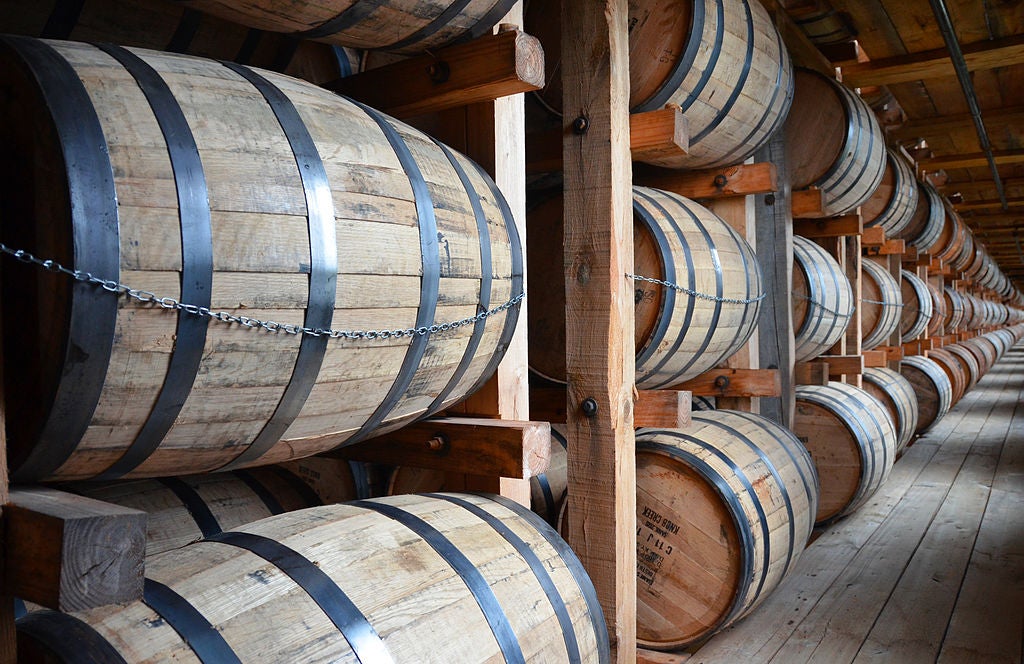 Bourbon is a liquor that has a place in your hand all-year round. Whether it’s sipping a mint julep on a hot summer’s day or spiking the egg nog (like George Washington might) to make Christmas with the family that much more fun (or bearable), there is just never a bad time for a bourbon beverage.

Despite being named for a house of French kings, there are myriad reasons why we should take a moment to take stock (literally and figuratively) of America’s distinctive, home-grown, and distilled liquor.

Bourbon’s all-American status goes well beyond the fact that it’s an American-born corn-fed whiskey created by a Baptist minister in Kentucky — although I can’t think of a more American birth for anything.

A 1964 act of Congress made bourbon the official spirit of the United States of America, or as they put it, “America’s Native Spirit.” Which says a lot, both about America and the U.S. Congress… and probably the people who voted for them.

It should be noted that many, many great bourbons are Kentucky-based but it isn’t necessary for a bourbon to be made in Kentucky for it to be considered a bourbon. This is not champagne we’re talking about. The necessary qualifications for a whiskey to be a bourbon are as follows:

There are real reasons why bourbon is a product that could only have been American-made. So, put that vodka-soda down, comrade, and get a bottle of Evan Williams for the coming July 4th holiday. Your friends and family will thank you.

Now if you want to drink bourbon like a sailor, try the classic Whiskey Smash!

1. Those oak barrels are only found in North America.

Bourbon must be aged in a new American White Oak barrel every time. These barrels are never reused by bourbon makers. I think they’re shipped off to Scotland so they can age scotch whisky in them with peat moss and haggis or whatever. No, America’s bourbon only uses them once — by law (no joke) — and they’re mostly found only in America.

When the U.S. Navy needs to patch up Old Ironsides, the USS Constitution, they use white oak from a grove specifically for the ship, called “Constitution Grove,” at a Naval timber reserve at Naval Weapons Support Center in Crane, Indiana.

2. Bourbon fueled the exploration of the United States.

Lewis and Clark didn’t take water with them on the expedition to map the Louisiana Purchase, but you can be damn sure they remembered to bring 120 gallons of bourbon to fuel their two-year trek to the Pacific Ocean.

When Grant’s critics appealed to Lincoln to try and have him fired for his drinking, Lincoln offered to send Grant’s preferred brand to all his other generals — and you can still buy Grant’s favorite bourbon today. President Truman began every day of his life, even as President, with a glass of the hard stuff.

Even Winston Churchill loved American bourbon, which can be partly explained by the fact that the British bulldog’s mother was American born.

An army still needs to eat, but how do you pay for the food that fuels that army — or, specifically, the U.S. Army? It was excising taxes on distilled spirits for the fledgling United States that bought the guns and grub that defeated the British and put down rebellions (including the rebellion against the taxes) in the country’s early years. Rum and whiskey can also take some claim for this, but it was bourbon that kept the country together in the war to come.

5. It was the glue that saved the Union.

When the border state of Kentucky remained in the Union, it allowed Abraham Lincoln to use taxes on distilled spirits to pay for much of the Union war effort. The Confederacy prohibited bourbon production because it wanted to use the corn to feed troops and the copper stills to make cannon.