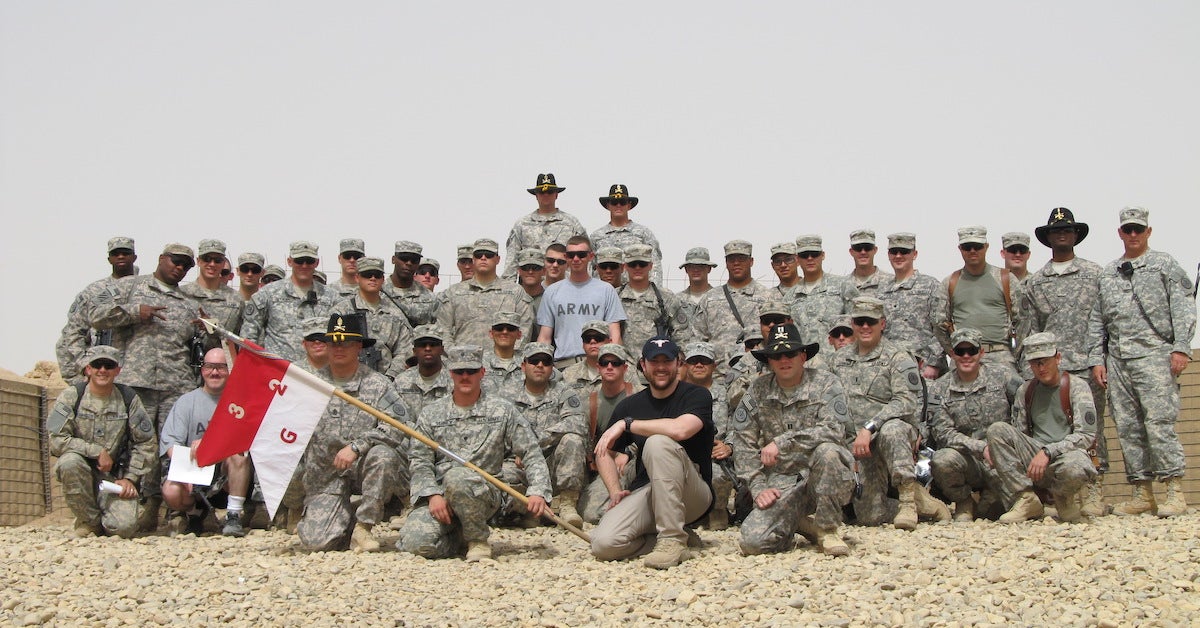 USAA is stepping forward to honor the nation’s nearly 18 million veterans with its #HonorThroughAction challenge. Country music star Chris Young, who has close ties to the military community, is joining forces with the organization for Veterans Day.

Young has had an impressive career in country music. But despite number one hits, world tours and numerous awards, he remains a humble man, deeply appreciative of America’s service members. Early in his career he spent a lot of time playing on military bases throughout the United States and had friends who were closely connected to the military growing up. But it hits home for him, too. His grandfather served in the Marine Corps during the Korean War and then later in Young’s music career, his sister joined and served as a Marine herself.

When USAA approached him to help lead and promote its campaign, he didn’t hesitate to say yes. The goal of the campaign is to flood the internet with images of people with the letter “V” on their hands and messages of gratitude for America’s veterans. Young shared that he felt it was a visible way to truly say thank you by overflowing social media with personal messages, reaching even more veterans. “It’s an awesome way to use social media as an outreach platform to really make it a huge day of thanks for their sacrifice and service,” he explained. “I normally have my name talked about much more than my sister and this is a way for me to use all of my platforms to say thank you to her, too.”

Young has spent considerable time overseas performing for the troops, something he said he truly enjoys. He’s gone to Iraq multiple times, Kuwait and even as far as Japan. Young also shared how he once had the opportunity to go to a Forward Operating Base on the border of Iran, which was impacting in more ways than one. “Their PX was a tractor trailer… It was a small FOB. I was playing acoustic with another guitar player because that’s really all we had room for, since it was a much smaller base,” Young explained. “Everybody was very thankful and I was like, ‘What’s going on?’ because it was over the top saying thank you. But then a service member told me I was the only non-military entertainment that had ever played for them. That just blew my mind.”

This experience was pivotal for Young, he said. Although he’s spent time playing at bases throughout the world and inviting service members to shows, playing for those service members in particular was different. It cemented for him that any opportunity he has to say thank you, he’s all in. “I am very honored that USAA wanted to partner with me to not only say thank you to the 18 military US military veterans but also do something like this where people can actually take part in it too,” he explained.

USAA’s third annual #HonorThroughAction challenge is really easy. Participants can simply draw a V on their hand – for veterans – and then add the initials of anyone in particular who has served that they want to highlight. Then simply snap a picture and share on social media along with the hashtag, #HonorThroughAction. It only takes a moment and is an actionable way to make your thank you more meaningful. The goal is to flood all social media platforms with these posts, reaching as many veterans as possible. “This might be the most important thing someone sees on their [social media] feed that they didn’t expect to,” Young explained. “I just really encourage anyone who sees my posts or reads this article to go do it.”

This Veterans Day, pause for a moment and truly breathe in the sacrifice of our country’s heroes. Let us use our collective power to ‘break’ the internet with images of gratitude for those who willingly raised their right hands to die for us. They are worth that and so much more.