5 countries before and after they fell to authoritarian rule 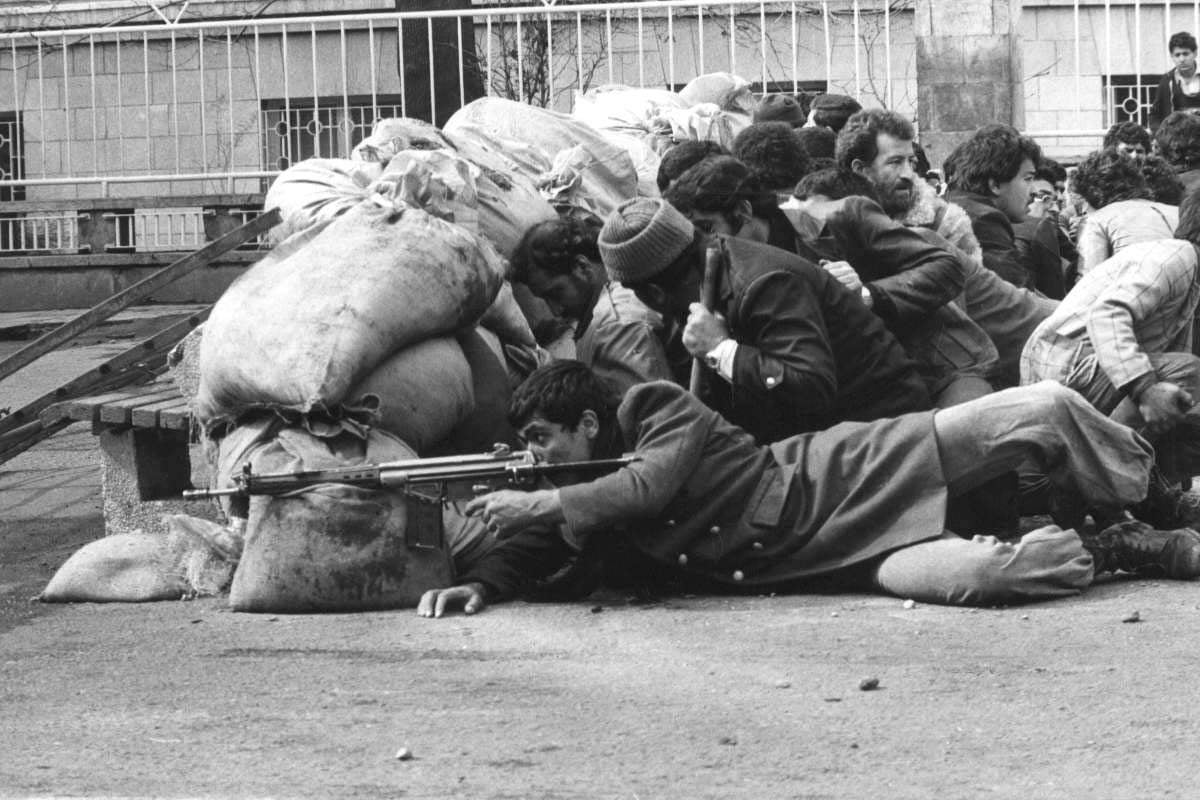 Regimes rise and fall. The Roman Empire lies in ruins and most of the former European colonies have regained their independence. Yet, each of these regimes leaves a long-lasting print on the land they rule. By shaping the laws, the economy and the livelihood of the inhabitants’ leaders control the culture. Some of these legacies are so beneficial that they endure through history. For example, the democracy of Ancient Greece is the foundation of many modern Western governments. Other leaderships shape their country for the worst, leaving nothing but poverty, instability and oppression behind. Those regimes, covert tyrannies or open dictatorships, are often lead by the incompetent or the uncaring. Those that rule with an iron fist and refuse to allow any opposition from threatening their position. When personal power is more important than the good of the people, the entire country pays the price.

When thinking of Iran, one pictures Sharia law, bearded men and women covered from head to toe. Yet, this image of the country is less than fifty years old. Unlike many dictatorships, Iran is not an underdeveloped country. The setback brought about by the Islamic Revolution has more to do with human rights than with the economy. The economy has not suffered much from the change of regime. On the other hand, the population and particularly the women and the LGBTQ+ community, have had to face immense difficulties. Before 1979, Iranian women enjoyed rights equal to those of the Western countries.

Women were an important part of the workforce. They had roles in politics and art, and even gained the right to vote in 1963. Most of these rights were reversed by the new theocratic government. Women who do not respect the oppressive Sharia law face fines, lashes, jail time or even death, depending on the gravity of the offence. Homosexuality is outlawed and punishable by death. Political repression is severe and the use of torture or imprisonment without trial is common against dissidents. No music, film, book or cultural support can be created and distributed without official permission. Freedoms of speech and press are non-existent. The development of a country is not only measured by the economy, and although Iran’s GDP is growing, it’s defined by its systematic violation of basic human rights.

What better example of the consequences of tyranny than comparing the development of two neighboring countries with a common history and culture but who are now ruled by very different regimes. Korea was split in two at the end of WWII in 1945. Kim Il Sung came into power in North Korea in 1948. His failed attempt at reuniting the two countries in 1950 resulted in a bloody war that left both Koreas devastated. Although at the beginning of his rule, North Korea was able to expand its economy, to the extend that economist Joan Robinson called it a “miracle,” that trend stopped in the 1970s. Kim Il Sung consolidated his power and instituted a cult of his person, turning himself into a god-like figure.

His seat and status were passed down to his son, Kim Jong Il, and his grandson, Kim Jong Un, current president of North Korea. Their successive authoritarian rule has led to possibly the worst human rights track record in the world. According to the UN “The gravity, scale and nature of these violations reveal a state that does not have any parallel in the contemporary world.” Compared to the technologically and humanely advanced South Korea, North Korea has an obsolete and decrepit infrastructure. Its people face chronic power outages, shortages of food and basic necessities, and a total absence of the most basic freedoms. There, to disagree is to condemn three generations of one’s own family to hard labor or death. The reunification of the two Koreas, two parts of the same original country, still seems a very long way down the road.

The legacy of Omar Al-Bashir, former leader of Sudan, is a bloody ethnic cleansing in Darfur and a country broken in half. Al-Bashir orchestrated a coup in 1989, only four years after the previous dictator, Gaafar Nimeiry, was ousted from power. If Nimeiry had caused the economic ruin of the country through indiscriminate borrowing, he brought about ten years of peace and stability – before encouraging conflict between Christians in the south and Muslims in the north by attempting to impose the Sharia law. On the other hand, Al-Bashir was able to somewhat stimulate growth in the country, but his brutal regime was marked by gruesome conflicts. The war in Darfur, which started in 2003, is an armed conflict between ethnicities that is regarded as attempted genocide.

It led to a major humanitarian crisis, as civilian populations were the primary targets of attacks from either side. Al-Bashir’s government was accused of financing some of the rebel groups. South Sudan took its independence in 2011 to break away from Al-Bashir’s rule but remained in a state of unrest due to its violent past. Since the end of Al-Bashir’s tyranny in 2019, the new government has abolished the Sharia law and is working towards democracy. However, the inflation that started in 2012 has seriously damaged the economy and the conflict in Darfur hasn’t stopped. Sudan still has a long way to go to find peace again.

One of the most recent examples of a country’s fall to dictatorship is Venezuela. Until a few years ago, it was the richest country in South America. Its economy has now completely collapsed and the current president Nicolas Maduro has become an autocrat. Amidst the worst economical crisis the country has ever known, Maduro leads a reign of terror on journalists, protestors, and his opponents. In 2017, at least 46 protestors were killed by the government security forces.

Meanwhile, the people are dying from starvation and a sharp increase in malaria cases. The inflation has gone up over 1,300,000% since Maduro’s election in 2012, while the GDP growth in 2018 was -16%. It hasn’t been positive since 2012. The people of Venezuela now have no money, no jobs, no medicine, no food — and no freedom. It is difficult to see a way out. The country’s leader is more concerned about staying in power than he is about his citizens’ wellbeing.

Zimbabwe was once called the “breadbasket of Africa.” It was the second-largest economy on the African continent after Egypt. When Robert Mugabe came to power in 1980, its agricultural products were widely exported, feeding people all over Africa. Unfortunately, the reign of Mugabe has led the country to economical ruin. It is estimated that $1 billion out of its $13 billion annual GDP is lost to the corruption of Mugabe’s government. Although the country boasts one of the best educational systems in Africa, the graduates have no place to go as the unemployment rate reaches 80%, the highest in Africa.

Hyperinflation is so severe that local currency is worthless and has been replaced by U.S. dollars or South African rands. Mugabe has encouraged the expulsion and the murders of white farmers, leaving large areas of arable lands unexploited or in the care of incompetent hands. This lead to massive shortages in food and other commodities. The only reason Mugabe has been able to stay in power until November 2017 is because of the brutality of his regime. Through corruption, intimidation and violence, he has won election after election, all the while stealing the country’s resources and leading the once fertile country of Zimbabwe to ruin.