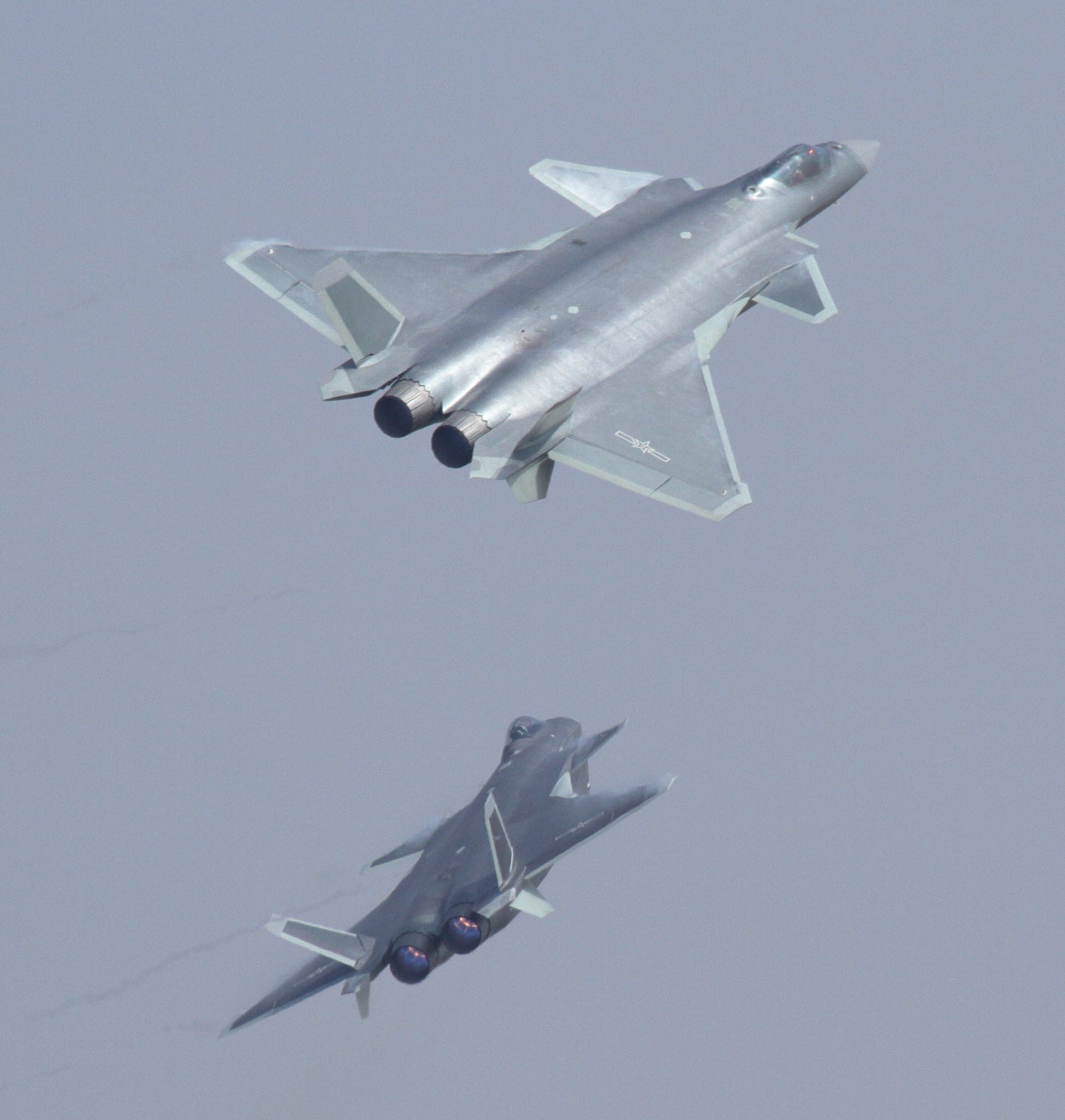 While the United States was busy destroying terrorist networks and making the world a generally safer place, rivals like China and Russia were making new kinds of weapons. They needed an edge against the U.S. military’s dominance and some of them found one.

Being forced into the job of the world’s policeman is nothing new, but it’s pretty messed up for our rivals to plan ways to kill us while we’re keeping the peace out here. So now that the Global War on Terror is taking a backseat to these backstabbers, America’s military has some catching up to do.

Here are five weapons we need to counter before getting into a war with an old foe.

The Chinese communists’ Rocket Force has developed a road-mobile missile platform designed just to rain death on America’s massive aircraft carriers. The DF-21D has a range of 780 nautical miles and fires an anti-ship projectile like an ICBM in two stages–first into orbit, then down on the carriers at five times the speed of sound.

There are rumors that the missile has trouble with accuracy during land-based target testing, but intelligence on the weapon is limited. What we do know is if the DF-21D is capable of sinking a ship like the USS Gerald Ford, 6,000 sailors could be at the bottom of the Pacific in the blink of an eye.

Vladimir Putin and his Russian cronies are looking to add this hypersonic missile to take down U.S. Navy submarines and other ocean-going vessels. The Russians boast that during testing, the Zircon was able to strike targets at 10 times the speed of sound.

With just one aircraft carrier, the Russian Navy doesn’t have the ability to counter American air or sea power, so the Zircon missile would be an effective means of leveling the playing field without having to worry about a ship’s missile defense.

Small attack craft disrupting American Navy operations anywhere may seem like a goofy idea to some, but that is how Iran will likely fend off an American amphibious invasion or other kind of seaborne operation. Iran can’t build aircraft carriers or battleships, but it can swarm U.S. vessels with anti-ship missile firing fast boats.

If this doesn’t seem like a plausible weapon, consider that these boats are how retired Gen. Paul Van Riper beat the U.S. Navy in the Millennium Challenge exercise. It’s also how Venezuela intends to repel American incursions.

The J-20 is China’s fifth generation fighter aircraft, and only the third fifth generation fighter produced anywhere in the world. The other two are the American F-22 Raptor and F-35 Lightning II, and if the F-35 is a feared flying machine, the J-20 should be, too. The J-20’s armaments and stealth capabilities are said to come from the F-35 program via Chinese hackers.

Although it didn’t have an official name when Vladimir Putin announced its existence in 2018, the weapon is basically a nuclear-tipped long-range torpedo. These underwater submersibles are a hundred times smaller than a submarine and would be harder to detect when moving into unfriendly waters.

Once inside the defenses, the drone can detonate a dirty bomb-style warhead, throwing contaminated waste into the area, causing lasting damage after the initial explosion. Add on to that the fact that it can run deeper and faster than other submarines, making it nearly impossible to intercept.