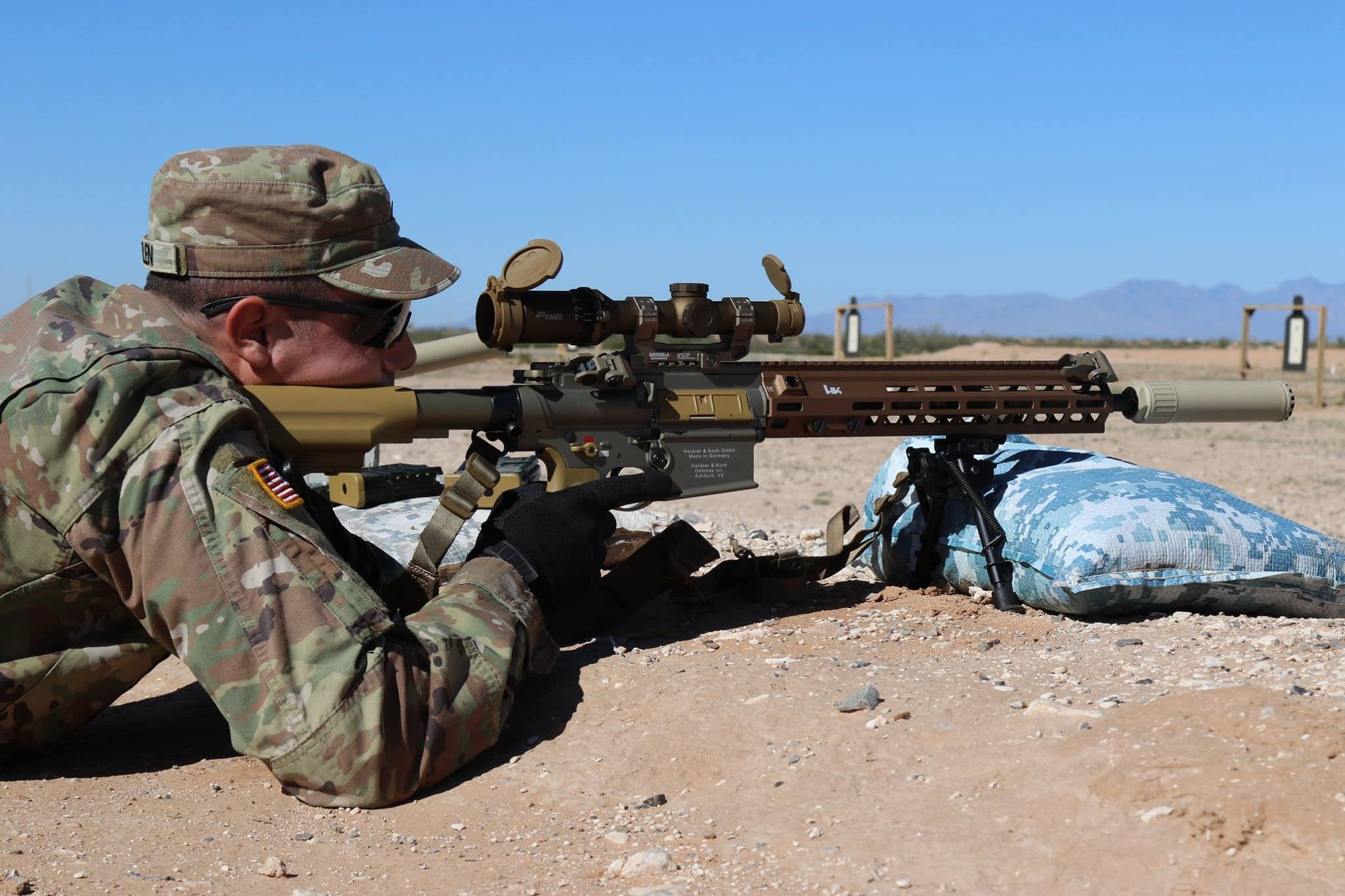 For nearly two decades, the Picatinny/NATO Accessory Rail Interface System handguards have adorned U.S. military rifles. These rails allow troops to attach accessories like lights, lasers, and grips to the fore-end of their weapon. However, although the omnipresent rails allow the end user to easily configure their accessories to suit their needs, the fully railed handguard is a large block of metal at the front of a weapon. Any unused rail estate is simply dead weight. The solution is new modular rail systems like the KeyMod and M-Lok weapon accessory attachment systems. These systems allow the end user to attach rail segments to their handguard as needed or attach accessories directly to the slick handguard. Since their introduction, the KeyMod vs. M-Lok war has been waged in gun stores, armories, and internet forums. However, like the HD DVD vs. Blu-ray war, there can only be one winner.

Although a resilient handguard is not entirely necessary for the mounting of grips and lights, it is vital for mounting lasers aiming devices. Under night vision, it can be difficult for a rifleman to aim through their optic. An infrared laser mounted to the handguard allows the end user to shoot accurately without needing a proper sight picture, especially in close quarters. However, this method of aiming only works if the laser is properly zeroed. Because bullets are affected by gravity, unlike lasers, shooters must know where there rounds will fall relative to their laser based on the distance they are shooting. If the handguard bends or the laser is knocked and shifts even a few millimeters, a 200 meter shot could be completely off. Clip-on thermal scopes mounted to the top of the handguard also need to be mounted without risk of shifting. A good rail attachment system has to not only be secure, but strong.

During NSWC Crane’s testing, all handguards passed the full-auto fire endurance and rough handling testing. However, the repeatability, drop test, and failure load tests yielded distinct performance differences. Repeatability testing showed that “M-LOKTM allowed for the repeated installation of the same accessory rail in the same location on a handguard with an average point of aim (POA) shift of 1.3 MOA (minute of angle), as low as one quarter the average POA shift observed by other modular rail systems.” Drop testing showed that “M-LOKTM systems maintain securement of accessories to the handguard and sustain less damage from impact forces than some other modular rail systems.” Finally, failure load testing showed that “M-LOKTM systems support the highest load of all modular rail systems tested.” The study went on to note that the test equipment mounted to the M-Lok rails “repeatedly failed prior to failure of the M-LOKTM attachment system.” Overall, the failure load of M-Lok was over three times that of KeyMod.

Released in 2017, the results of the study were a clear win for M-Lok. As a result, NSWC Crane recommended the M-Lok rail system over any other to USSOCOM. In turn, USSOCOM incorporated M-Lok handguards into new acquisitions like the Upper Receiver Group – Improved, Suppressed Upper Receiver Group, and the Advanced Sniper Rifle. The study has also influenced the civilian market which has seen a marked increase in the popularity of M-Lok handguards and accessories over KeyMod. As with most Special Forces acquisitions, the M-Lok system is likely to trickle down to regular troops too.