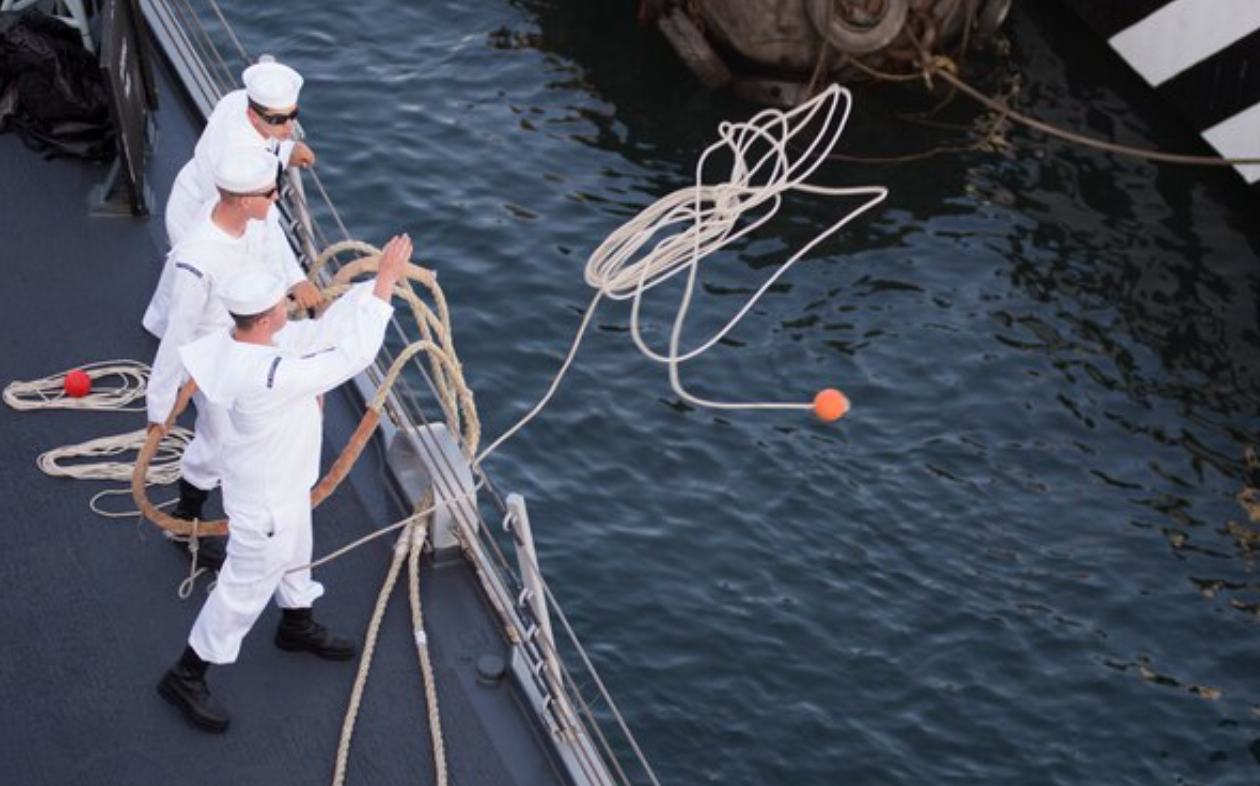 Liberty call is a roller coaster of emotions. There are times when you can almost feel it in the air that something is going to go down over the weekend. There are tell-tale signs more obvious that others. When you see the stars align and the following events happen, keep your phone on. You’re going to need it, sir or ma’am.

Across the board in every branch there are ranks earned through time in grade. All a troop has to do is keep their nose clean at the entry-level position over a certain amount of time to rate the next rank. Is it easier said than done? Sort of. Don’t break the law and you’ll be fine. However, since majority of troops are those who exhibit good character, they will be promoted in waves. It’s not intentional– it mainly has to do with when they went to boot camp and their MOS school that will affect when a unit receives new pups.

The seasoned captain knows to place extra NCOs on duty in his company to prevent the opportunity for hazing. The difference between hazing and tradition is humiliation. The military has made great leaps to prevent and discourage hazing. Now-a-days kicking down a troop’s door and making them chug six beers at three in the morning is hazing. Back in my day it was free beer. Take that, stupid seniors. Don’t do it now though, you’ll go to real a** pounding jail.

2. Deployment is around the corner

You know that meme with the dog who doesn’t bite but will hurt you in other ways? Like saying that Kuwait isn’t a real deployment (*because it isn’t). Exactly, whether a deployment meets the infantry’s certified bad a** criteria or not, a unit is going to do what a unit is going to do. They’re going to party. That means a commander has to check the blotter. For the uninitiated, a police blotter is a public record of arrests made the prior evening. Your command will find out if you screwed up.

The brass would rather you went down for selling state secrets to the former Soviet Union than a D.U.I. – don’t do that either! In all seriousness though, officers better give one hell of an entertaining safety brief that communicates ‘don’t F this up for all of us’. I hope you took a course in stand up comedy in college, sir (or ma’am) because a good safety brief does deter stupid sh*t.

Officers, don’t put your reputation on the chopping block for a troop who came back hot during the unit drug test. Everyone is Rambo when they come back. Do not let your personal bias get in the way of protecting the rest of your troops. The odds that there was a mistake at the lab after post-deployment leave block are slim to none. Someone is going to pop.

Apes. Together. Strong. Apes on leave throw poop at everyone.

Yes, it’s your leave block too. However, an officer’s rank is on their shoulders to symbolize the burden of leadership. A phone call once every few days on a long leave block does make a difference. If an incident is going to happen you can at least get ahead of it and prevent it by staying informed. The Navy hits port after being months at sea. A Marine Expeditionary Unit is how the Marine Corps and the Navy can liberate any country in the world at a moment’s notice. Every ocean on the planet has a fleet of angry, bored Marines and sailors. Yet every valve needs a pressure release, or it will explode. When they hit port, R&R needs to be steady and controlled or sh*t will hit the fan. The command needs to make sure that there are plenty of tourist options available.

When we stopped in Dubai, I went skiing indoors at the U.A.E. mall and had chai at the Burj al Arab. We were so caught up in tourist stuff that no one got in trouble. Ports with no activities except alcohol were the most problematic, so, officers should expect the bare minimum if they plan the bare minimum. Honestly, there shouldn’t be any excuse for not incorporating morale because officers have better opportunities to access the internet on a Navy ship than enlisted. Put the social media down for one day and Google some fun stuff.

3. A holiday leave block longer than a 96

The risk is higher but that doesn’t always mean something will happen. Months like December are a minefield, so, calling your troops to at least check up on them is a worthwhile investment. You don’t want to do it. They don’t want to do it either. It’s reminder that, before they do some Wolf of Wall Street shenanigans, that they still have a career to get back to.

Those E1s that got promoted to E2s are now ready to climb to E3s. The difference this time around is that they’ve ‘gotten with the program’ and won’t snitch if they’re getting hazed. It could be something as small as a light tap on their chevrons or full blown meritorious a** beating. In a good unit, it shouldn’t get out of hand, but officers know what they have. Even if your platoon doesn’t break the rules, if you got a bunch of rowdy, recently promoted war fighters, you’re in a rough ride.

5. The lance corporals are getting out

Terminal lances are out of f**ks to give. They’re a wild card even if they are getting out. They may be bitter from their four years of service and will disregard the rules. But even the lance corporals like to have a good time – find fun things to do in every port, or have them voluntold for plenty of admin.