Myths Marines believe about themselves - We Are The Mighty

5 myths Marines believe about themselves 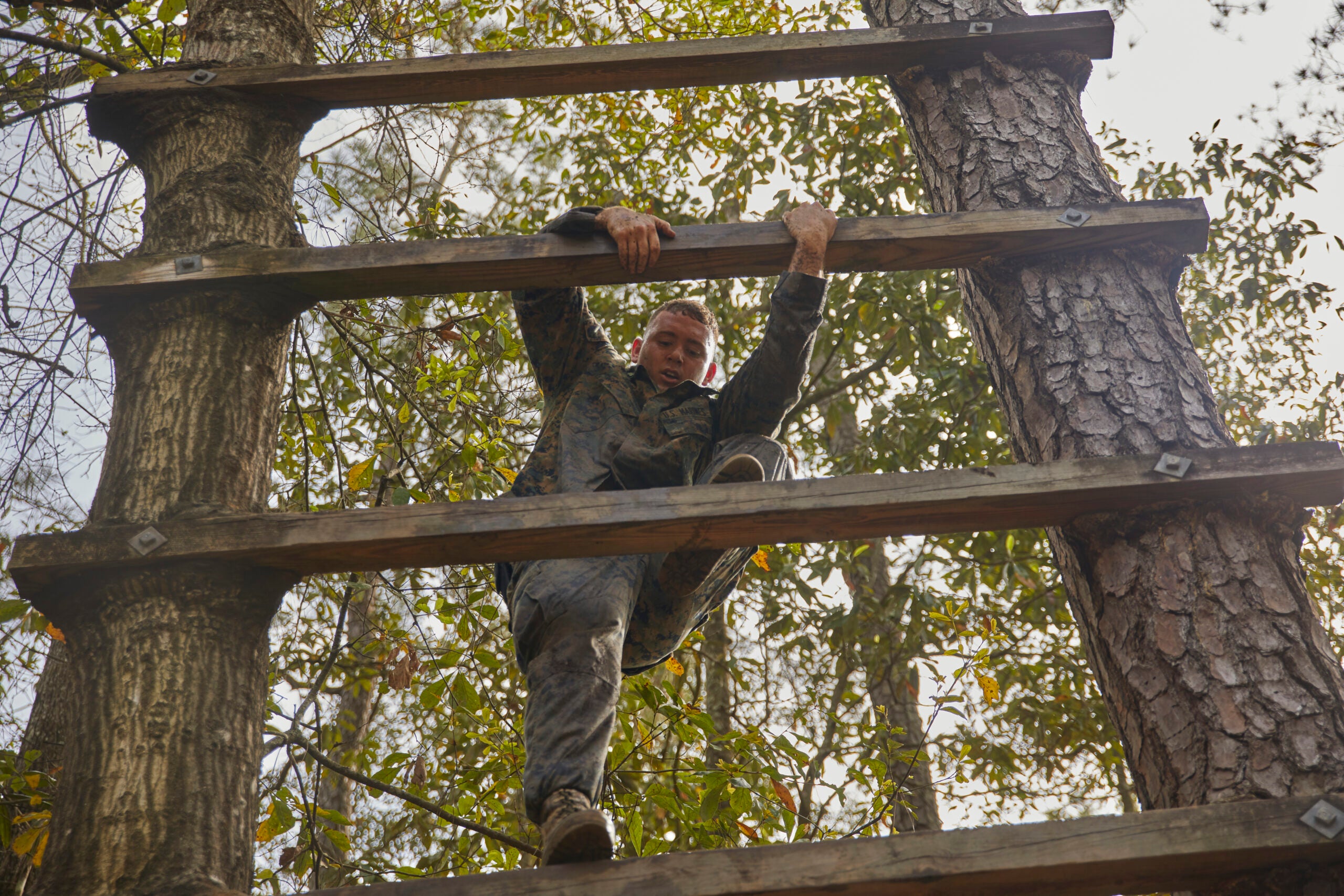 The Marine Corps takes great pride that each member has earned the title of Marine. They insist the very word Marine is capitalized. Many people only wish they held the title. Even those Marines who do not serve in a ground combat arms MOS (a POG, Person Other than Grunt) are extremely proud of the title Marine. One of the mantras is, “Once a Marine, Always a Marine.” If you’ve ever met them you know the change is forever. One thing you may not know is what Marines think about themselves.

Here are 5 myths Marines believe about themselves:

Air Force women are enamored with them.

This idea is planted firmly in the minds of most male high school students emerging from adolescence by the Marine recruiter. One of the Corps’ selling points is how sharp the dress blues look. A direct linkage is then made between that uniform, the one who wears it and some magical amorous effect it induces. Most young men are generally quite interested in young ladies and any attribute they can gain which will make them more attractive is desirable. A general assumption is made that the Air Force has more women in their ranks and that Marines (being the few and the proud) are something of an exotic novelty. This belief is full of youthful and romantic notions occasioned with some semi-truthful sea stories. On more than one occasion this “fact” has been the deciding factor in a young man’s decision to pursue the Marine Corps over a sister service.

A Marine cannot lose a fight.

Marines believe they cannot lose a fight. This is not something that only applies to the battlefield. Individual Marines think they can win against any opponent in a fist fight. The one caveat being when faced off with a fellow Marine. Ask any sailor in a liberty port and they will affirm this belief. A skinny 19-year-old Lance Corporal weighing 135 pounds will bow up on a 250 pound sailor after a few beers and call the “squid” out. The salty sailor will deescalate the situation by buying the young “devil dog” a beer and introduce humor into the situation which he finds quite non-threatening. Later the Marine will trash talk and say the sailor was too scared to fight. Other times the sailor simply knocks the Marine out and ends the fight quickly. You’ve never heard of that happening? Of course not, we keep those incidents under tight wraps. When word does get out we classify the encounter as a sucker punch not a real fight thereby maintaining the assertion that we can never lose a fight.

The other branches only mock Marines because they are jealous.

Marines will brag about anything and everything, while simultaneously disparaging the other services. You can operate a nuclear submarine? Big deal, our boot camp is longer. You can operate a drone from the other side of the world, delivering precision munitions to eliminate a threat to national security? So what! We have to run three miles for our fitness test. You only wish you had sleeves rolled like this, psh! The entire dogma is summed up in three statements: we are tougher, we are better, you suck. It’s not our fault though. If you read the fine print on crayons it says this is a side effect.

Their unit has it worse than any other outfit.

It doesn’t matter if the Marine is a grunt, an administrator or an aircraft mechanic. It doesn’t matter if they are stationed on the beautiful island of Hawaii, sunny San Diego or in Europe. Marines will complain adamantly that their unit is the worst command in the Marine Corps. There’s an ingrained belief that everyone else has it better than them. Lejeune Marines say “At least there’s no mosquitoes in Twentynine Palms”. Marines who yearn for travel and adventure get stationed in Okinawa. They travel all throughout the Pacific and complain that they can’t go on a road trip or get some good Mexican food. Those are all just complaints about the duty station. Their gripes compound when they are directed at leadership at their particular unit. “Sergeant Major enforces good order, discipline and sometimes yelling.” Or “The CO has us working late to accomplish the mission when we could be on liberty.” Again, an unfounded assumption that the rest of the Marine Corps is skating by.

They are still as strong, tough, and fast as when they were in their prime.

This particular myth is clung to by each generation of aging Marines. Gunnery Sergeant is usually the last rank at which an individual is still as strong, tough or fast as he was in his youth. The Gunny’s legendary status is immortalized as his display of “old man strength” is shown to the young bucks. Even after the aches, pains, creaks and groans accompany the climb to E-8, E-9 and then retirement; the Marine after decades of stellar performance still believes he’s got it. It is manifested when he shows up for an event like a “mud run” wearing an old unit t-shirt . He completes the run. The obstacles take much more effort than they remember, and it takes four days to recover. His body’s immune to even the highest dose of Motrin (the Corpsman’s panacea) so recuperation is a challenge. On November 10 every year they celebrate the birthday of our beloved Corps with “adult beverages” only to find out they also cannot drink like they did in their 20’s. Alas, though each passing year “greybeards” attempt to pass these lessons on to the cadre of recently retired Marines, the stubborn Jarheads must learn for themselves. This myth is the strongest.

These five myths Marines believe about themselves should be considered classified but the 1967 Freedom of information Act requires they be released to the public. Nonetheless, Marines will continue to believe all of them for generations. As the great General John A. Lejeune said “Such as regiments hand down forever.”