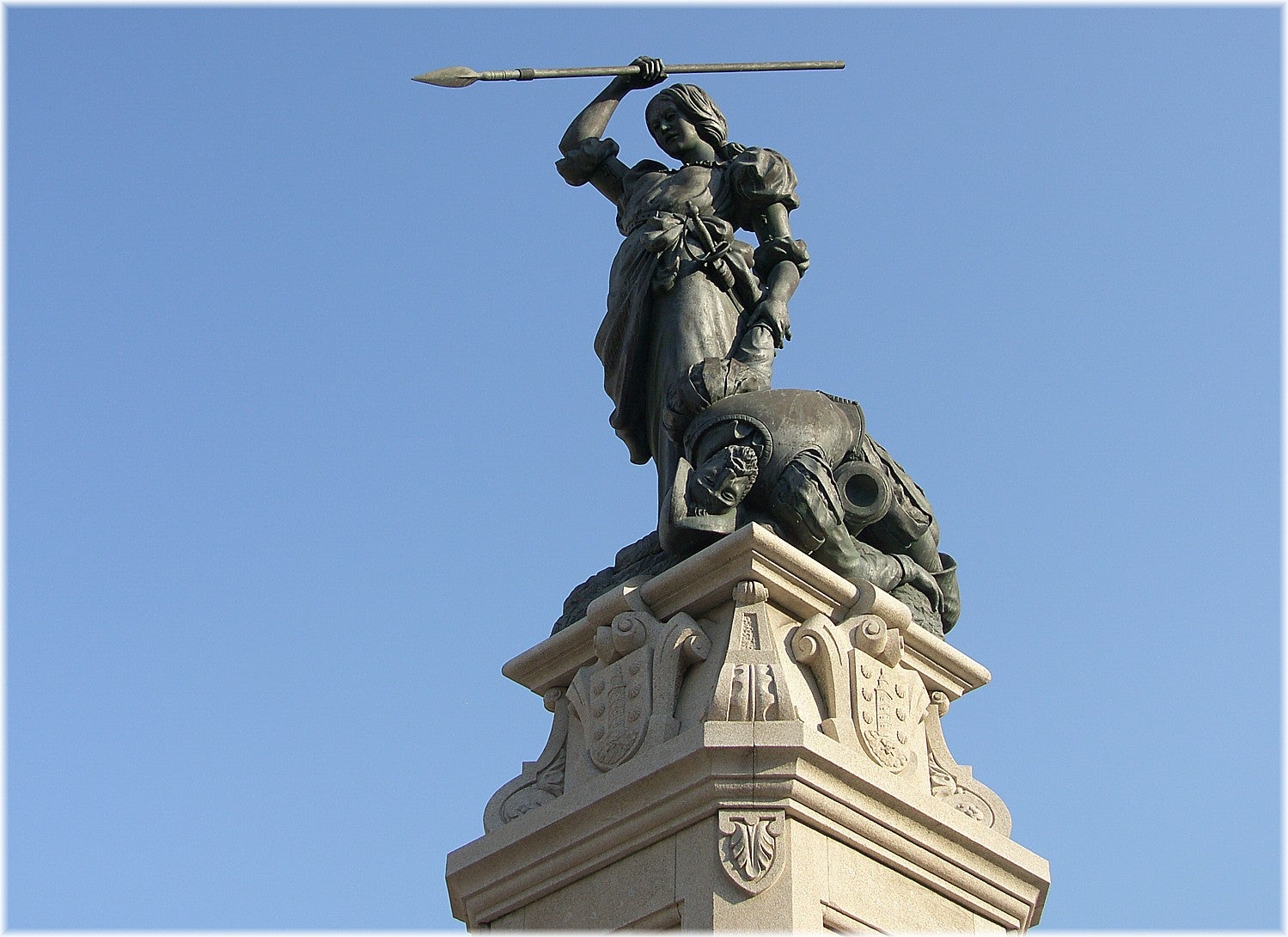 Most people know of Spain’s disastrous effort to invade England with a massive fleet of ships that quickly ended up at the bottom of the English Channel, but that’s not where the rivalry between Spain and England ended. The defeat of the Spanish Armada in 1588 happened very early on in a series of wars between the two kingdoms.

The Anglo-Spanish War (as it’s known today) first broke out in 1585 as an effort to resist the rule of the Habsburg family in the Netherlands, which was controlled by Spain.

European history at this time was mostly filled with kings and royal families jockeying for power here and there, but during the early years of the conflict between Spain and England, it would be a commoner woman who would set the tone for a while.

In 1589, England launched an armada of its own against Spain in retaliation for Spain’s armada fiasco. The English Armada was an expedition led by Sir Francis Drake to burn the Spanish Navy while it was undergoing repairs in Santander in Spain. England’s plan was to burn the warships, capture Spanish treasure fleets from the New World, and wrest Portugal from Spanish domination.

That did not happen for a number of reasons. First and foremost, the English Armada never got the chance to torch Santander because bad weather forced the fleet to bypass Santander completely. Instead, they landed their troops at a town called Coruna.

Coruna was not much of a city. It was populated mostly by fishermen, but legend had it that it had a lighthouse made of gold, which was probably the real reason Drake bypassed Santander. He wanted that golden tower.

The English Armada was much bigger than the Spanish Armada and carried more than 23,000 men. Drake’s massive force overwhelmed the measly defenses of the lower town and a relief force that arrived shortly after. Expecting the attack on Santander, the bulk of the Spanish Army was there and Coruna seemed an unlikely target. Its defenses were a handful of ships, a militia force led by the governor and a civilian named Maria Pita.

The Spanish defenders abandoned the lower town and retreated to the old, “upper” city. A massive fight between English artillery and Spanish ships resulted in losses on both sides. That night English soldiers looted the areas of the city under their control and murdered civilians. The next day, they prepared to assault the upper part of Coruna.

After numerous assaults and mines under the old city walls, cracks in the defensive fortifications began to form. The English poured in through the cracks, led by an English commander, believed to be Sir Francis Drake’s brother. Then the women of Coruna arrived on the scene, carrying pikes. They had not forgotten what the English did in the lower city the night before.

The women were led by a commoner and civilian, a woman named Maria Pita. Pita led a charge against the oncoming Englishmen. The English commander, carrying the banner of the army on a spear, met her. She tore the spear from his hands and killed him with it, flag still attached. When the 12,000 Englishmen saw their commander on the wrong end of a spear, they broke and ran.

Pita then led a counterattack outside the old city walls, following the English to the sea. Completely demoralized, the English failed to capture the sleepy fishing town. Reinforcements from Santander were soon on their way, and the English departed. They lost 1,300 men in the effort and had to leave much of their supplies behind.

King Philip II gave Maria Pita the rank of “permanent second lieutenant of the city.” The English also failed to capture Lisbon and liberate Portugal from French rule. After sacking a few coastal towns, Drake sailed back to England in failure.

Feature image: Monument of the heroine Maria Pita in the Square of the Town Hall of A Coruña (Wikimedia Commons)