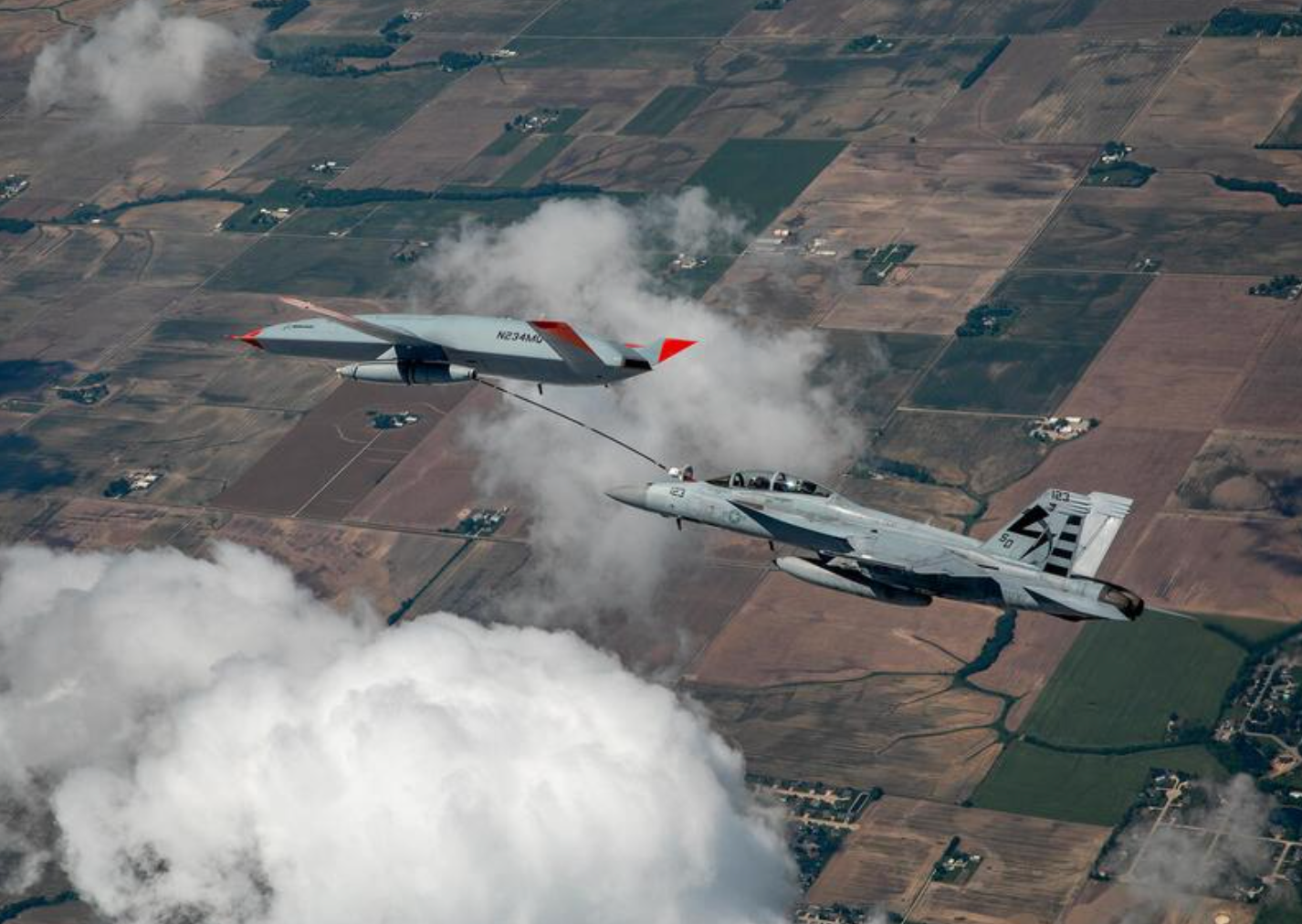 The Navy began developing a carrier-based UAV in 2006. Called the Unmanned Carrier-Launched Airborne Surveillance and Strike program, the Navy wanted a stealthy strike aircraft for penetrating enemy air defenses. However, delays in the UCLASS program redirected the Navy’s efforts to other roles. Under the Carrier-Based Aerial-Refueling System, the Navy sought to bring a Super Hornet-sized carrier-based aerial refueling tanker drone to the fleet. In July 2016, the concept was officially given the name MQ-25A Stingray.

In October 2017, the Navy requested proposals from Lockheed Martin, Boeing, Northrop Grumman and General Atomics for the Stingray. On August 30, 2018, Boeing was announced the winner of the competition. An $805 million contract was issued for four MQ-25As to be produced by August 2024. Three more aircraft were ordered in 2020.

The successful midair refueling between the Stingray and Super Hornet on June 4 was the first major milestone in the future of unmanned carrier-based aircraft. “During the flight, the receiver Navy F/A-18 [Super] Hornet approached the Boeing-owned MQ-25 T1 test asset, conducted a formation evaluation, wake survey, drogue tracking and then plugged with the unmanned aircraft. T1 then successfully transferred fuel from its Aerial Refueling Store (ARS) to the F/A-18,” said Naval Air Systems Command.

Designated T1, the first Stingray is scheduled to test basic deck handling aboard an in-port aircraft carrier in Norfolk later this year. The Navy is now set to buy 76 MQ-25As at a cost of $1.3 billion. Initial operating capability for the MQ-25A is set for 2025.