How dogs become courageous warfighters in the military 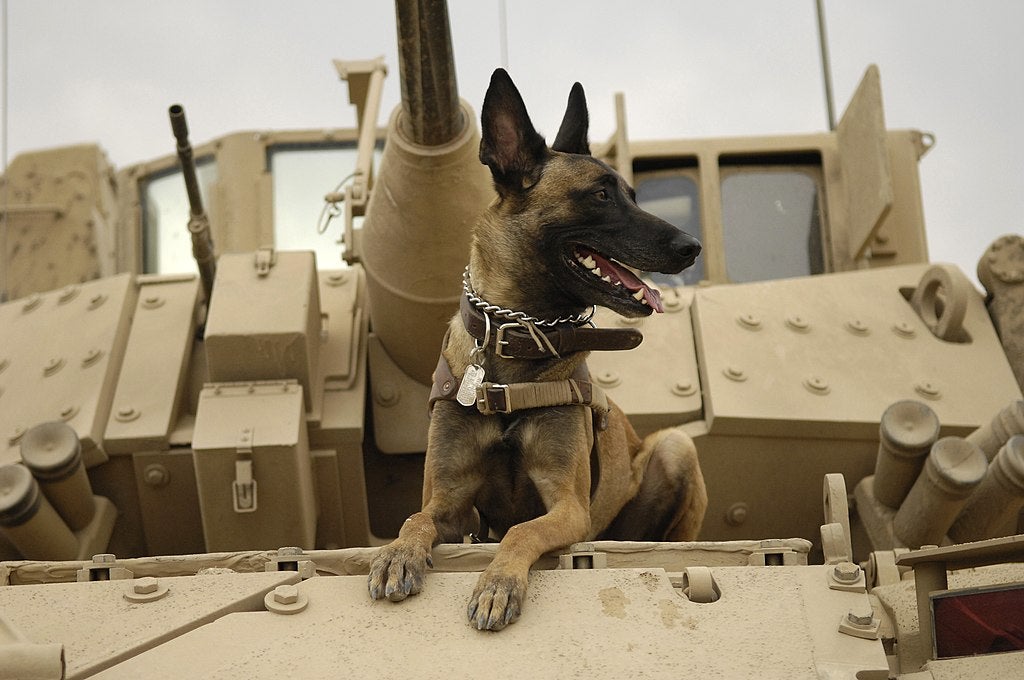 The relationship between dogs and humans is extraordinary. There is no other animal whose language we understand better. We know a nervous yip from a threatening one, a bark that says get lost, and one that says hello. We can tell if they are happy, sad, scared or playful by looking at their body language.

Humans and dogs created an unbreakable bond in that when people went to war, dogs joined them naturally. The recorded use of military dogs began in 600 BC by the Romans, Egyptians, and Greeks. Nevertheless, no military recorded in history has utilized them as successfully and widely as the United States. As early as 1770, dogs were utilized for naval sentry fixings in France. The original use of dogs in the United States for military purposes was during the Seminole Wars. During the American Civil War, dogs were used to protect, send messages and watch prisoners. In World War I, dogs were utilized as mascots to spread American propaganda and conscripting posters.

Military dogs have been warfighters beside our troops in each major fight since the birth of the United States nation, where they were not formally documented until World War II. Before World War II, dogs were generally utilized as message carriers and guards; however, nowadays, they are trained to conduct a vast range of extremely specialized responsibilities like tracking individuals, sniffing out drugs and bombs, and even attacking when necessary.

Canine warfighters with an average career length of at least 11 years go through a highly in-depth valuation before being verified, and only half proceed through training. These military dogs are anticipated to have a tremendously sharp sense of smell and be void of physical problems. In addition, they have to be influenced by a reward system and be able to attack on command. Numerous puppies have been eliminated because they express signs of anxiety at having to bite a human.

A common misconception is that every military dog is a German Shepherd, but there are other common military breeds, including Belgian Malinois, Doberman Pinchers, Dutch Shepherds, and Labrador Retrievers.

The United States Military has carefully selected these military dogs for many years. Most of them were purchased from Netherlands and Germany since their canines are bred for military service. Therefore, these criteria enabled the United States to choose ideal dogs with a balance of aggressiveness and intelligence who were eventually trained to become courageous warfighters in the military.

The government has continuously collaborated with different kennels to get the best military dogs. The latest is the American Kennel Association, which has an exemplary breeding program concentrated solely on evolving a personal pool of military dogs.

These military dogs have been extensively trained, resulting in an approximate 98% accuracy in detecting drugs and bombs. Military dogs are regarded as non-commissioned officers when they complete their entire training. One interesting thing is how their rank has been one step more advanced than their handler to ensure there is no dog exploitation while in the military.

Ideally, these military dogs are expertly trained for either patrol or detection tasks, where most times it is both. Whatever the mission, they are trained to conduct the task at hand exemplary. In the dogs’ world, these tasks are like a game since their objective is to gratify their handler and get a reward for a perfectly done job, whether it is biting a human, detecting drugs and explosives, or locating an asset.

Most may wonder why dogs are most sorted for these military services, unlike other animals, people, or equipment. The truth is that they have olfactory glands that are at least 10,000 times more effective than humans and any equipment that has ever been developed.

Extensive science and technological advancements have been geared towards attempting to imitate the functions that the dogs perform, and they have proved unsuccessful. As such, these military dogs’ duties are unique and excellent and will never be replaced.