Why martial arts are still important to the military 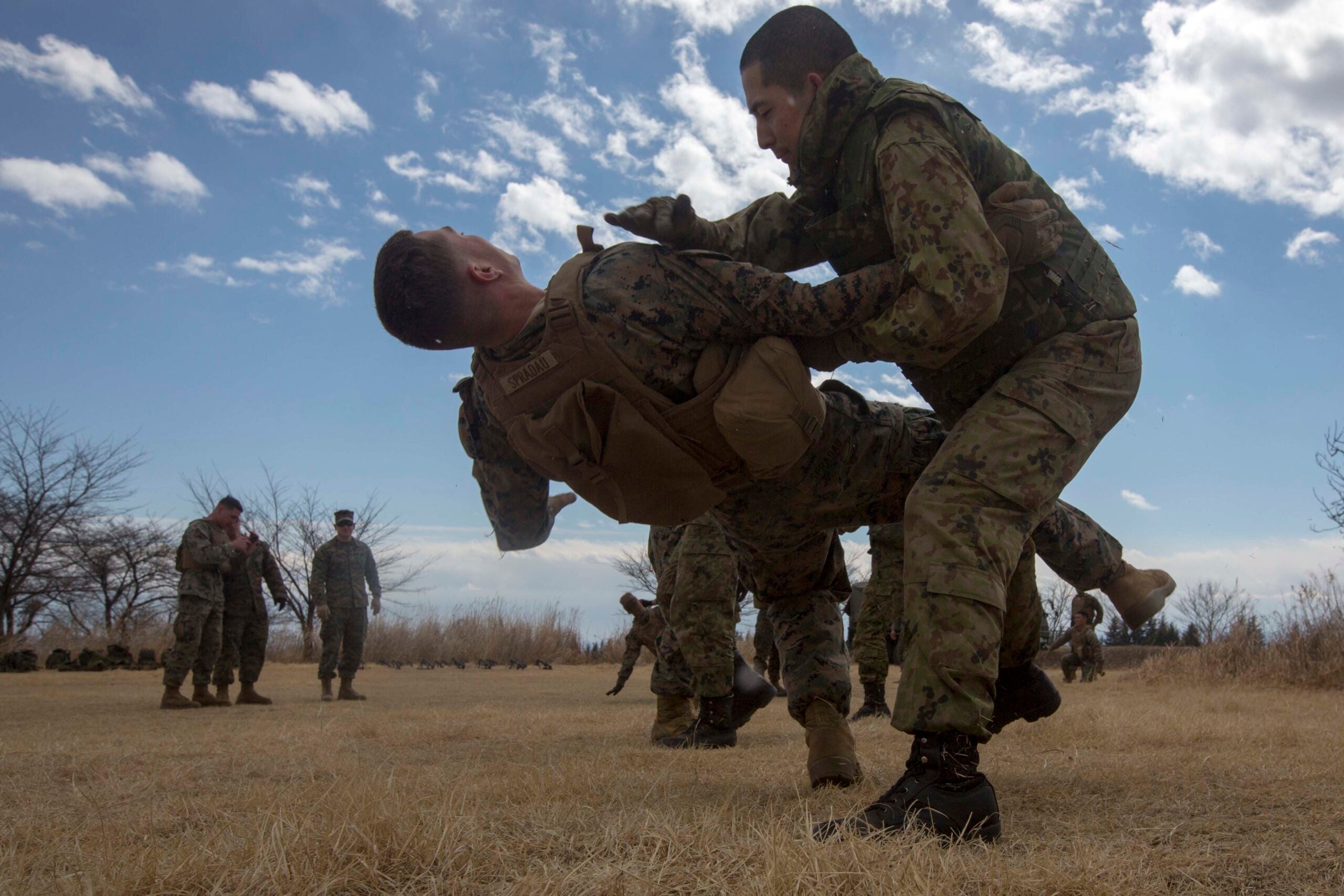 In ancient times, the Roman god of war was Mars. He was in charge of everything military, such as warriors, weaponry and military formations. Today, the modern term Martial Art is defined as a set of combat skills and self-defense techniques practiced as a sport. Modern warfighting has changed significantly as compared to ancient times. Yet, many services and armies have adopted or created some methods of martial arts.

The reasons behind such measures are because times have proven that hand-to-hand combat is necessary and irreplaceable. WATM sat down with Captain (CPT) Lirim Bllaca, a recently retired officer in the Kosovo Armed Forces, to get his insights into implementing modern martial arts into professional armies. As the leader of the Martial Arts Program at Kosovo’s Military Academy, he also shared his concerns about the future of martial arts in the armed forces and that it will be less utilized as armies modernize even more.

A capable martial artist—the most effective warrior, if time and resources allow

We started our conversation with CPT Bllaca to understand how the profession of arms relates to martial arts. “I believe that there is a profound and intense link between martial arts and the military occupation. Martial arts have been a part of the military occupation before it was an occupation per se. As a matter of fact, for the longest time in history, the people most concerned with martial arts were the same people who were expected to do the fighting on behalf of their society, i.e., the military,” Bllaca said. It appears that martial arts and the art of war have one thing in common, the enemy. They both tend to come out on the winning side, making the similarities even greater.

As an obsessed martial art enthusiast, he shares the belief that skills in the employment of violence will make the difference between the winner and the loser. “…but historically, the people who were capable martial artists were also the most effective warriors. Hence, the link between the two is strong, and, for me, it is difficult to imagine the military occupation without martial arts.”

The emphasis given to building a winning mentality and preparing soldiers to overcome any enemy—even by hand has a psychological effect on nurturing professional warriors. Of course, the task is easier said than done; however, armies worldwide are creative in implementing proven disciplines or creating their own. Some have succeeded, while others have become a good idea on paper.

The United States Marine Corps is unique in many ways. They’ve decided to be even more special by designing the Marine Corps Martial Arts Program (MCMAP). The program combines 17 different martial arts such as wrestling, Brazilian jiu-jitsu, Muay Thai, etc. The MCMAP comprises mental, character, and physical disciplines, each of equal importance. The levels are classified by tan, grey, green, brown, and black belt.

The U.S. Army has adopted Modern Army Combatives, a combination of martial arts systems such as Krav Maga, Brazilian jiu-jitsu, judo, eskrima, and many more. It has been formalized in the Army’s school system, meaning each career course will have a set number of minimum hours to be taught and practiced. There are three basic options upon encountering a resistant opponent:

These may sound like easy steps, but like all martial arts, they require calmness and concentration. The general consensus among many military martial arts is that the mind must control the body in any situation or technique.

Striking or grappling? A difficult balance!

Bllaca believes that grappling-based martial arts are more appropriate for the modern military occupation context. First, the reason is that “there are fewer dangerous head injuries in grappling arts, thereby making them relatively safer. Second, grappling martial arts, such as Brazilian Jiu-Jitsu, allow for the skilled fighter to have more control of a situation.” This also allows practitioners to pin down opponents without further escalation of the situation. The minimal amount of resources required to apply grappling arts are countered by the fact as “it takes, on average, 10 years to earn a black belt in Brazilian Jiu-Jitsu.”

Lack of time and resources is a significant threat in implementing martial arts across the military. Because ‘everything’ is a priority, some decision-makers sometimes see activities such as martial arts as ‘excessive extra-curricular activities.’ As Bllaca sees it, soldiers feel like they “do not really need martial arts to complete their daily tasks. Soldiers are busy doing other tasks and those tasks require different training. Hence, prioritizing martial arts training over other tasks often becomes difficult. When considering other logistical considerations, it can become almost impossible to schedule martial arts training without sacrificing something else, often quite important.”

Another challenge is the injuries. Due to the activity being defined by physical contact, injuries are common. Then soldiers are out of duty for long periods. So one of the key recommendations made by Bllaca is that “meticulous planning and careful execution is required in order to implement martial arts programs into the military occupation without negatively impacting organizational effectiveness.”

While technological advancement has totally shifted warfare, martial arts are still around. The way ahead seems to be a bit uncertain, but if they’ve survived for thousands of years, they’ll find a way to fit into the profession they’ve always belonged to. Of course, the fact that Mixed Martial Arts is the world’s third most popular sport won’t hurt, and it might be the key to recruiting more future warriors.