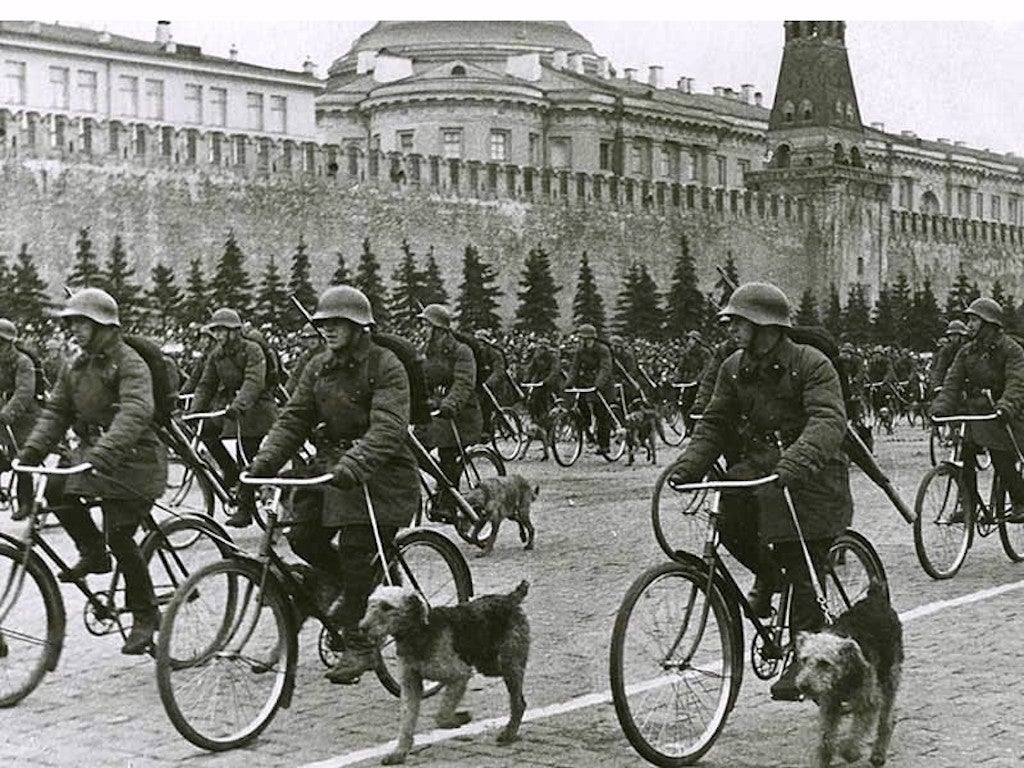 The intelligence of dogs has turned the tides for many wars, making way for significant advancements. However, we rarely think about animals as a wielder of weapons, let alone harnessing the ability to take down entire vehicles. However, that’s exactly what dogs did for entire decades.

Russian and German forces alike trained dogs to carry explosives to foreign takes and armored vehicles, as well as additional military targets. Between 1930 and 1996 (which is surprisingly modern), the dogs were involved in ongoing missions to reduce enemy vehicles.

The dogs underwent strict training in which they would carry bombs to their target, then retreat. Known as “dog mines,” the dogs would have made it to safety before the devices ever detonated, which operated on a timer.

This same tactic was used against the Germans between 1941 and 1943. These so-called “anti-tank dogs” were relied upon heavily during this time to stop German advancements. The Red Army greatly increased their training methods and brought in more than 40,000 dogs during these two years alone.

However, many issues were soon found. For one, the Germans quickly learned of the dogs and simply shot them with the tanks. In addition, Russia trained the dogs with their own diesel tanks and German versions operated on gasoline. The dogs, operating on smell, would instead seek out Soviet tanks.

Despite these high numbers, however, no data sharing actually success was released. Soviets reported 300 German tanks that were damaged by dogs, though that’s believed to be inflated to justify their time and expense in the program.

Training continued until 1996, though it’s unclear if the anti-tank dogs were ever used again in battle.

Toward the end of World War II, the United States began using similar dog defenses, but found issues within the program and quickly abandoned it. For instance, dogs had a difficult time releasing the bombs and would return with the bombs still upon them. (In a live event, this would have killed US military members and the dog alike.) Trainers also found that dogs became confused when their target changed, and knowing what a dog’s target would be in advance would be impossible. In addition, dogs were only successful with still targets and would not approach moving vehicles.

Japan is the final country on record to attempt dog training against tanks, when they received 25,000 dogs from Germany, but not data is provided on their efforts.

Dogs carrying explosives was attempted once more in 2005, but once again proved to be unreliable. They replaced dogs with donkeys, who proved to be less skittish and less obvious when carrying large amounts of explosives without causing suspicion.