From Marine One crew chief to 'Criminal Minds,' this military consultant brings his best to the set - We Are The Mighty

From Marine One crew chief to ‘Criminal Minds,’ this military consultant brings his best to the set 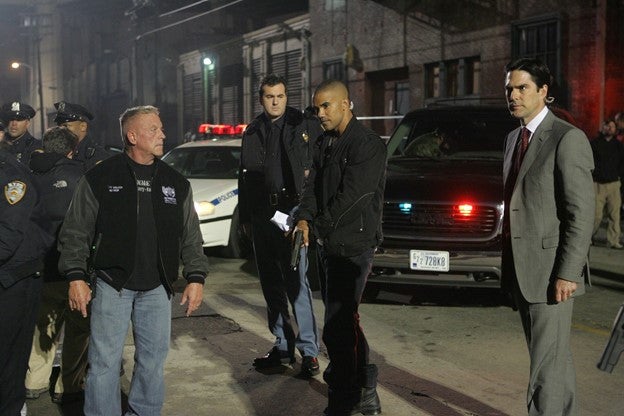 Retired Marine Master Sergeant Matt Sigloch is known for his technical advising and stunt work on TV shows such as JAG, NCIS, Criminal Minds and films such as Terminator: Genisys, Logan, Hail, Caesar! and Déjà Vu. Sigloch sits down with WATM to share his experiences and how the Corps has shaped his life’s success.

1. Tell me about your family and your life growing up?

My father was an architect and my mother was a teacher. I grew up in a town named Rhinecliff, NY. We were just a normal American family. My brother joined the Navy and became a mechanical engineer while my sister became a schoolteacher. My family sent me to Valley Forge Military Academy (VFMA) which got my grades squared away and had me focus on going to the Naval Academy, as VFMA was a prep school for service academies. I turned down an appointment to the Naval Academy as I was 18 and going to be married; Annapolis at the time did not allow midshipmen to be married while attending the school. After turning down my appointment to the Academy, I joined the Marines and was in Parris Island, SC, five days later.

2. What made you want to become a Marine and what was your experience like?

I wanted to be a Marine and enjoyed my time at military school, so it made sense. I learned that military school was not bootcamp, which was very tough.  I did graduate as the Platoon Guide from PI. My fiancé sent me a picture of us at the VFMA ball from the year prior and the DIs intercepted the mail and held on to for a little while. They eventually gave me the mail, picture and some “extra training.” While at PI I was screened for the American Spirit Honor Medal and won! I don’t anyone else who has received it.

I was meritoriously promoted to all ranks up to SSgt and then had to wait to be deeply selected for gunny due to not having enough “time in service.” My service in the Corps took me to Okinawa and then to be the crew chief for HMX-1 for President Reagan’s first term. This was my greatest service in the Corps, and it was a very important duty. I was in charge of the aircraft’s maintenance. While with HMX-1 I wrote the book on how to do the detail of Marine One. I watch it on TV today, and it has not changed much at all except they have more crew chiefs in their rotation. When I was there it was just me. Per legend, the US Army lost the role of having the presidential aircraft because they would not do a full cleaning of the aircraft, they only cleaned where people could see. The Marines stepped in and have owned that position ever since.

A phrase my father taught me was, “You can tell the measure of a guy if the heels of his dress shoes are as shiny as the toes of his shoes. Otherwise, he is not a complete person.” Thoroughness was vital in taking care of the president’s helicopter.

3. What are you most proud of from your service in the Corps?

Serving on Marine One. How can you do any better than being responsible for the flight that the president takes so often? An overwhelming responsibility. You are running on empty because you are working so much, but you put your dress blues on and you get the bird ready and you are on a high.

4. What values have you carried over from the Marines into Hollywood?

Integrity, loyalty and leadership will help you all through your life in Hollywood or wherever.

5. What project did you most enjoy doing while working in Hollywood?

JAG for 10 years — I was in charge of making sure people were in the right uniform, look good, had their haircuts and were groomed, and I worked for Don Bellisario, TV show producer and fellow Marine. If there was a person in uniform whether in front of the camera or an extra in the background I was on set.

6. What was it like working on shows like JAG, NCIS, Criminal Minds and films such as Terminator: Genisys, Logan, Hail, Caesar! and Déjà Vu?

On Hail, Caesar! I had to teach extras in Roman gear — it was very hot and difficult on the extras. The heat made it tough and not for the faint of heart. It turned out well on the film though.

Terminator: Genisys was fun, but super hot with a lot of mosquitoes there in New Orleans. We were fighting battles on set and then fighting the mosquitoes.

On Logan, I did a bootcamp to get the actors in the right mindset which was great.

Déjà Vu was a lot of fun and working with Tony Scott was amazing. We worked on a cool scene with a tactical team going to breach a house on location in Miami, then we shifted to recreating the house on a Universal Studios sound stage. We were able to get the troops trained and squared for their tactical work in the shoot. Tony was just so professional, and he let everyone do their jobs, especially the specialists.

Working with Oliver Stone on W was a great experience as well. Stone even made up a role for me in the movie.

7. What was your experience in working with Mr. Bellisario of Magnum PI, JAG and NCIS fame?

Don is very outspoken — he will call you out if you are unprofessional or wrong. People either love him or hate him. We keep in touch and email each other on every Marine Corps birthday. There are more people that like him though.

8. What leadership lessons in life and from the Corps have helped you most in your career?

Being thorough and having integrity.

9. As a service, how do we get more Marine stories told in the Hollywood arena?

We have so many stories to tell, but they must be so good that an actor will attach themselves to the project. The actor, especially A listers, bring the money in. You cannot get a scrub actor to greenlight a project.

Actor Joe Mantegna, on the board of SAG, is a big Marine Corps supporter. He has a lot of Marine Corps shirts and does everything he can to get the Marines recognized.

10. What are you most proud of in life and your career?

My family without a doubt. They put up with me being deployed and working in Hollywood. I have been gone a lot.