The 10 most useless GI Joes of all time 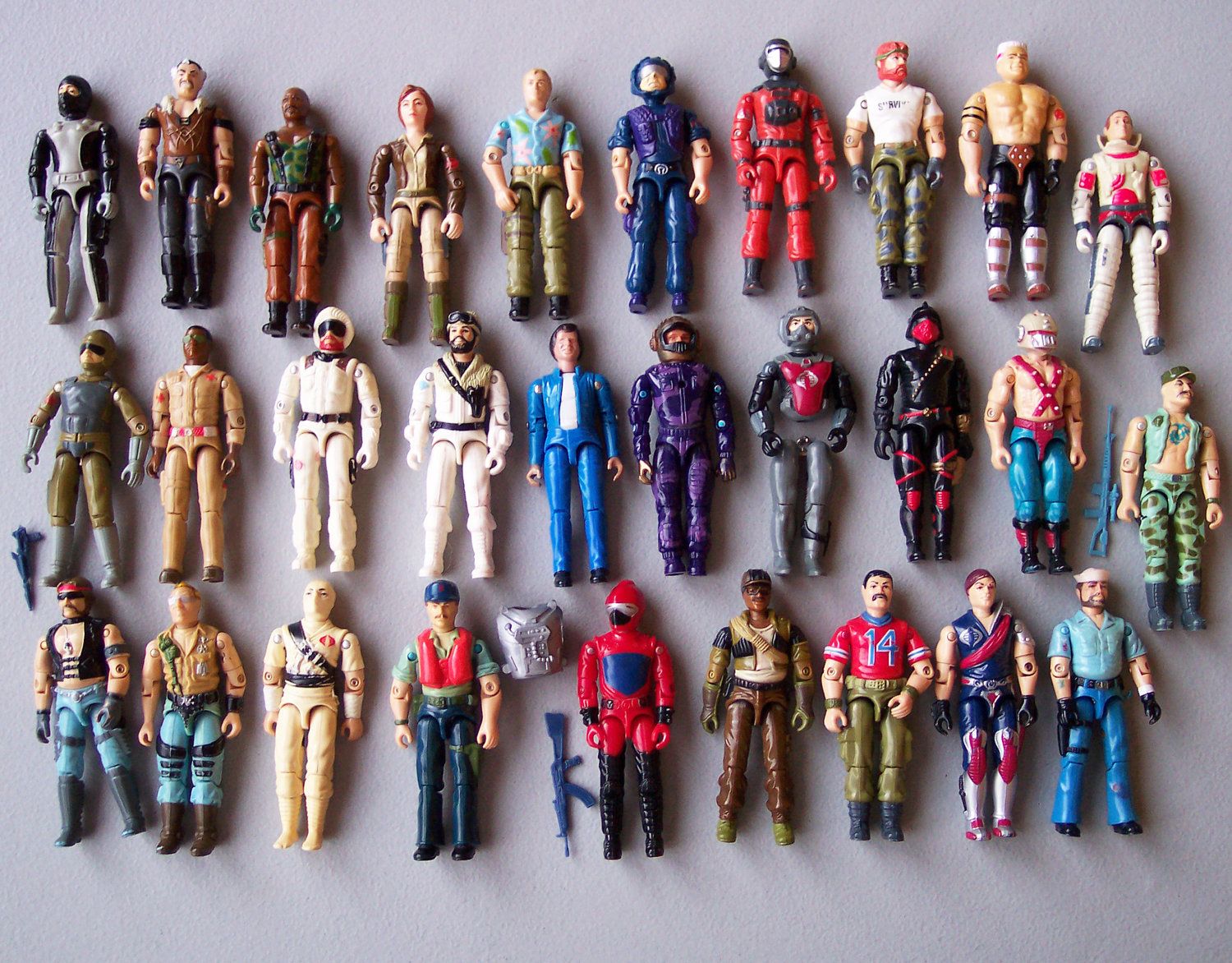 GI Joe is a national treasure and the doll that has made red-blooded American males tough for decades. But not all GI Joes are created equal once the shooting starts. Here are the 10 most useless among them:

Altitude’s special abilities include making quick sketches while skydiving. It may or may not be relevant that he’s a full-blooded Apache. After the failure of syndicated cartoons, he joined the military. His photographic memory helps his sketches be as accurate as possible. According to his official filecard, he’s the first Joe ever to combine two totally different specialties – Reconnaissance and Combat Artistry.

Once the “baddest, hottest disc jockey in Boston,” Dee-Jay is a Communications expert who can work “complicated sound equipment… and coax strange sounds out of it with an infectious beat.” The only person more useless would be Cobra’s Falconer, but at least he knew how to dodge tax laws.

Metalhead is from the short-lived GI Joe EXTREME series. His specialty is computer communications and playing loud rock music in battle. He also has an “in-your-face attitude” (aka “being an asshole”).

Also, a leather vest and peace symbol necklace aren’t intimidating anyone, least of all Cobra Commander.

GI Joe’s hostage negotiator, Bullhorn is an “intervention specialist… an extremely calm individual, possessing an open and compassionate personality.” He “has the looks of a choirboy and is a good listener!”

The Colonel whose military specialty is “administrative strategist,” his filecard quotes him as saying “I’ll never surrender when I’m wearing a tie ’cause I can’t be beat when I’m neat!” His skills include organization and an efficient work ethic.

Colonel Courage’s filecard even says he rides a desk. Colonel Courage seems like the kind of Colonel who would deny Gung-Ho a promotion because his mustache was out of regs. Also I can’t take him seriously with a name like that.

I don’t understand why he’s not just called “Ice Cream.” They don’t call Leatherneck “Leatherneck Marine.” Anyway, this seems like a bet between some Hasbro execs to see if they could just sell anything. Ice Cream Soldier is a Fire Operations Expert and BBQ Chef. His filecard says his name is designed to make Cobra underestimate him, but his filecard quote makes that seem like a dodge: “Eating ice cream without hot fudge is like fighting without ammunition!”

His card specifically states Sci-Fi “lives in a slow-motion world. He takes everything real easy and is never in a hurry to get anywhere or do anything.” It sounds like Sci-Fi is the biggest Blue Falcon in the whole Joe organization. Also, his specialty is shooting a laser. Forget that everyone shoots lasers, Sci-Fi’s laser takes much longer to be effective so he shoots it miles away from the battlefield.

Neon green is obviously the go-to color to wear in any small arms situation.

Chuckles, with maybe the least threatening name of any GI Joe (keeping in mind that Ice Cream Soldier still has the word “soldier” in his name), is a former insurance investigator whose greatest skill is “likeability.” He works criminal investigations, in case any Joes violate the UCMJ. No one is really sure who Chuckles works for, but he shows up every day in his Hawaiian shirt, “grinning, cracking jokes, and punching Cobras in the shoulders.”

An environmental health specialist, Ozone cleans up dangerous chemicals while fixing the holes in Earth’s Ozone layer. “Yo Joe! Ozone is here!” said no Joe ever.

Hardball is a failed minor league baseball player who still dresses like he’s going to play baseball at any moment, as if he just can’t accept the fact that he couldn’t make it to the big leagues and joined the military instead. His specialties include being able to judge distances quickly and his ability to be a team player.