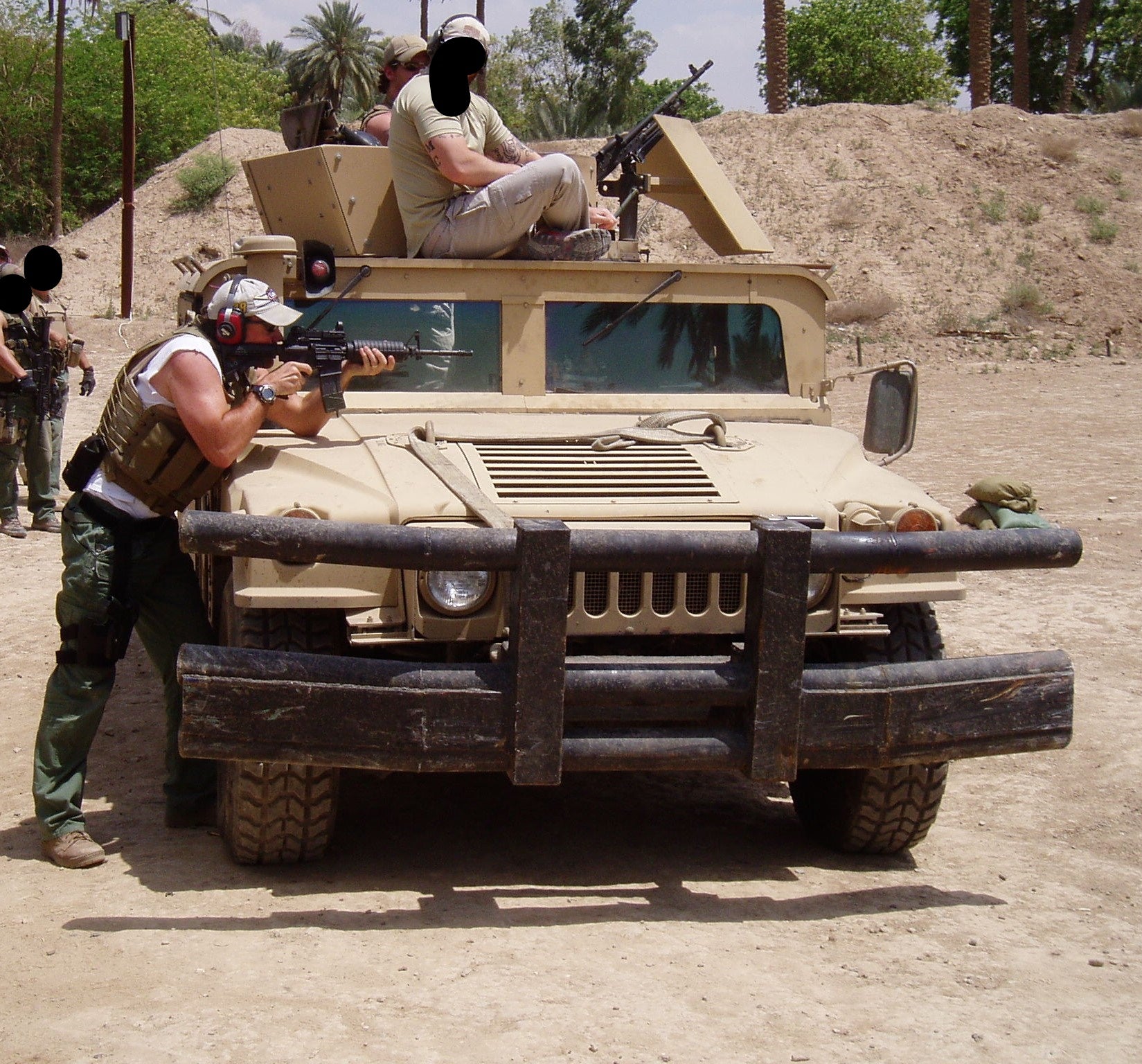 The High mobility multipurpose wheeled vehicle (HMMWV), better known as the Humvee is the military’s modern Jeep. It’s used to carry troops, evacuate the wounded and even launch surface-to-air missiles. The light, four-wheel drive trucks saw extensive use during Operation Desert Storm and immediately gained a reputation for their off-road capability. Shortly thereafter, due to high demand, the Humvee was released to the civilian market.

The military Humvee was produced by AM General, a heavy vehicle manufacturer in Indiana. When they opened the truck up to civilian sales in 1992, its name was changed to Hummer. Built in the same factory as its military counterpart, the Hummer shared many components with the Humvee. These included brakes, axles, body panels and the frame. Hummers and Humvees even came off the same assembly line and only diverged for painting and finishing.

The Hummer saw widespread popularity in the civilian market. It was advertised with an enthusiastic campaign from Arnold Schwarzenegger. Beyond this, the Hummer was a capable off-roader in its own right. Whether a buyer opted for a gasoline or diesel engine, the Hummer had plenty of power and torque to tackle off-road trails. Of course, this came at the cost of fuel economy (not that that mattered too much in the late ’90s). The Hummer had 16 inches of ground clearance, approach/departure angles of 72/37.5 degrees, could ford 30 inches of water, and climb a 22-inch step. Most Hummers also had a Central Tire Inflation System to inflate or deflate the tires as needed from the cabin with a push of a button.

In 1999, AM General struck a deal with General Motors. GM purchased the marketing rights to the Hummer name and marketed it as the Hummer H1 in anticipation of a newer version. In the meantime, AM General continued to produce their true military-derived Hummers for sale by GM.

Although the Hummer H1 remained in production until 2006, GM introduced the Hummer H2 in 2002. While the H2 was built by AM General under contract at their Indiana facility, the truck was not based on the military Humvee like the H1 was. Instead, the H2 was built on a modified GMT820 platform. Other vehicles built on the platform were the Cadillac Escalade, Chevrolet Tahoe and GMC Yukon.

Whereas the H1 retained the recovery points in the hood and/or bumpers that allow the Humvee to be recovered and air-lifted, the H2’s recovery points were purely decorative and did not connect to the vehicle’s frame. Additionally, the CITS on the H1’s wheels was shielded by a protective cover. Although the H2 didn’t have a CITS, its chrome wheels were shaped to imitate a CITS cover. Although the H2 was still a capable off-roader, it had drifted from its military origins and was marketed more as a lifestyle off-roader and status symbol.

The H2 remained in production until 2009. However, four years prior, GM introduced the Hummer H3. This time, AM General had nothing to do with the truck. The H3 was based on a modified GMT355 platform that was also used for the Chevrolet Colorado and GMC Canyon trucks. It was also built in the same GM facilities as the compact pickups. Still, the H3 was modified to have better off-road capability than Colorado/Canyon. It retained the H2’s ability to ford 27 inches of water and had good ground clearance, approach, and departure angles. However, a struggling economy and demand for better fuel economy eventually killed off the H3 and the Hummer brand as a whole in 2010.

In 2020, however, GM announced the revival of the Hummer brand. With the GMC Hummer EV, GM aims to resurrect the Hummer as an electric pickup truck and SUV. The company invested $2.2 billion into its Detroit/Hamtramck Assembly plant for the production of the new vehicle. While GM has advertised the Hummer EV’s off-road features like crab walk, adaptive air suspension, and steel underbody armor, the electric vehicle is a far cry from the Humvees that spawned the H1 and still fill military motor pools.